So I guess my third week of owning it, I decided it was time to lower the car. It was originally on megan lowering springs, but i just wasn’t happy with that drop. 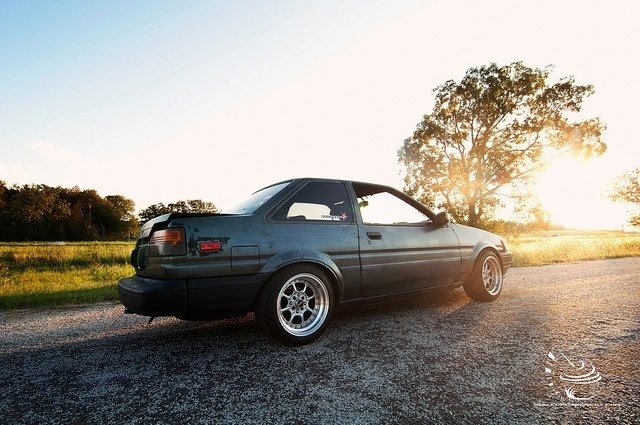 I had worked out a deal with my buddy Joseph (who has a 20v silvertop swapped 87 sr5 coupe, converted to gts). He recently picked up some STANCE coilovers so he was selling me his old set up — sw20 kyb agx shocks, techno toy tuning advanced strut tube spaces with battle version camber plates and drop in collars/coilover spring.

So that gave the levin a nice drop, but still wasn’t enough for me. So I decided to spin the collars down another inch and a half. The height now is low, but not excessively low. My Harbor Freight Lo-Pro jack has about .5-.75″ of clearance at the frame rails. I figured this is the perfect height for daily. I’ve already scraped on a couple large speed bumps. Luckily I have the strut tune spacers in there. I’ve heard and felt the top of the mcpherson strut hit my camber plates… But luckily with the spacers. My agx shocks are 2″ from full compression. Meaning, no blown shocks! (Like the peanut).

On another note, since the levin is a daily, I’ve decided to strip the hatch. So in the process, I swapped the pioneer speakers over to the levin. The levin had some 75w pioneers in the front, but they looked kind of old…

Along with it, came my alpine unit. So now I have something to bump the jams. I have a 12″ sub and box I thought about putting in, but realized it might be too big for me. So I’m opting out for a 10″. Anybody want a 12″ and box? Got one for sale. 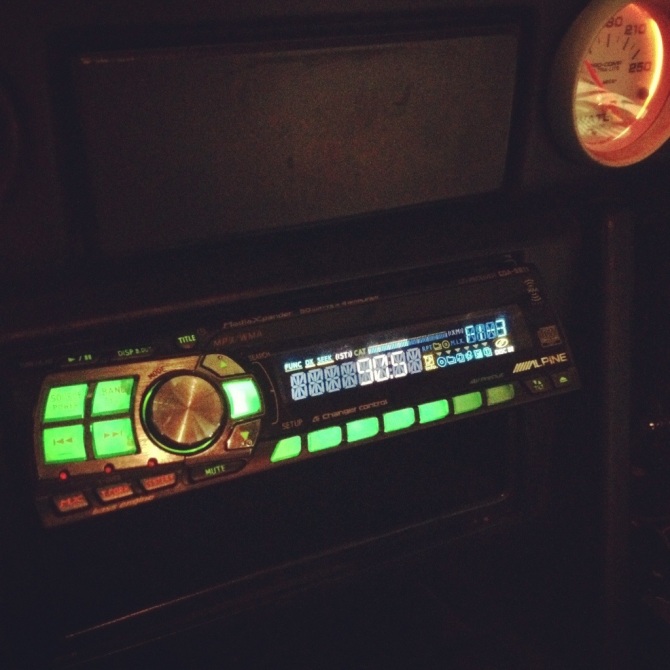 Next mod is to swap my hks sport onto the levin from thenhatch. It’s too loud for me as a daily. The hks sport should give it a nice low tone. 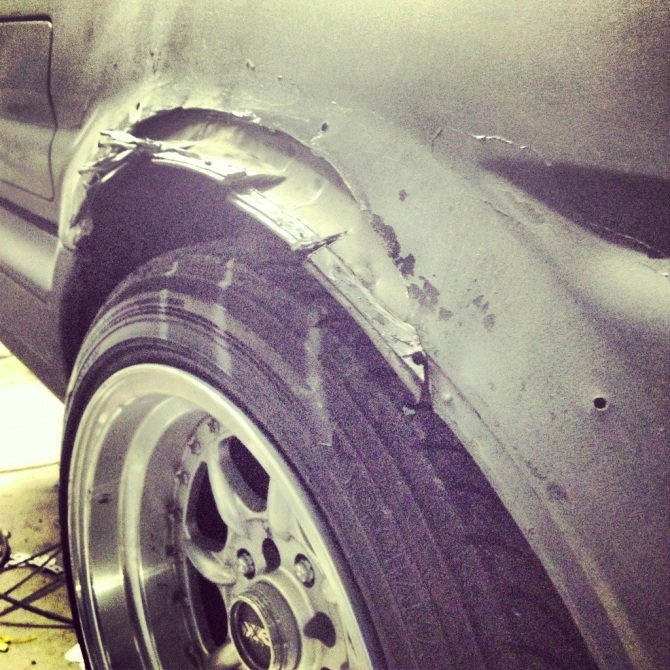