For the race at Eagles Canyon Raceway, I scored a USDM bumper for free. My friend, Danh had a bumper lying around, and was nice enough to give me is old bumper. 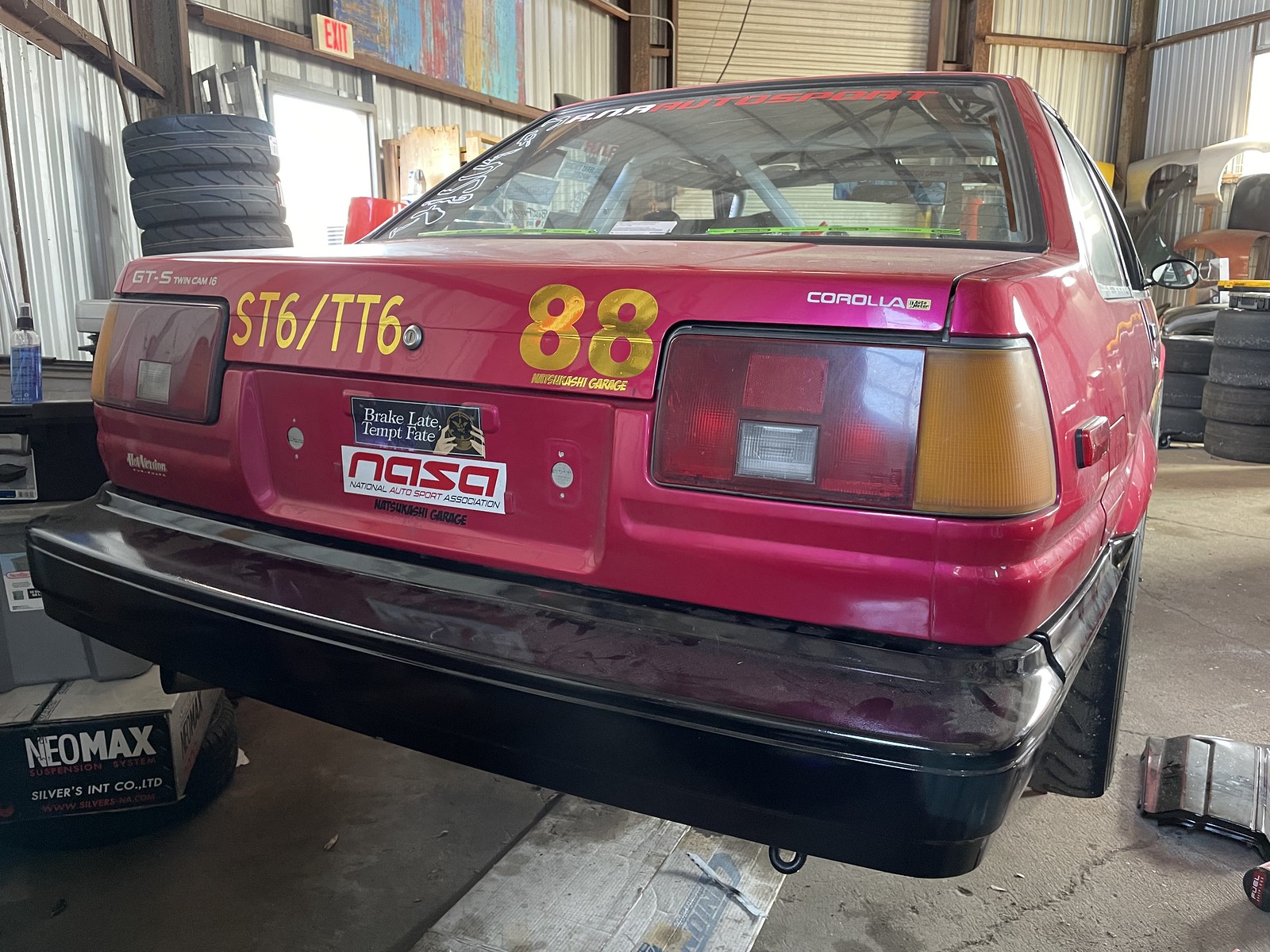 The bumper bolted right up, and now I have a rear bumper so someone can bump draft me. The USDM sticks out, but extra protection too, right? 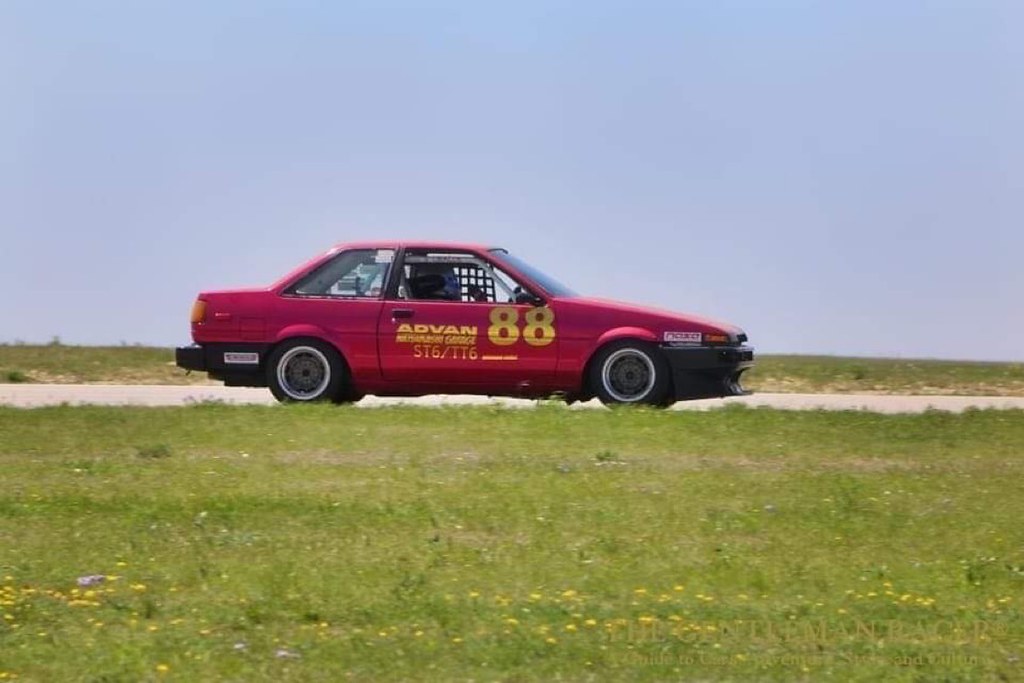 The rear bumper was about 25lbs, if i had to guess how heavy it was. Not noticeable, but the 86 was a tad bit oversteer. Race 1, I was able to finish 3rd with no issues. But race 2 was a different story. 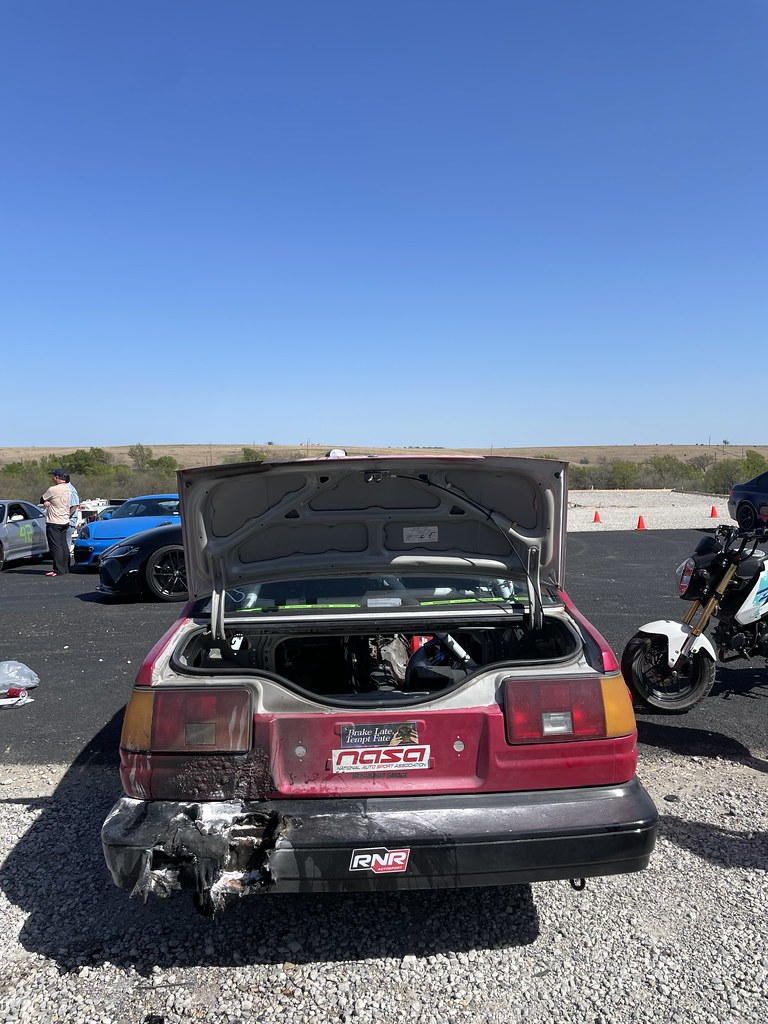 Early on in the race, my bumper caught on fire!!!! What happened was my Buddy Club Spec 2 exhaust sits very close to the USDM bumper. During the race, the bumper got too hot that it caught on fire. Thankfully from my racing friend, Carlos, he got my attention. We were battling hard, and then I noticed he was pointing at me in the rear view mirror. At first, I was thinking that Carlos was messing with me. But then I noticed the corner workers quickly picking up their radios. I didn’t see a flag, but I knew it was probably bad, and was for me. My instinct told me to pull over ASAP.

As soon as I stopped, I saw smoke in the rear. My gut feeling was a fire, and sure enough the rear bumper was on fire! I have fire suppression system, but it only sprays in the engine bay and cockpit. Thankfully I have a portable extinguisher, and was able to put out the bumper fire in time. Saving the car. 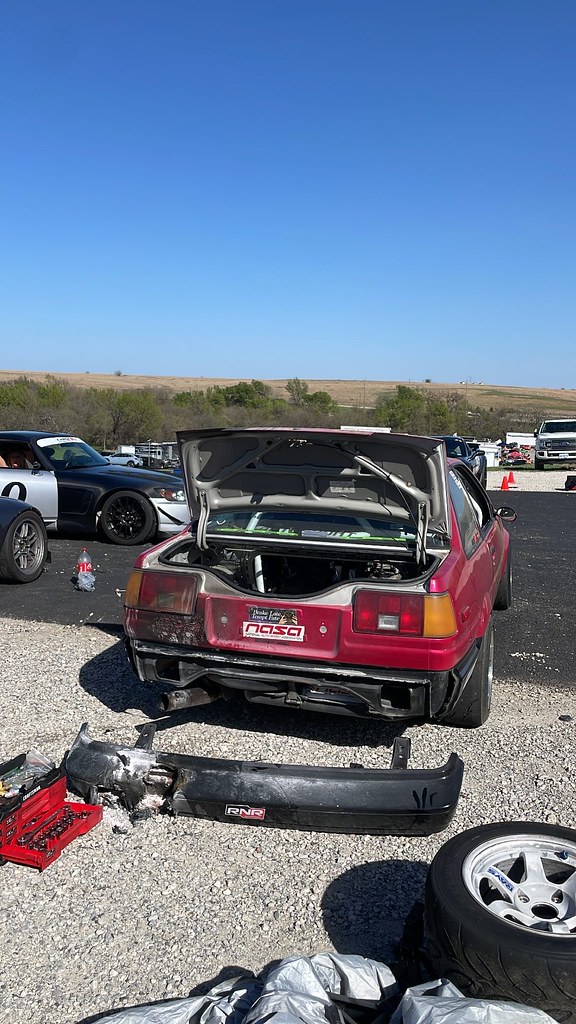 I removed the rear bumper and was able to race again. Thankfully no issues after that. Some tips for the readers: If the exhaust sits close to the bumper, its better to remove the bumper, or reroute the exhaust away from the bumper. Always have a fire extinguisher handy. Most cost about $20, and good insurance to have. 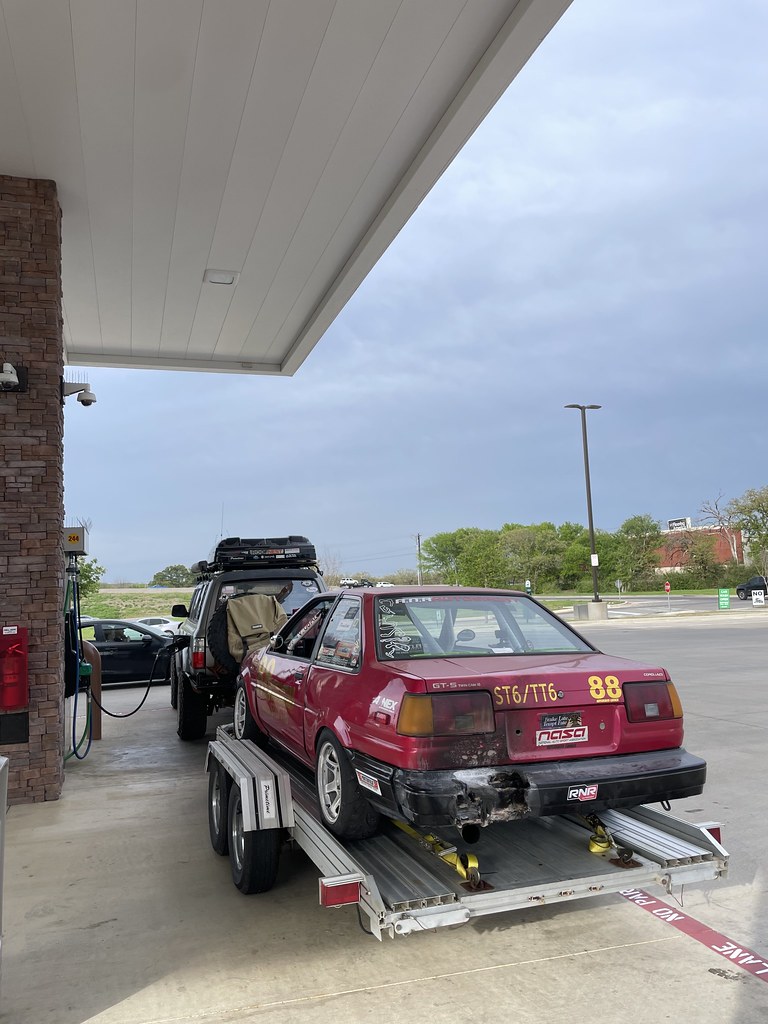 In my race at Eagles Canyon Raceway, I had a friend that blew the head gasket due to a small radiator leak. He was telling that debris caused the leak in the radiator and needed a mesh screen. That got me thinking I should probably do one for the 86. 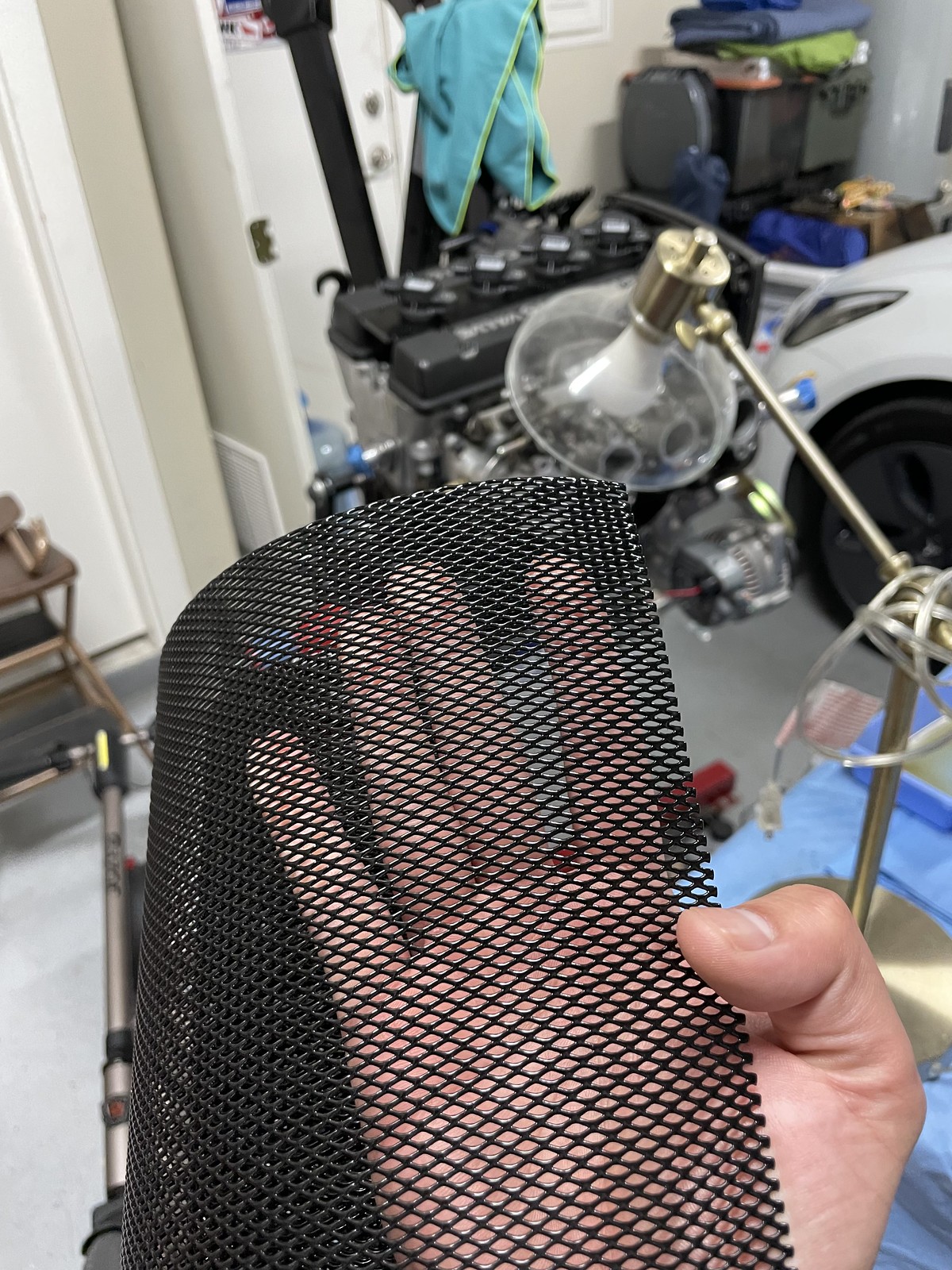 I bought this aluminum screen on amazon for $14. The screen was big enough to cover the front of the 86. The opening seemed more fine, then chicken wire screen. The screen looks too restrictive, but Ill find out next race if I have cooling issues. Its zip tied in 4 places. Seems secure enough. 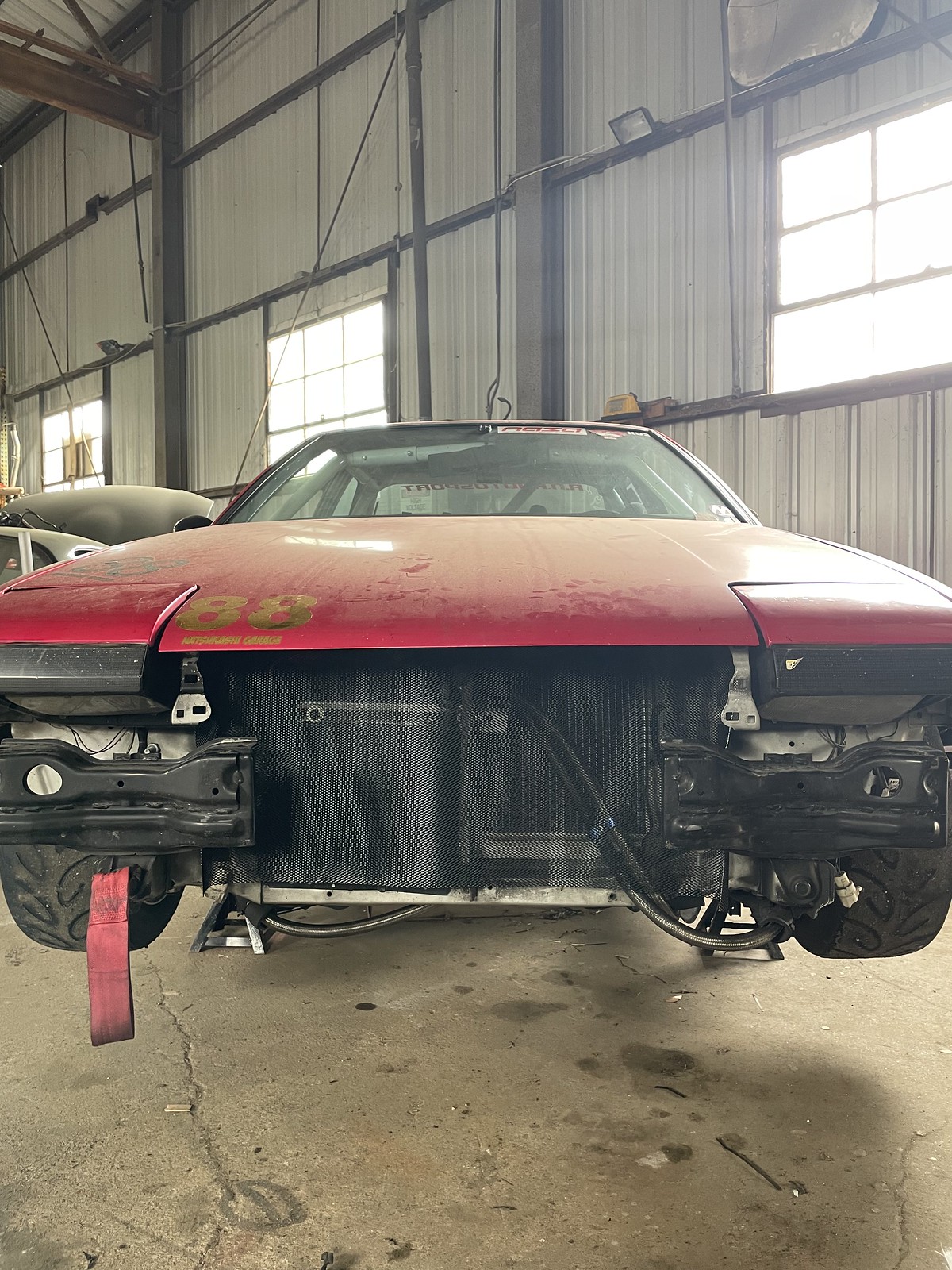 I think this screen should prevent debris from coming in, and busting a hole in the oil cooler of radiator, hopefully.