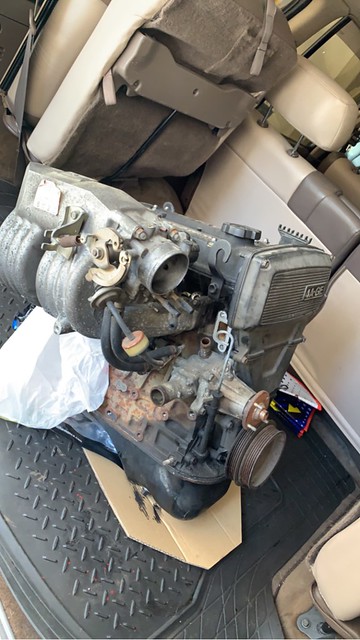 Having a a bad motor, I have 3 options: rebuild the motor by a machine shop, get another 16v 4age thats good, or just cut my losses and sell the car. Well, finally speaking just cutting my loses would be the best thing. But when you put time and effort into something, then you tend to grow an attachment to it. You become more determined to accomplish your goal. I could rebuild my motor, but local machine shops are asking $1300-$1700 for a full rebuild. I’m not even sure if the block or head are good enough for a rebuild. The machine shop will determine that, but that means paying for teardown too. So that leads me to buying another 16v 4age. 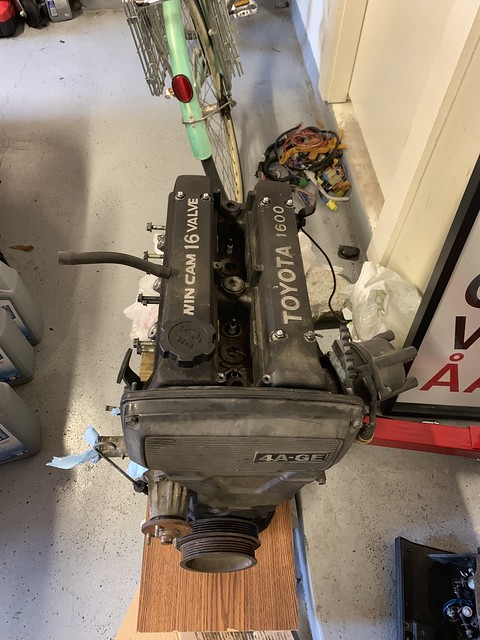 Looking for 16v 4age seemed pretty slim. There wasn’t any on eBay and when I was on facebook market place I didn’t see any recent post for 16v 4age for sale, yet alone locally in Houston. My friend, Thaison, offered his other small port 16v 4age. Unfotunatley he lives in Austin, and Im not sure when I’ll be able to go back to Austin to pick up the motor. So I started asking some car friends if they knew anybody that might have a 16v 4age. 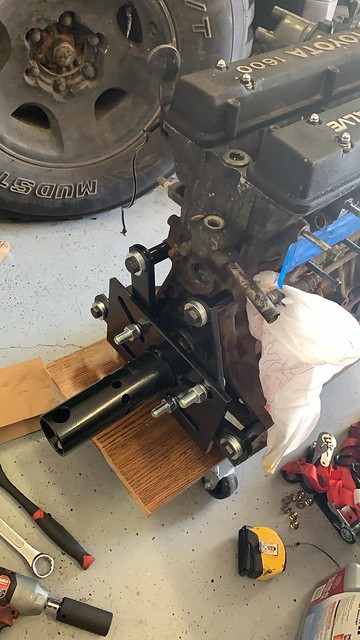 That leads me to Harris, who has a RHD AE86 GTS that he pulled the 16v 4age, because he wanted more power. He swapped in a 20V black top 4age ITBs. His build is pretty baller, with custom engine harness, coil on plug, and more high end goodies. That RHD AE86 was previously owned by my friend, Chris, which had the 16v 4age. I know the AE86 was running pretty good before the motor was pulled out. My chances of this motor being healthy was high. 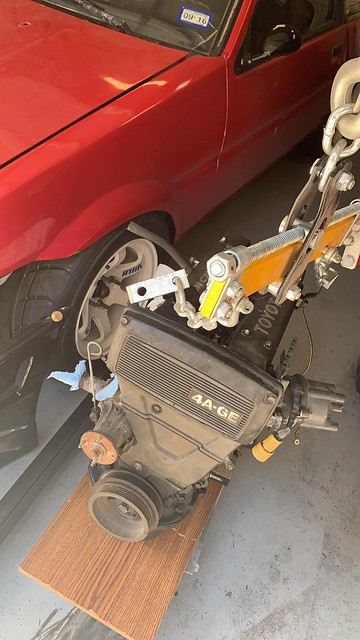 I now have a motor, but how am I going to able work on it. I had to buy a engine stand and engine hoist. Lucky I still had my Harbor Freight coupon and I scored a cheap engine stand. But the engine hoist was another thing. Brand new from harbor freight was at least $175 and I’m probably only going to use maybe couple of times. 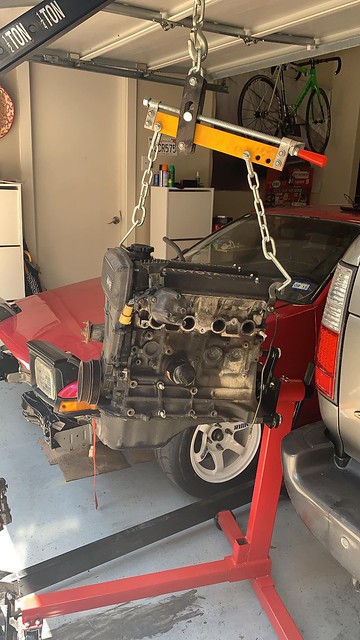 I started to look at the classifieds: craigslist, and Facebook marketplace. I was thinking, I’m sure there will be some people that want to get rid of their engine hoist after finishing a project car or doing a motor swap. Thats when I scored a really good deal. I picked up an engine hoist, 4 jack stands, 4 wheel dollies and an engine leveler for $100! The engine hoist was practically brand new. The seller had to sell his project car, and this was the leftover tools. I always try to buy used if I can, because you save money and most cases its barely used. 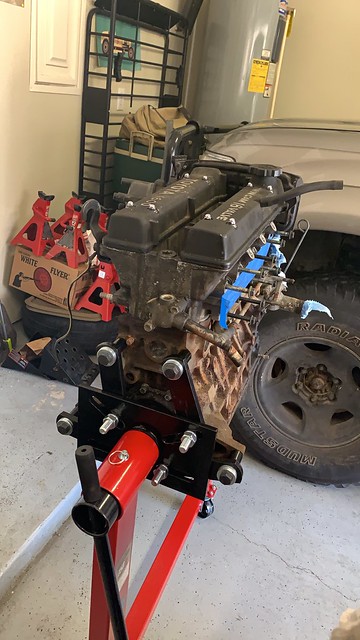 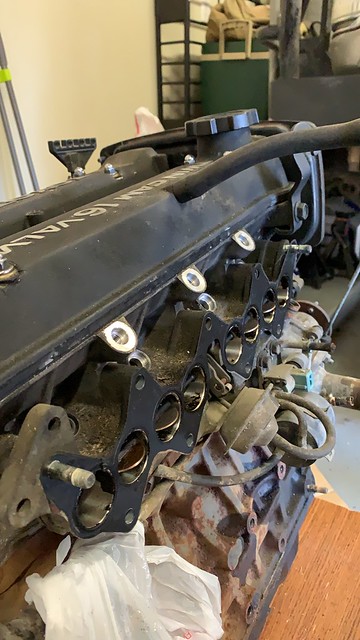 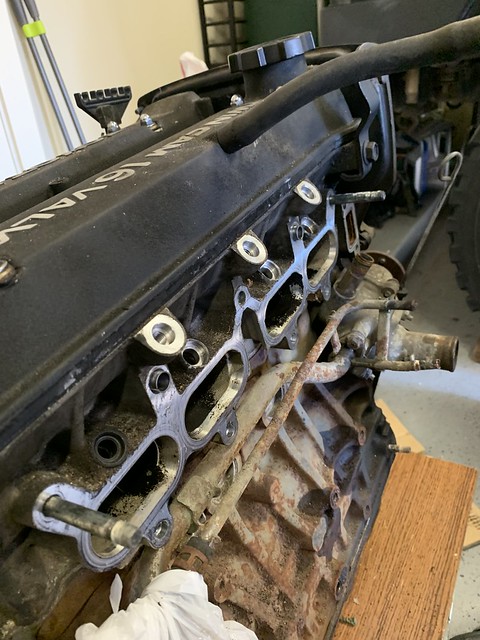 JDM 16v 4age large port 4age!!! Since its a large port, I have to get the ITB adapter for it, because the small port I have wont fit. But everything else I’ll swap over the parts and put new gaskets. Next step is pulling out the motor in the AE86. This will be my first engine pull. I’m kinda nervous and excited at the same time. My goal is to be able to pull it out in one day. I hope my neighbors wont mind, because space can be tight living in the city. 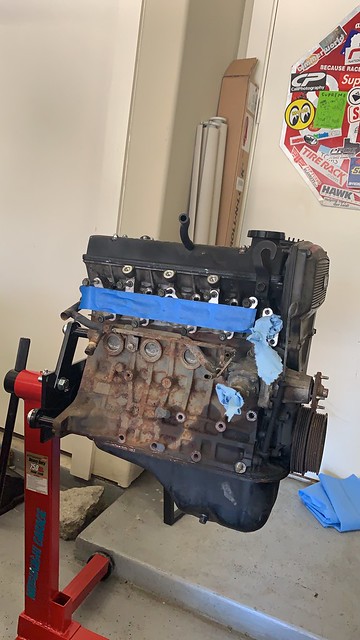 I’m still going to compression test, and leak down test my newly acquired motor. I want to make sure the motor is 100% healthy. You learn from your mistakes, just make sure you don’t repeat them. I know friends means the best intentions, and there will be times when issues happen, but I don’t let get to me. People always show their true intentions, especially during the bad times. If your friends offer to help with the cause, then you know they are good friends. Thanks to the homies that help me get this far! 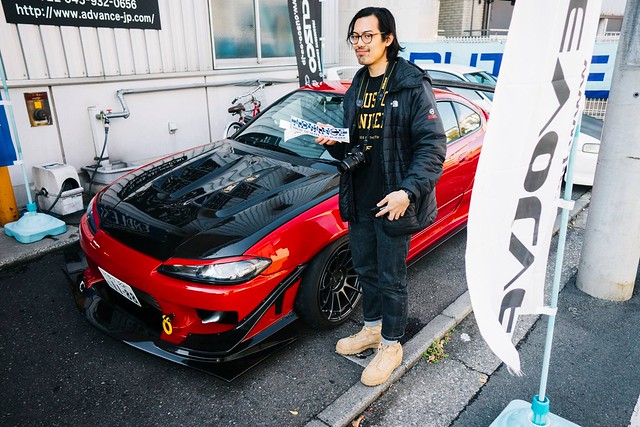 “I have money, it’s trust and character I need around me. You know, who you choose to be around you lets you know who you are. One car in exchange for knowing what a man’s made of? That’s a price I can live with.” -Han

Well, no one said life was always going to be easy. Found out the hard way, the motor on the AE86 is no good. Pretty bummed and disappointed about the outcome.

As the tuner was setting up the dyno, and adjusting the ecu setting, she started to smoke under load. Didn’t even get to do a dyno pull. The tuner was thinking originally its from the header wrap but the smoke was coming back form the exhaust.

The 2nd video shows how bad its was. She revs up, but its just ticking time bomb. Thankfully no rod knock but if we pushed it, she might have gotten to that point, or even worse and blow the motor. We canceled the tune and did a compression and leak down test. 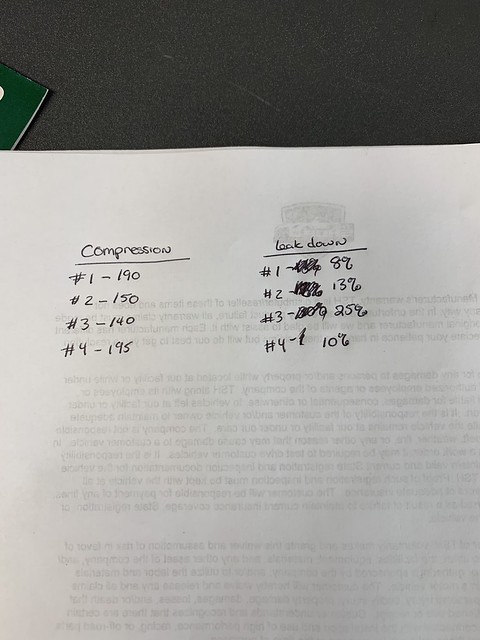 Cylinders 2 and 3 are in very bad shape. Lesson learned, always do a compression test before buying a motor. I did see metal shavings when I did an oil change, and smoked a bit on idle, but I didn’t think much of it. All I can do now at this point is rebuild this motor or get a good motor and swap that… Life teaches you things, and you learn from mistakes. Can’t give up now. 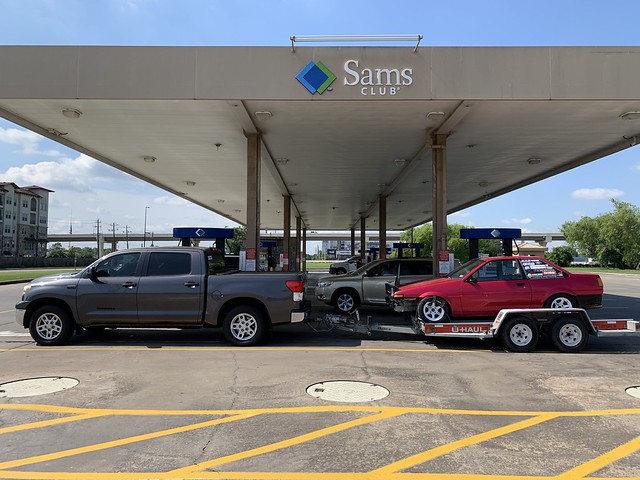 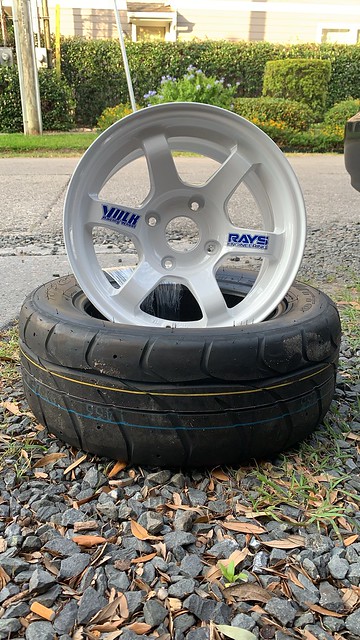 I finally bought NT01 for my Volk wheels. I chose the meaty 205/55/14 size because I wider footprint, meaning more grip at the track. But the 205/55/14 sizes are limited, and I only had two choices. I chose the Nitto NT01 over the Toyo R888 because I’ve had personal experience with NT01, and the Tokyo R888 tire is more of show tire. Some the track guys that ran R888 didn’t grip or last as long as the NT01s. 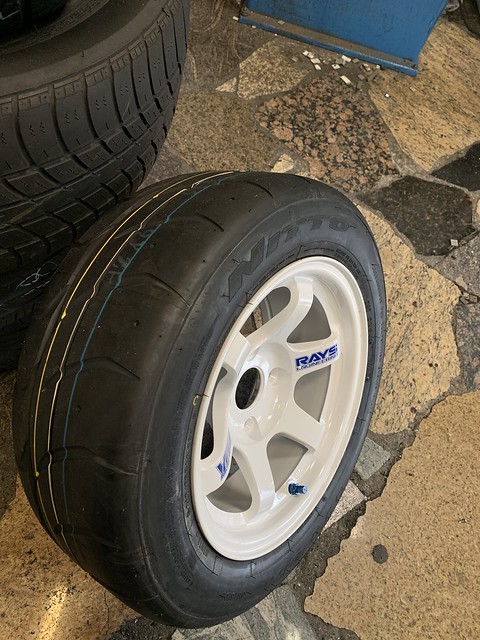 Meaty. Kinda funny how I was all into the stretched tires and poke. 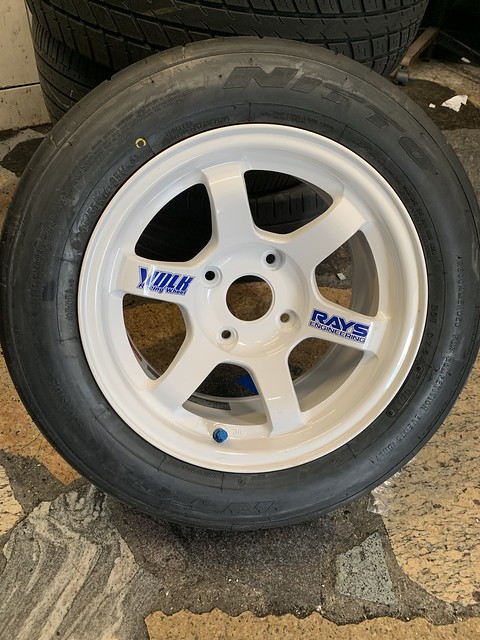 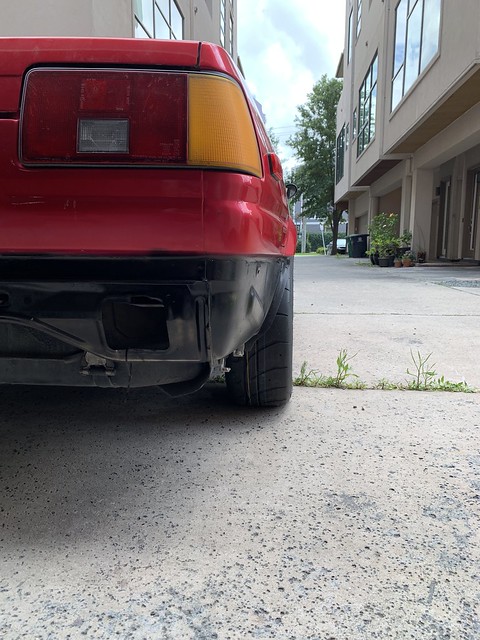 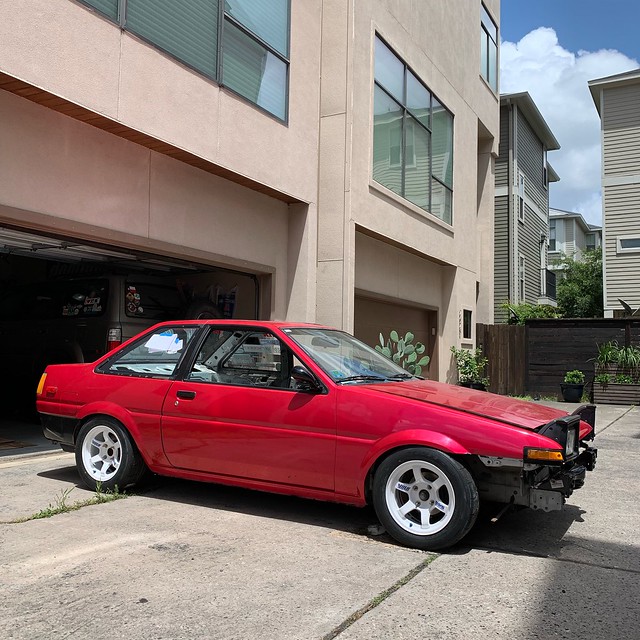 Wheels make or break a car, and you cant go wrong with TE37. Pretty soon she will be heading to the tuner!