Kinda late posting this been procrastinating but better late then never right?? Anyways, Lone Drift was held at the Gulf Greyhound Park in Houston. Thaison was coming down from Austin, and his first time drifting in a closed course.

We were actually suppose to met up at the Fry’s parking lot but we like to do things last minute and we met up on the highway instead. While heading to the drift event, Thaison was hauling ass. I don’t think I never drove my Miata that fast before. Not knowing where the entrance was, we ended up taking the back entrance and almost getting stuck on the speedbump. I thought I was going to get in for free but one of the volunteers spotted me and noticing I didn’t have a wrist band that I had to go to the main entrance and pay. I was soooo tempted to drift my car with the demon camber but I didn’t have $85 cash to drift.

The weather was actually perfect and not too hot or sunny like the Texas summer heat. We ended up setting up a tent, and I bought my tools and food. Having been to car shows and previous drift events, its good idea to bring food because sometimes you never know how far the nearest fast food place is at OOORRRRR the food trucks serve overpriced food. 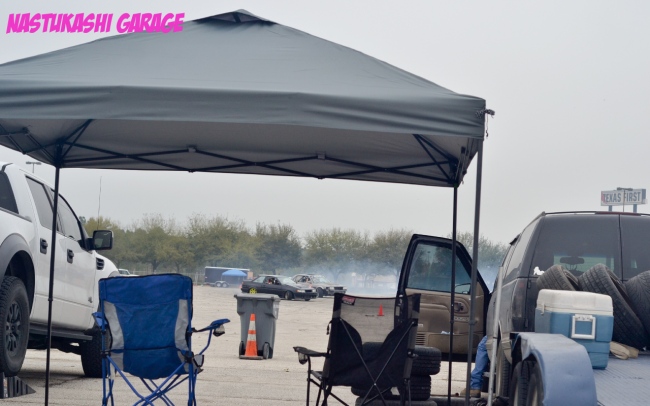 Spot we chose, kinda had a good view of the drifting. 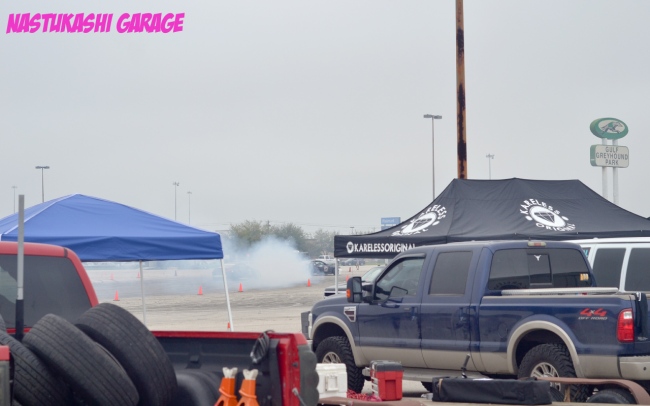 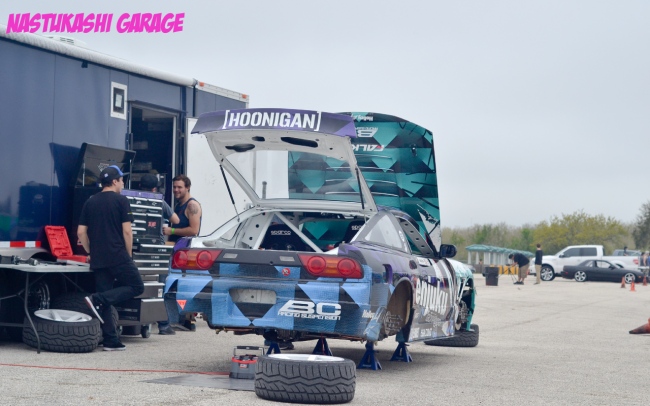 Some of the cars out there were fully built drift cars with a race trailer. Im pretty sure they had spare parts and everything you need just in case shit goes down.

But a majority of the drifters was a more simple set up. Grassroot style.

The drifting was a two day event and the first day was practice and just for fun kind of deal. No pressure and no judging. I really wanted to race because I wanted to know how its like to really drift in a open area and go all out. I actually ended up bending my control arm and ruining a fender a couple days later but thats a different story.

Thaison was one of the first people out there having fun. While Im stuck just watching. 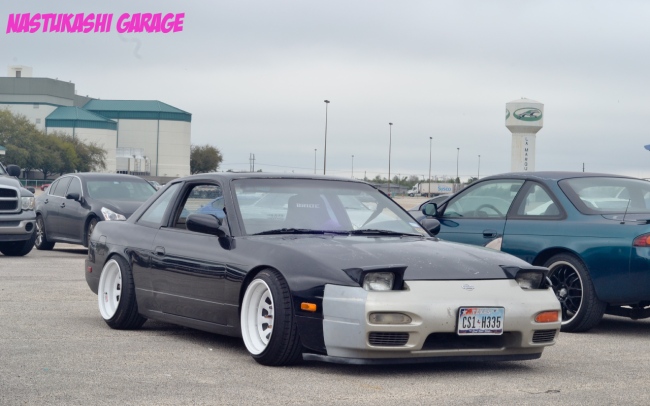 The herra flush style, Im all about that. Not gonna lie.

Some cars where obviously daily driven too or at least they were street legal to drive. 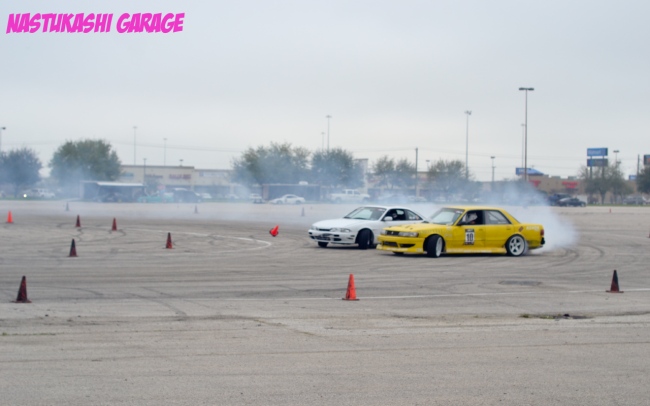 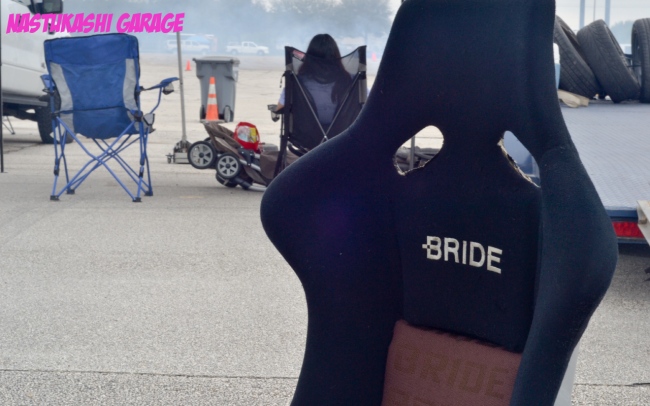 I didn’t have a place to sit sooo I used my Bride seat. There was also some vendors tooo.

I’ve seen this clean IS300 in the streets of Houston and some the car meets including the Mayday Garage Ricebox meets. 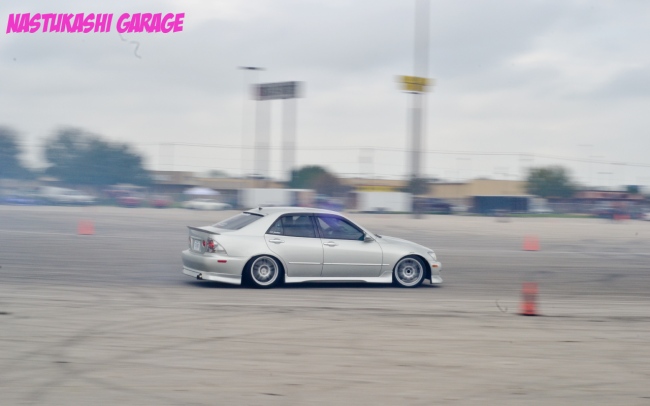 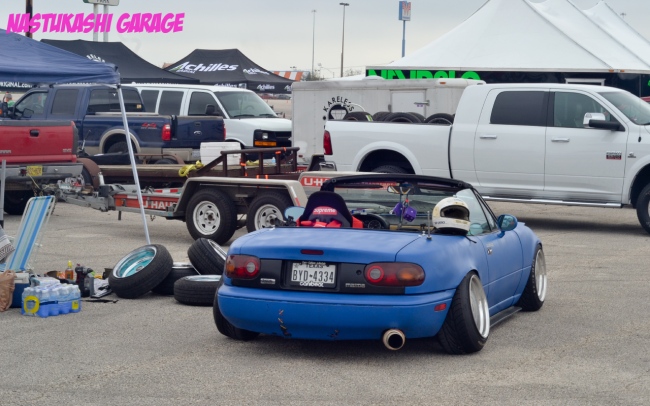 I was just hard parked. 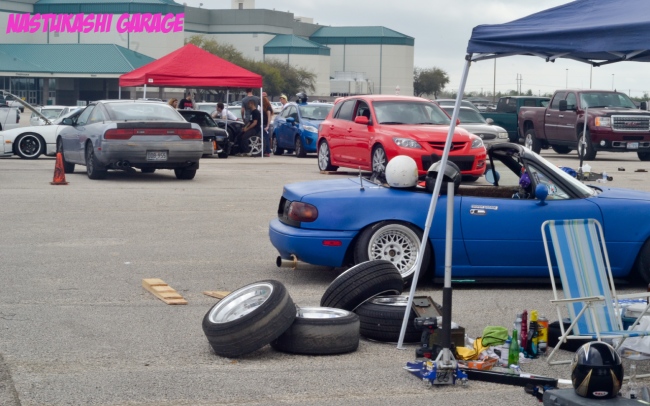 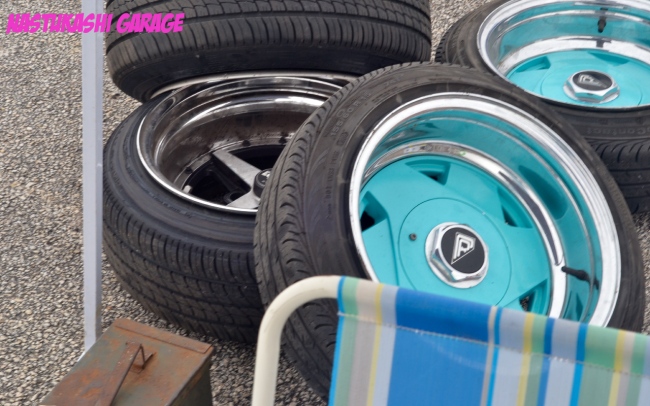 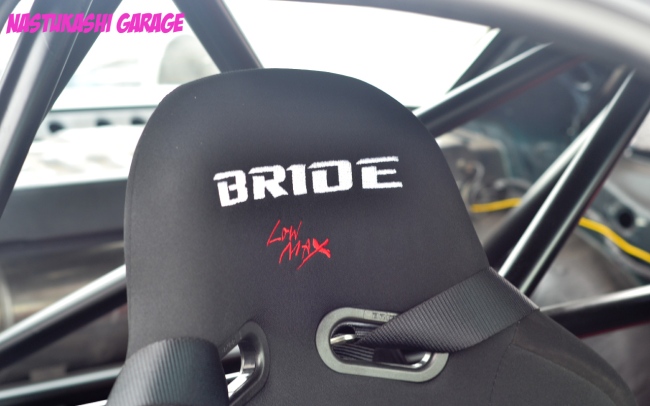 Some cars had fully built spec roll cages, which is must for tandem drifting.

Some cars looked like missile drift cars. But thats cool, its built for a purpose and you wont feel bad if you mess up your paint job when you run over a cone. 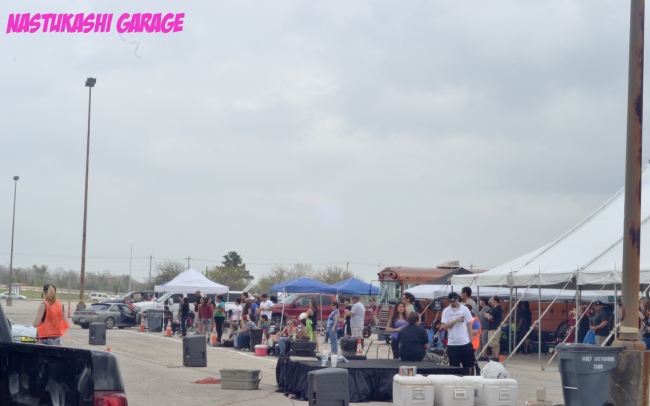 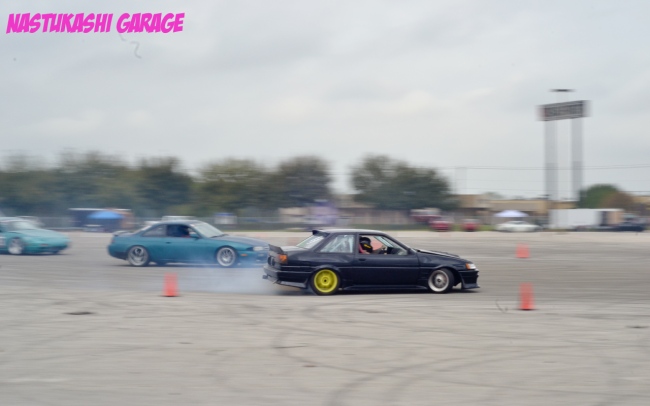 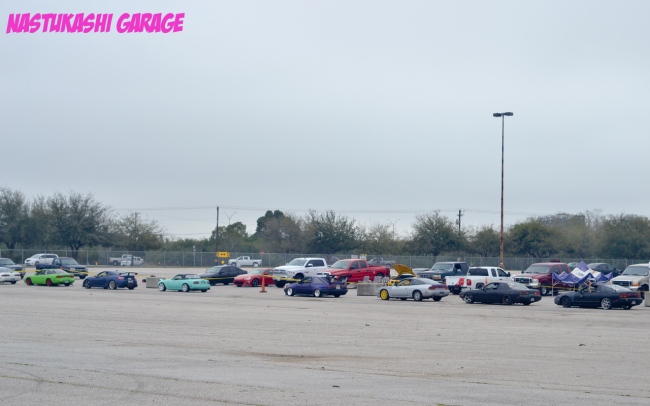 Got busier later in the day.

Cool down. Thaison is soo popular. 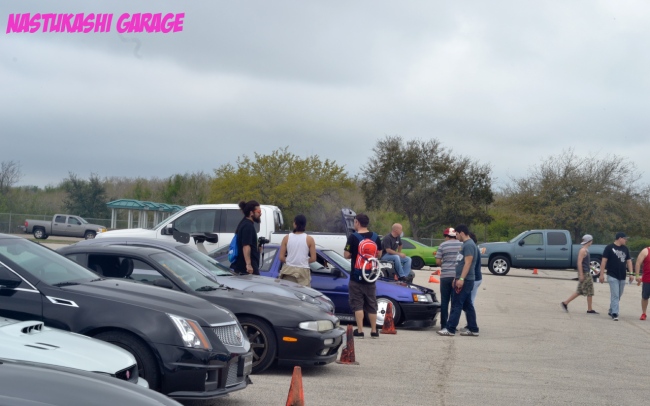 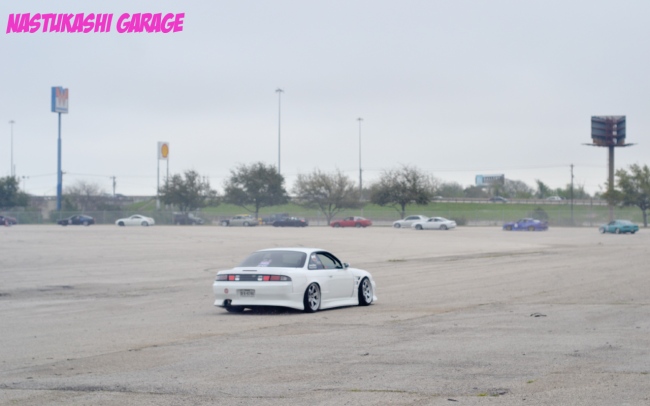 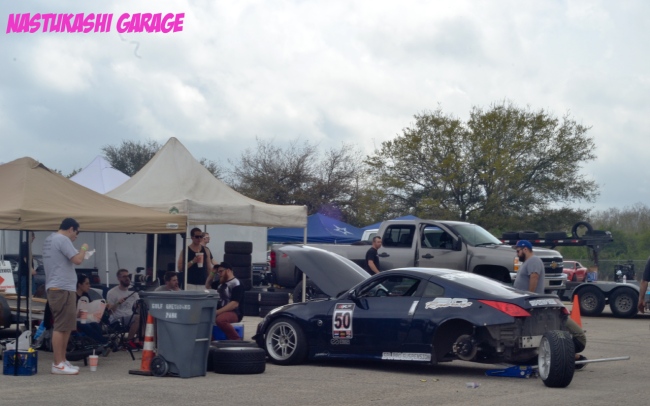 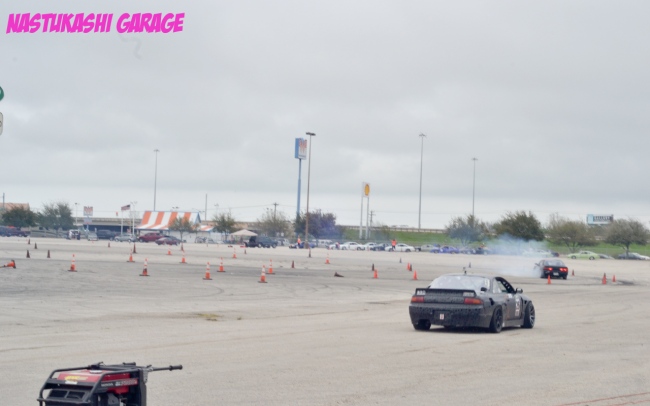 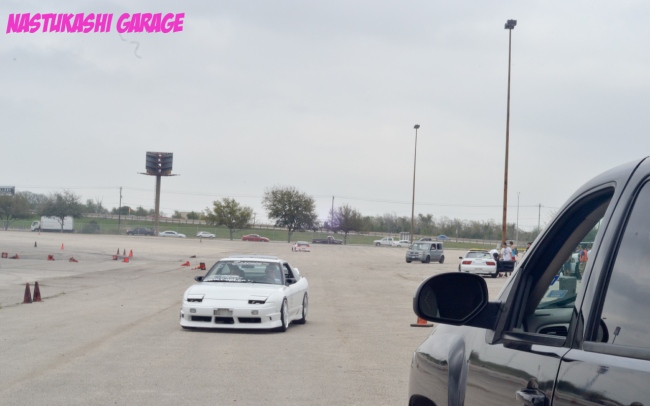 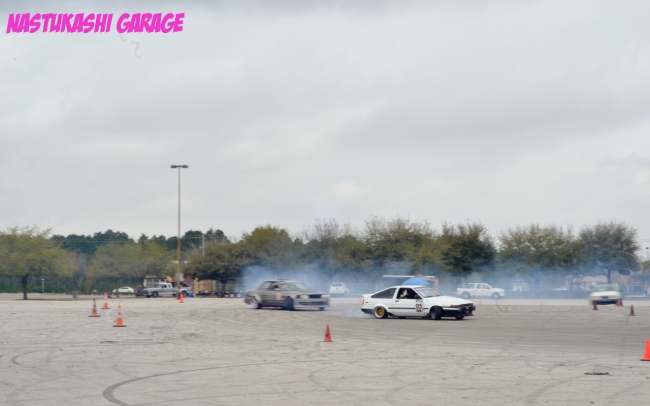 This is Kyle’s 240 V8 powered drift car. I used to go to high school with him, and a couple years ago he used to drift with a beat up 240 and no he drifts a fully built drift car. Times have changed, but its cool to see people you know move up in life. 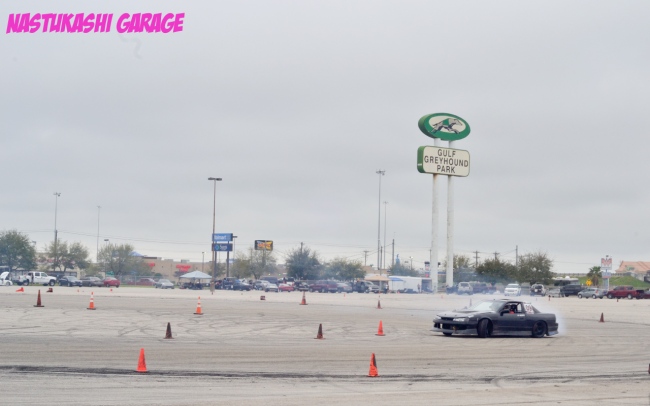 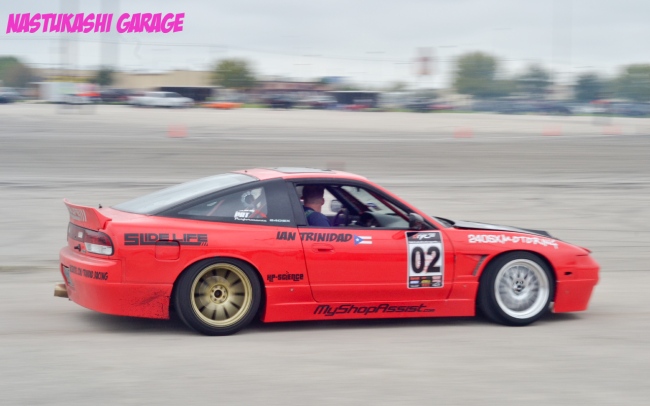 Sooo much smoke and laying down rubber. 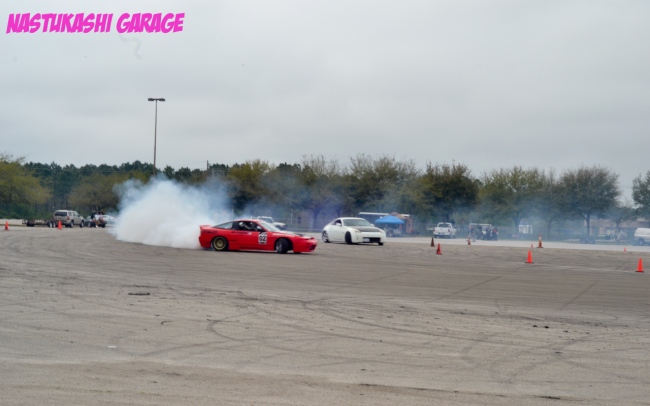 The day was pretty fun and at the end of the day there was a party Fast and Furious style. Got free drinks, and ended the day drinking and chillin with good company. Thaison later that night drove back to Austin in the wee hours (I honestly done know how he does it but he does).

Ill end it with my favorite shot of the day…… The CONE EATER.

Dec. 20, 2012
So after the coupe was painted, I decided it was about time to get the car looking like a whole car again. Most people around town knew me as the guy with all the 86’s (which happen to always be missing a body panel). So I decided to piece the coupe together to be as close to 100% appealing to the eye as possible. So first thing first, was to get the rear over fenders to fit the 15×9 -41 rear work equips. 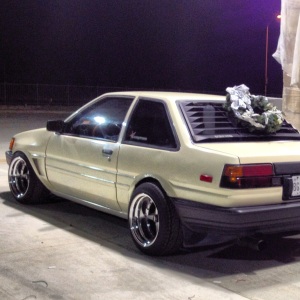 Just look at that… NOT CUTE

END_OF_DOCUMENT_TOKEN_TO_BE_REPLACED

Man, I’ve been terrible about updating my builds. Over the last three months…a LOT has changed on my corolla(s). Branden did a quick profile on me back at the end of 2012. You can check it out here. At that time, I had just freshly prepped and painted my coupe. Being my first time using an HVLP gun and single stage paint, I think it turned out pretty good!

Here’s a before shot of the car: 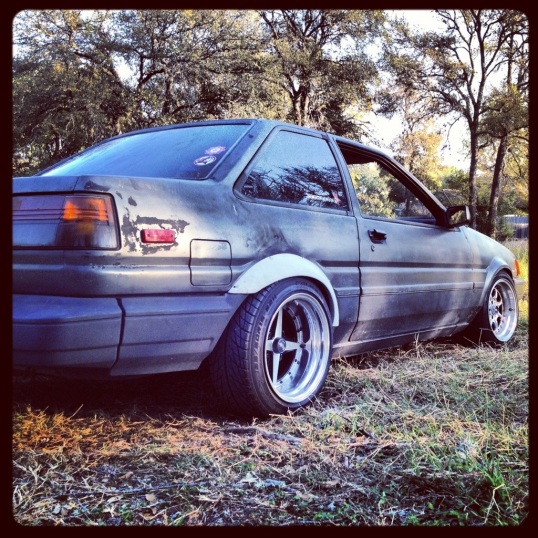 Nov. 8, 2012:
First thing first, I started sanding down the spray paint on the car to get to the original paint. Once I got to that, I scuffed up the original paint real nice for the primer to stick. And started primering with Rustoleum spray paint. (in the future, I would buy actual automotive primer from Sherwinn-Williams bc, I don’t think my single stage paint stuck to the car as well with rustoleum).

All taped up, ready for primer

END_OF_DOCUMENT_TOKEN_TO_BE_REPLACED

So my buddy Jason came over after I got of work to start welding up my rear quarter panels. Joseph decided to come on over as well. I picked up a 12 pack of Dos Equis and we quickly started working on the levin.

Using the hammer and a bunch of ice grips. We attempted to get the two layers of metal as close to each other as possible. The rear quarter has metal coming from the wheel well, which is factory welded together to the outer body of the 86. I had to close up the gap from cutting and grinding. An hour and a half later, we had the driver side finished. Yes we took our sweet one and almost finished a 12 pack. Hahah.

END_OF_DOCUMENT_TOKEN_TO_BE_REPLACED

So I guess my third week of owning it, I decided it was time to lower the car. It was originally on megan lowering springs, but i just wasn’t happy with that drop.

END_OF_DOCUMENT_TOKEN_TO_BE_REPLACED

Soooo some of you might know but I bought an 87 Corolla GTS around mid summer. I bought it off a good friend up in Dallas, John McKenney.