Last year I won a track pass from PPCE (Pinoy/Pinay Car Enthusiasts) at one of their car meets. It was a track pass for Topak Racing in California, hahaha. Being from Houston, I didn’t really actually think I was able to use this, but thankfully my wife allowed me go. Just so happened the track weekend event I signed up for was on my birthday. So last month my brother and I went on a epic road trip to California. This was a bucket list I’m glad I was able to do. Thank you Revo and the guys at Topak Racing the opportunity to come track with y’all! 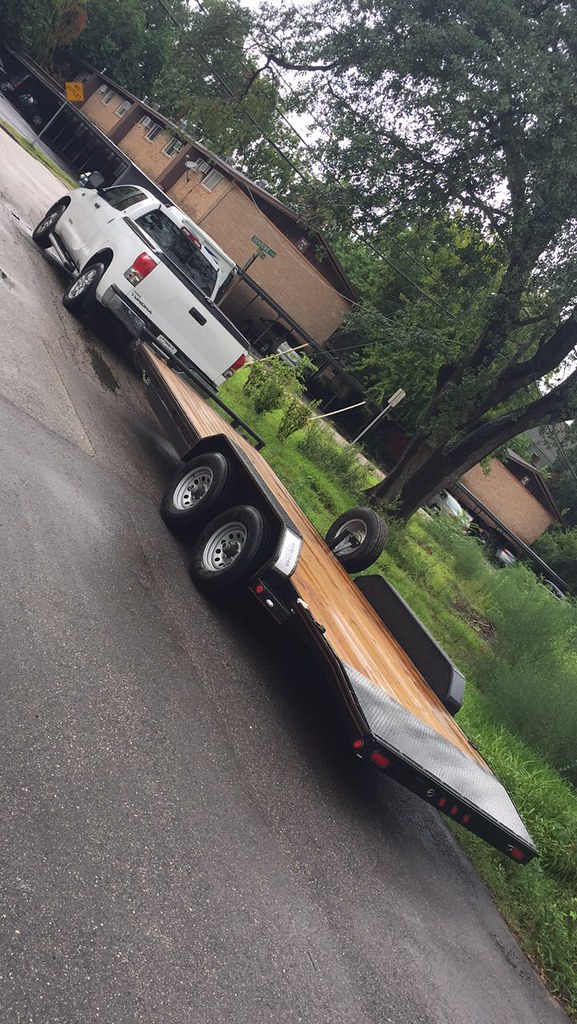 The issue was how would a get there? I was thinking maybe I can make the arduous drive in the M3 and stuff all my track essentials in the back, but then I got worried if something bad happened along the way. Thankfully my friend, Mervyn, was kind enough to let me borrow his newly acquired Toyota Tundra… Special shout out to him because without the truck I would have driven the M3 on a 4k mile journey. Thanks again Mervyn! 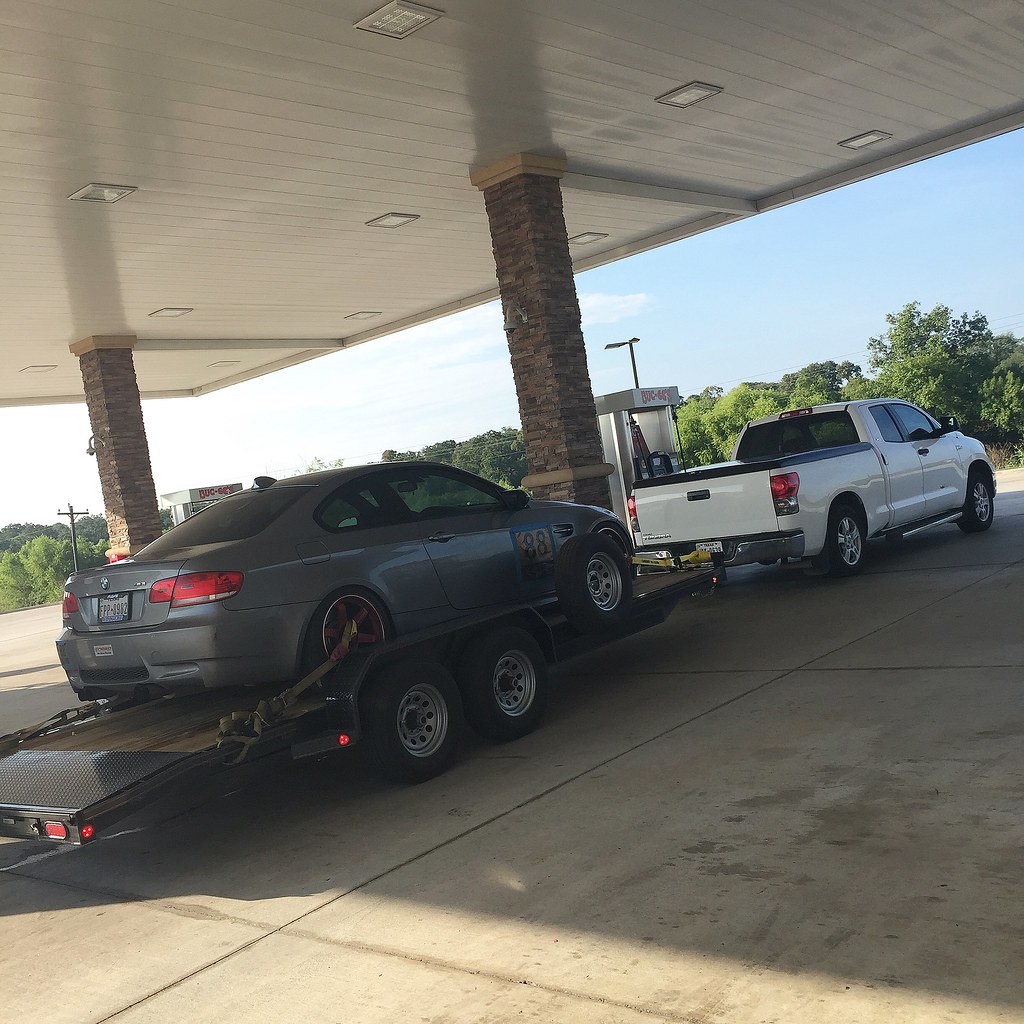 The hardest part, in the beginning, was how to load up the M3 on to the trailer…. The trailer is low car friendly but Im slammed and the ramps was too steep. Thanks to my friends Jon, Mike and William for letting me borrow their ramps and blocks of wood, I was able to get the M3 loaded up. 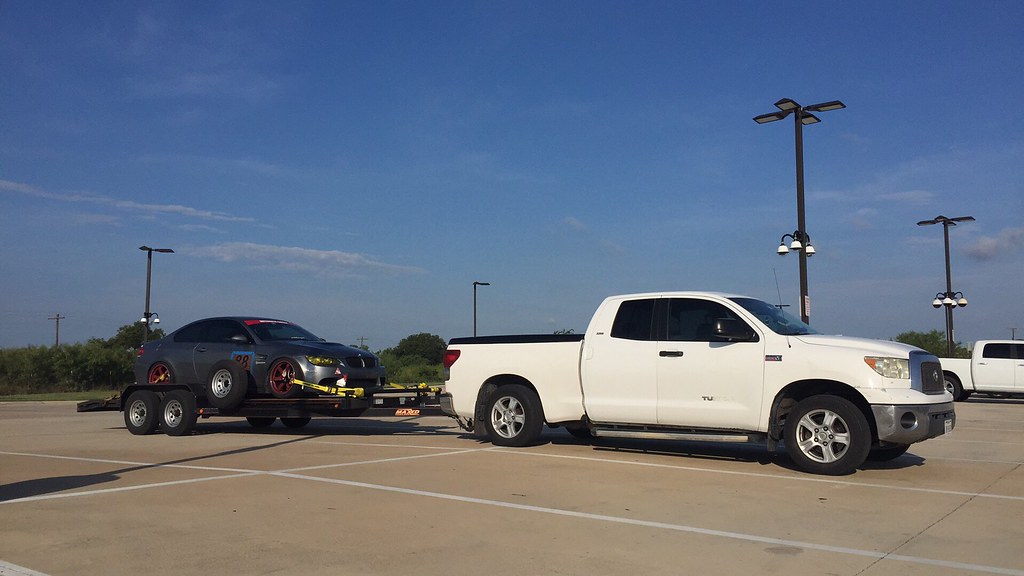 I also want to thank my buddy Nate for letting me borrow his axle straps and tie downs. First time loading a car into a trailer was a lot of trial and error. Most the time was just trying to figure out how to properly load the weight and strapping the car. I think it took me about 2 hrs to get the M3 loaded and secured on the trailer. But it does get easier after your first time. 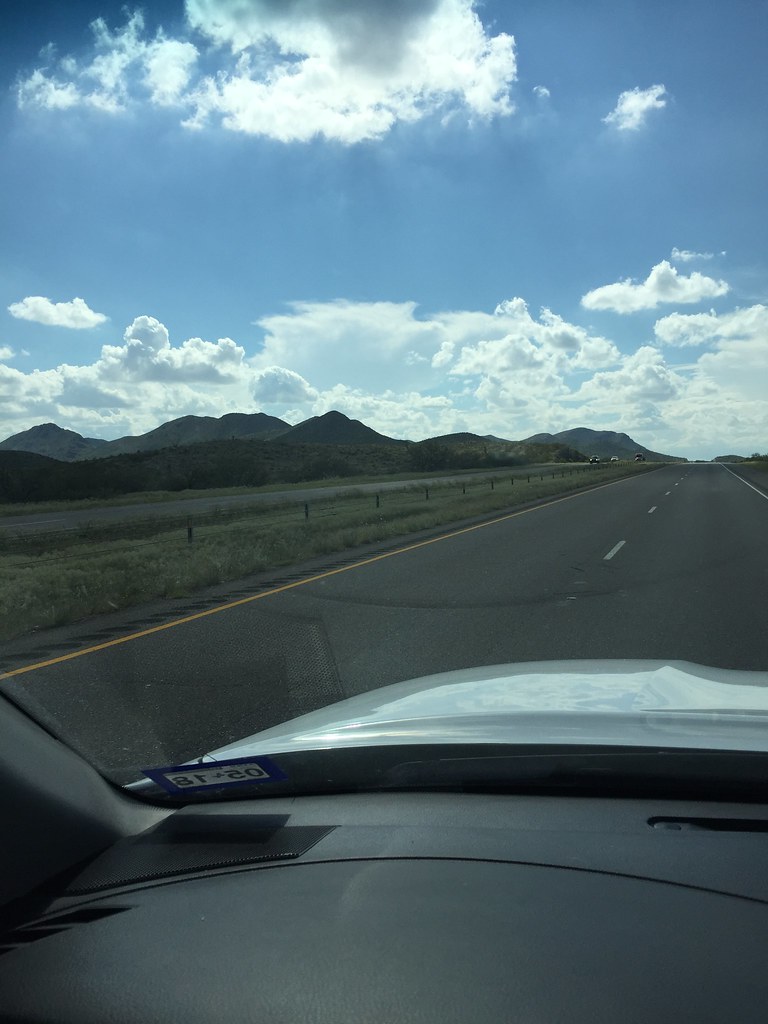 First stop on the California road trip was El Paso. My brother tagged along as my co-driver. Making a trip to California is tough on your own and I recommend having another person to share the driving hours. To give some perspective on how big Texas is, it took us 14hrs to reach El Paso from Houston! The Tundra was just a beast towing my M3 and ate the miles like nothing. We where pretty decent on fuel economy averaging 14MPG. 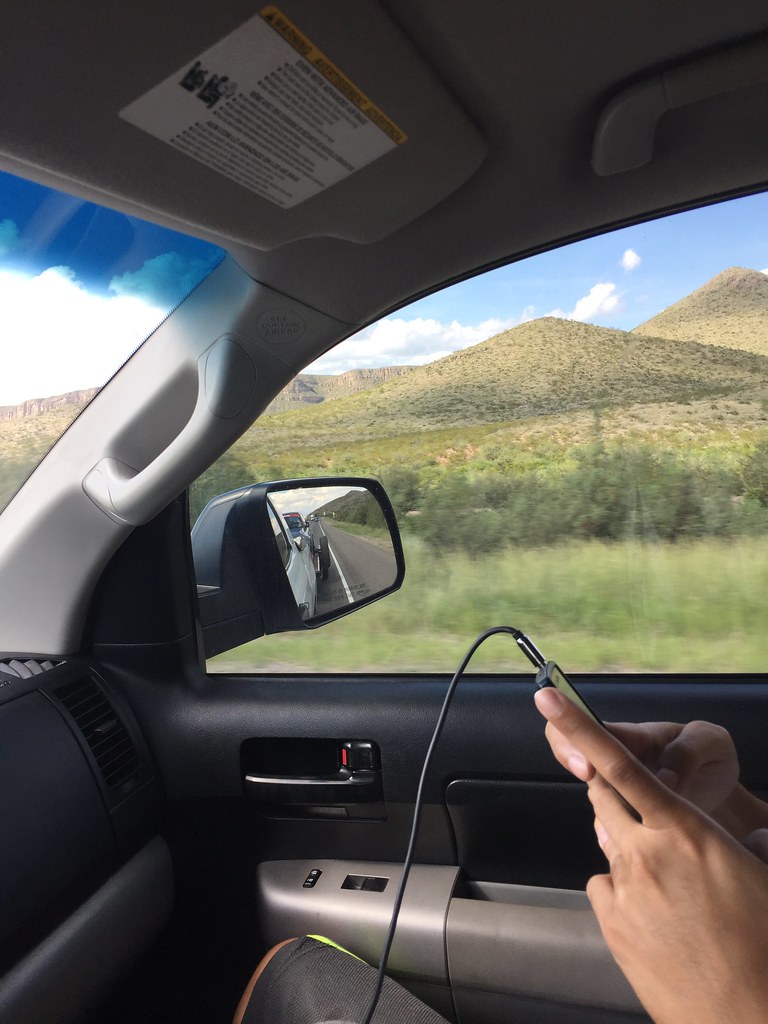 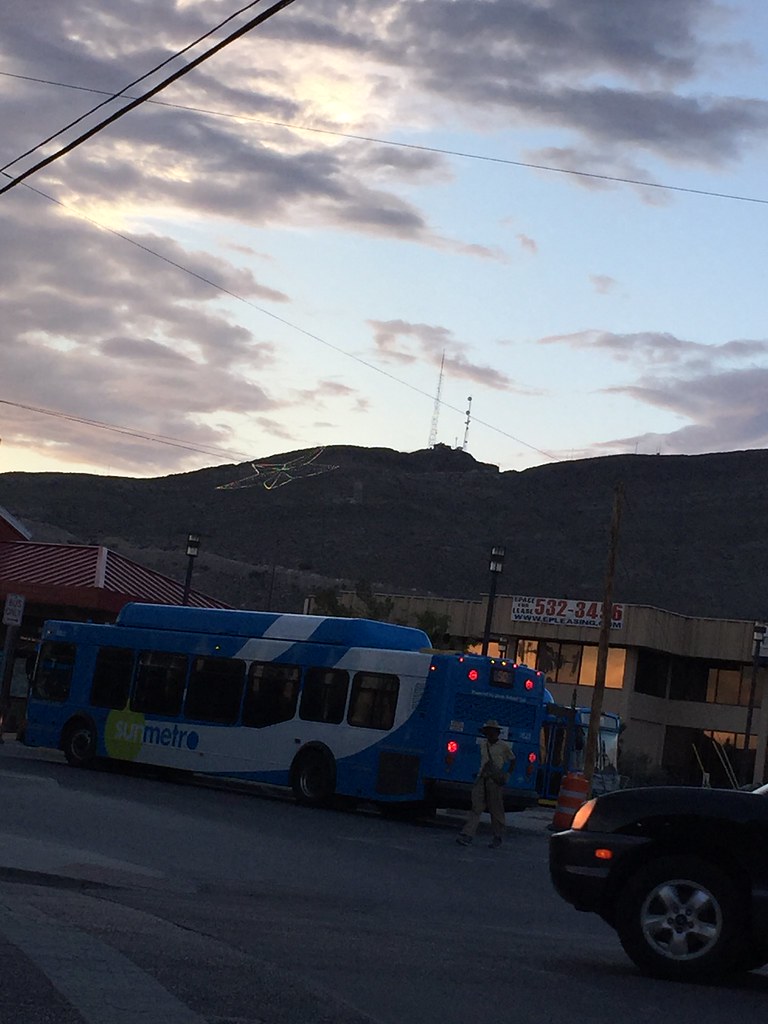 We stayed overnight at El Paso in a little cool AirBnb spot. Tired from driving we walked to a pizza restaurant and filled our appetite. I noticed El Paso is really cheap, Im guessing because of the desert life? 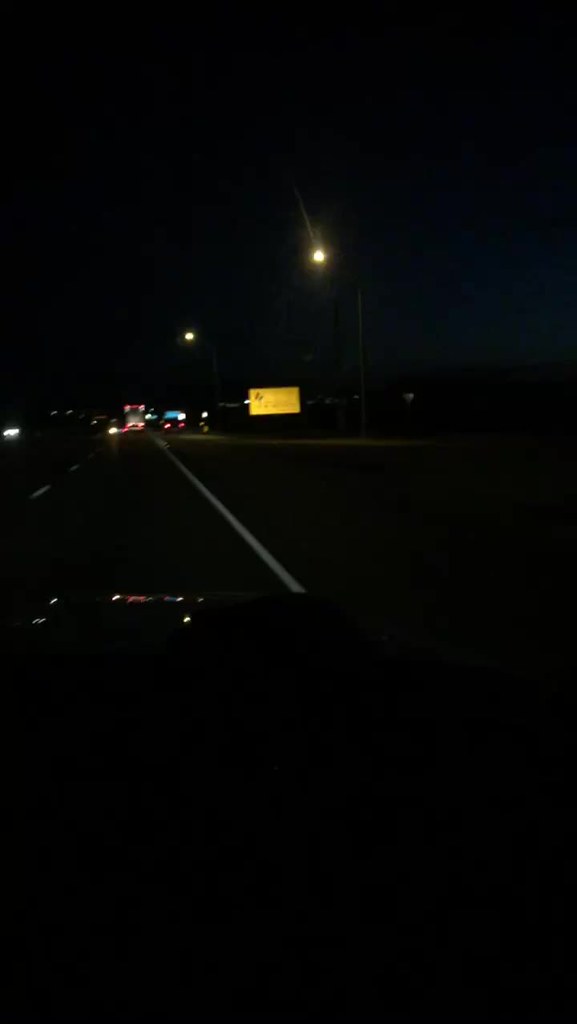 The next day we woke up super early to drive the rest of the way to California. I would say the most difficult part was passing Texas, because it just soo big and felt like you are in the twilight zone of a never ending road. Once you start passing state lines then you feel like the trip is shorter. New Mexico was a quick trip, then Arizona, and finally California. 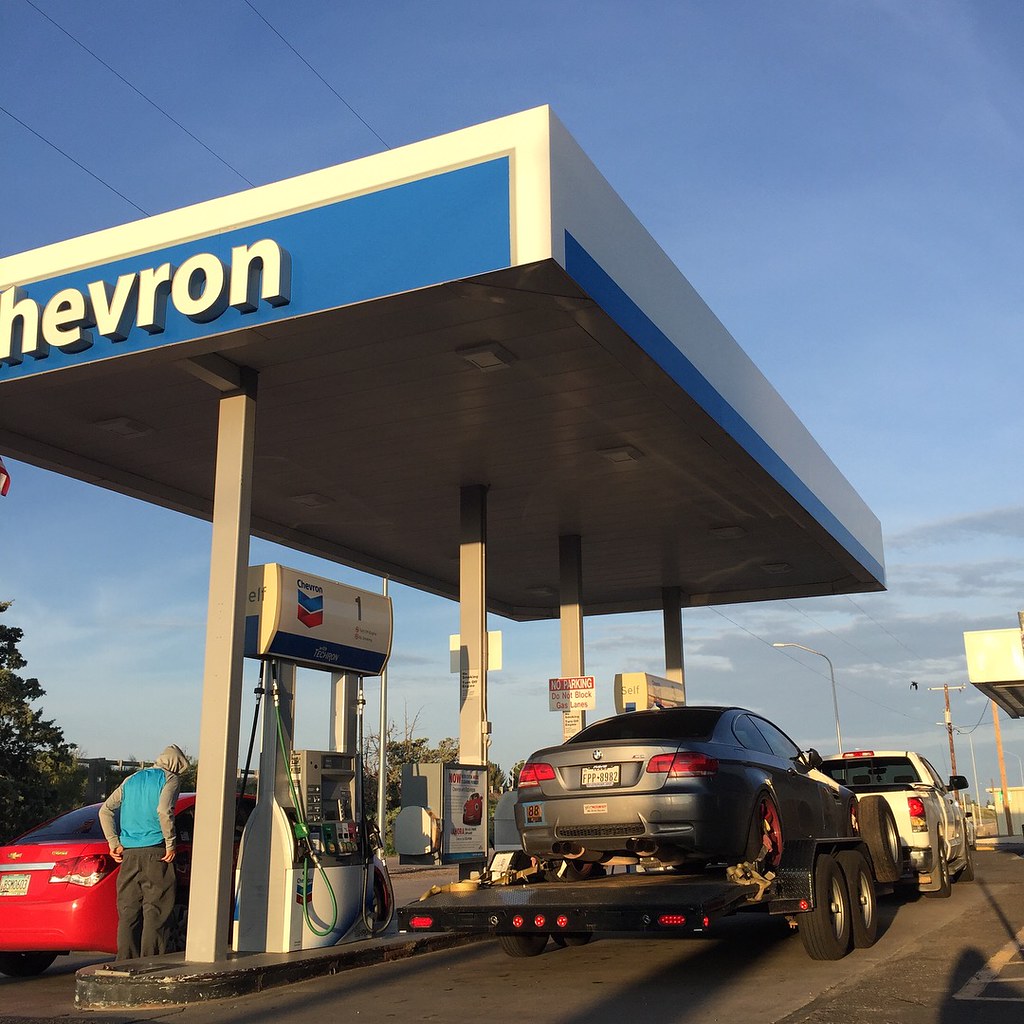 When doing road trips, especially long journeys, it best to fill up and find a station when the fuel tank is half full. There was parts of the highway where you won’t find gas for miles. The Tundra has 25 gallon capacity and averaging 14mpg, it wasn’t too terrible. 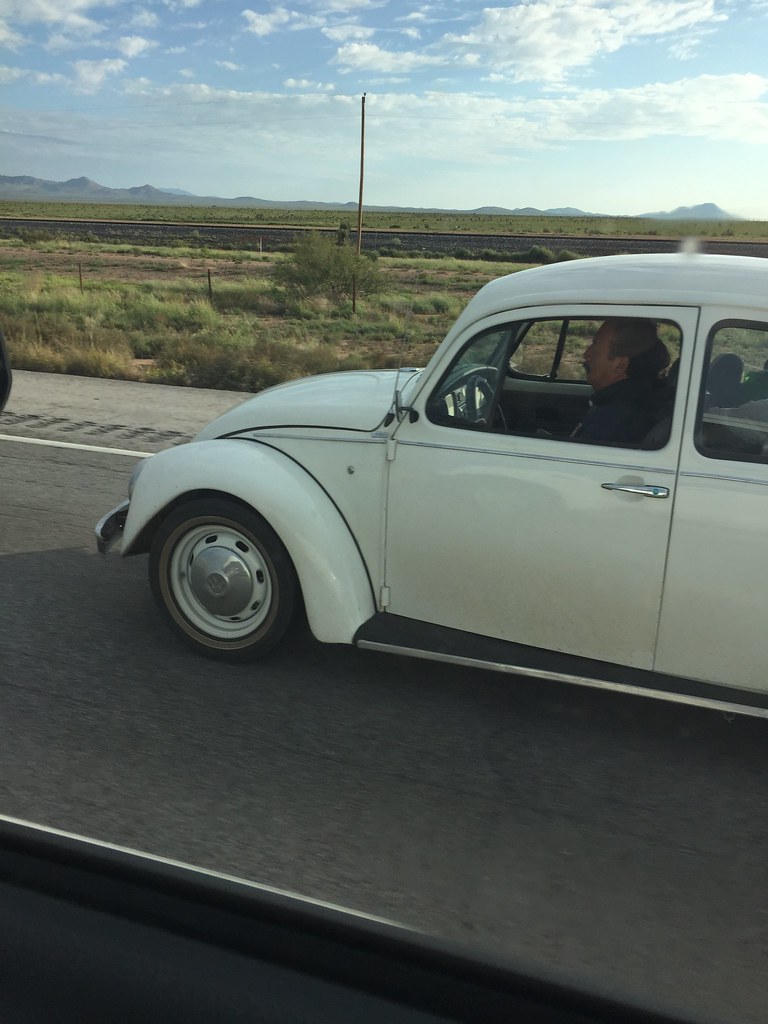 Props to the guy driving this air-cooled Beetle. The morning was cool but by the afternoon it would get over 100 degrees hot. 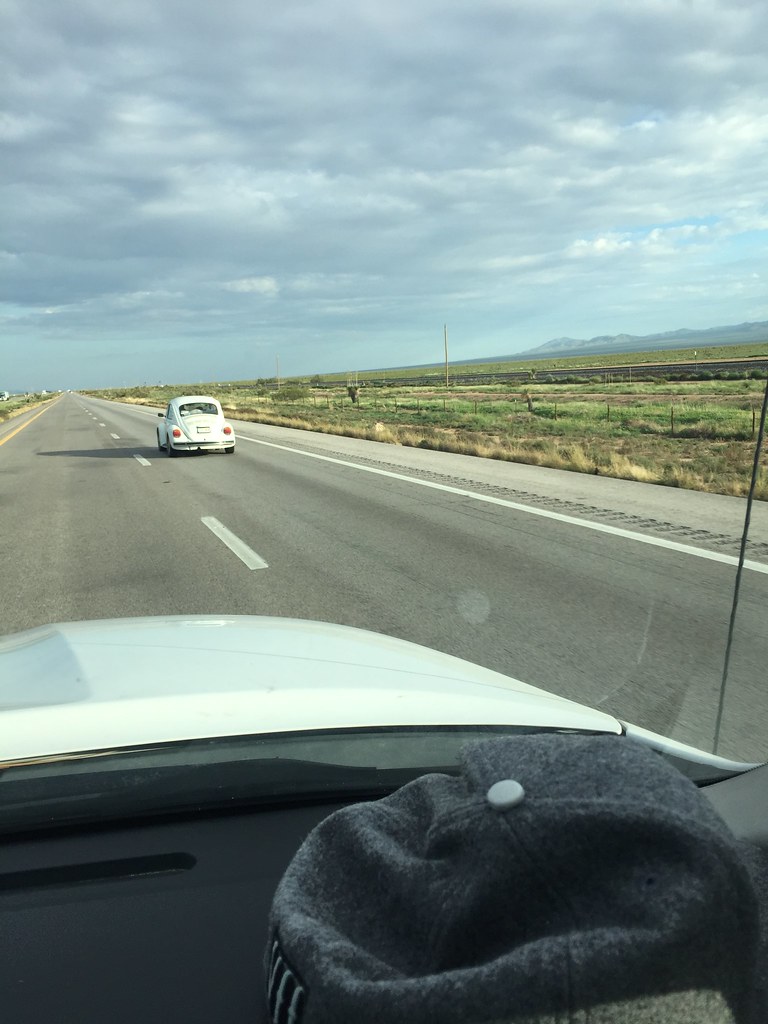 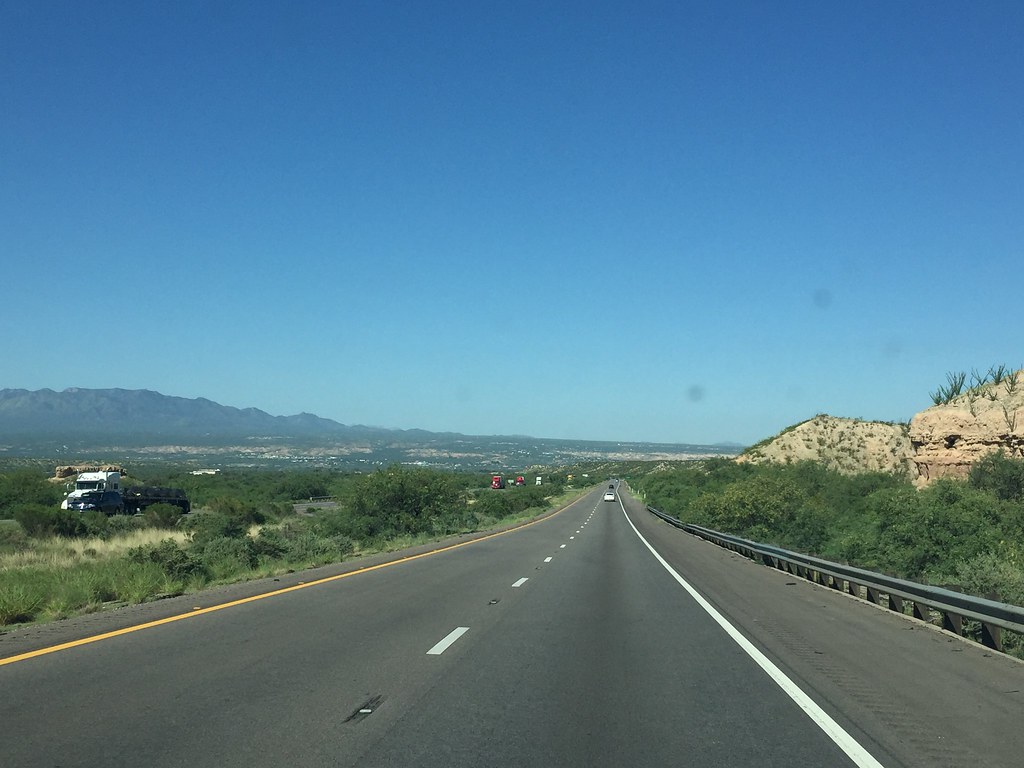 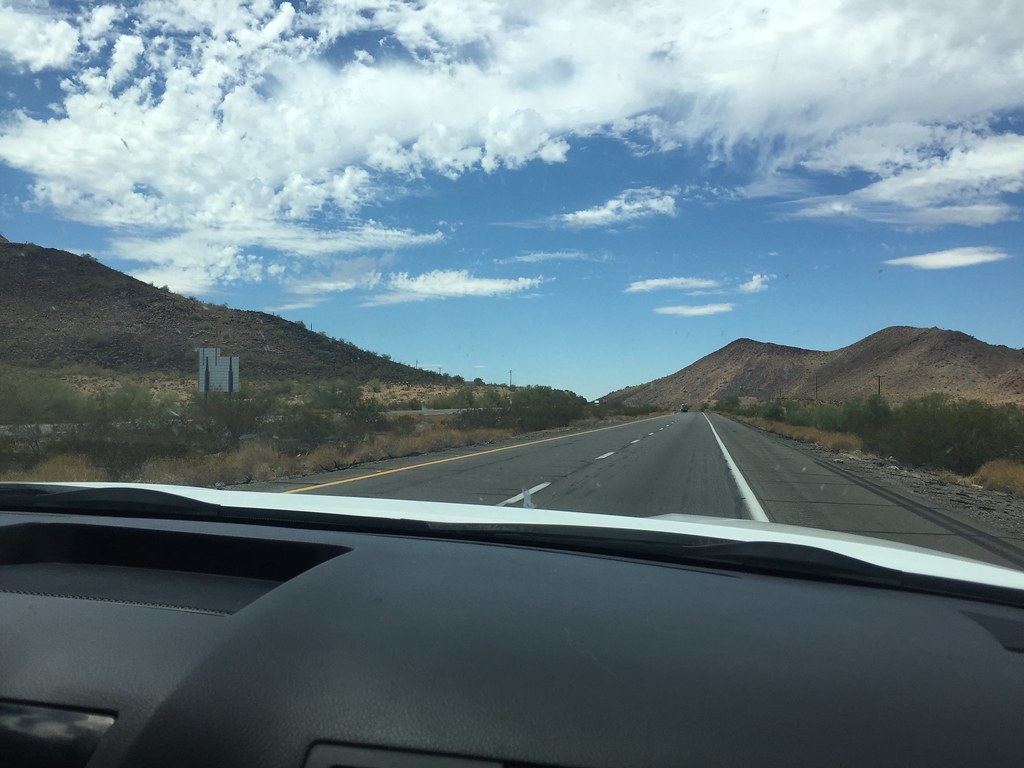 Some of the hills in Arizona and New Mexico got hillier but with the Tundra 10,000 lbs towing capacity, it pulled the M3 like it wasn’t there. Such a great tow rig for a 1/2 ton truck. 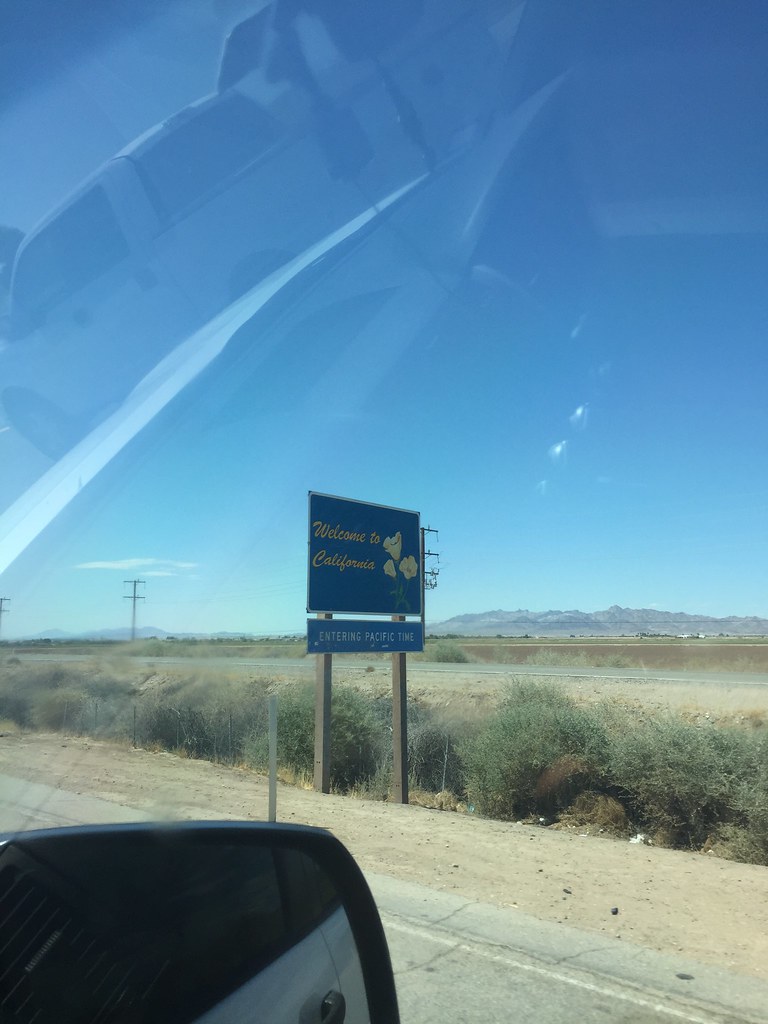 Finally crossing the California border, just another 3hrs before we hit Los Angeles. 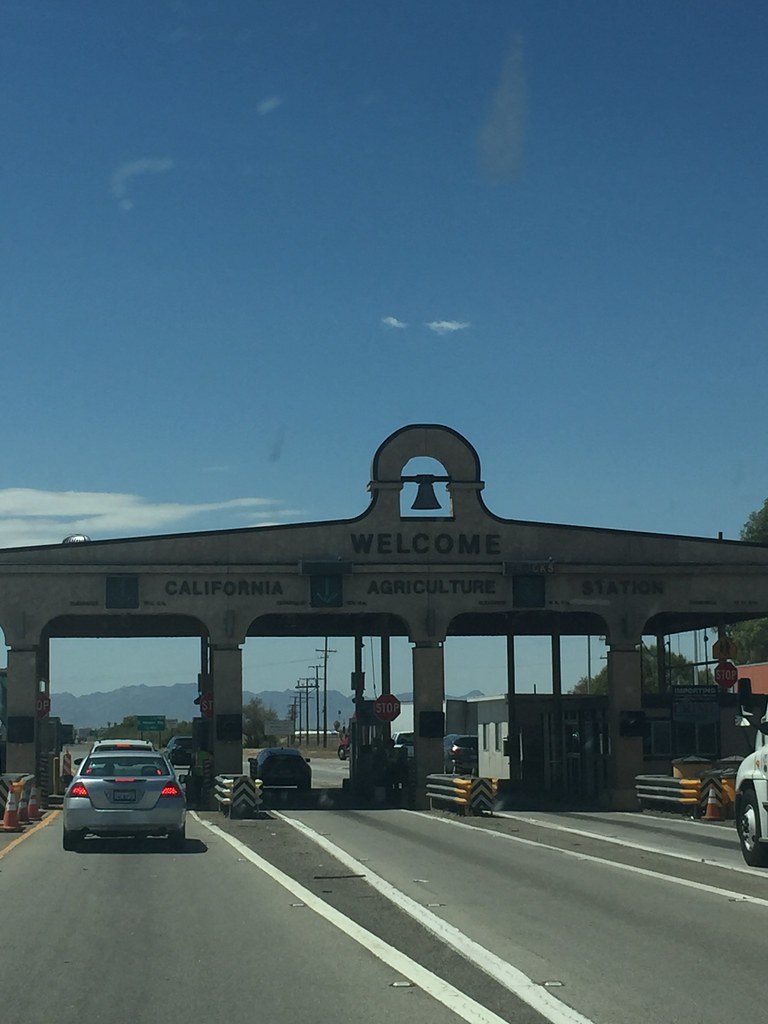 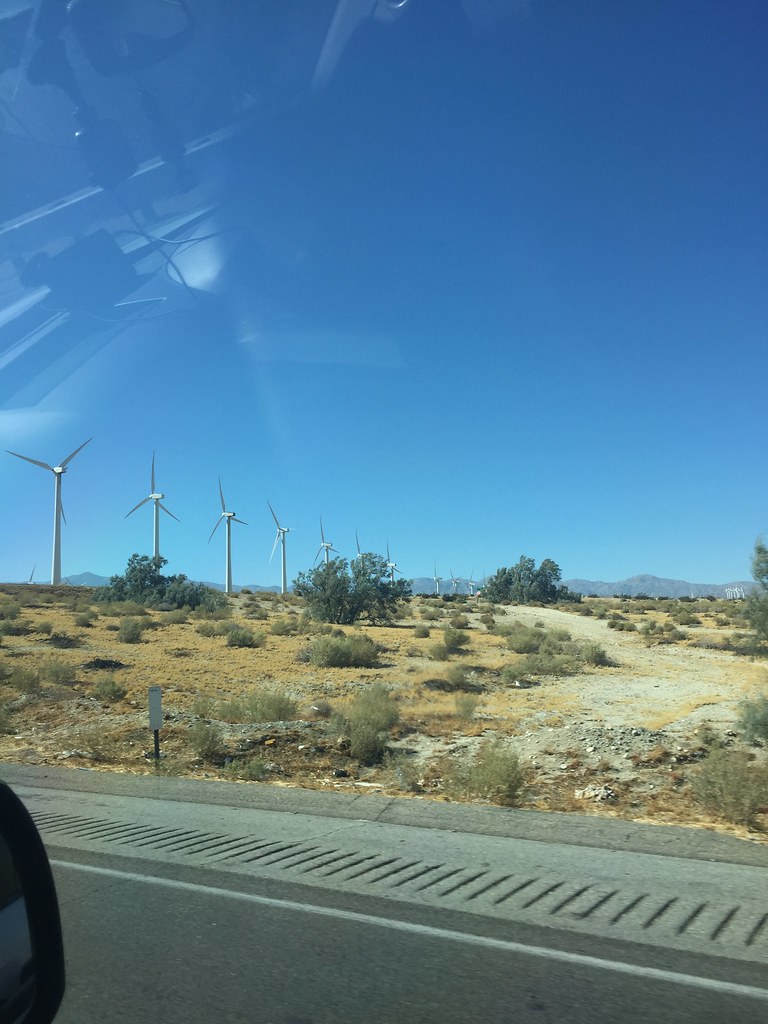 California is geographically an awesome place. California has desert, mountains to ski, and beaches to surf. You could experience all of this in one day if you wanted to. I thought that was pretty cool. 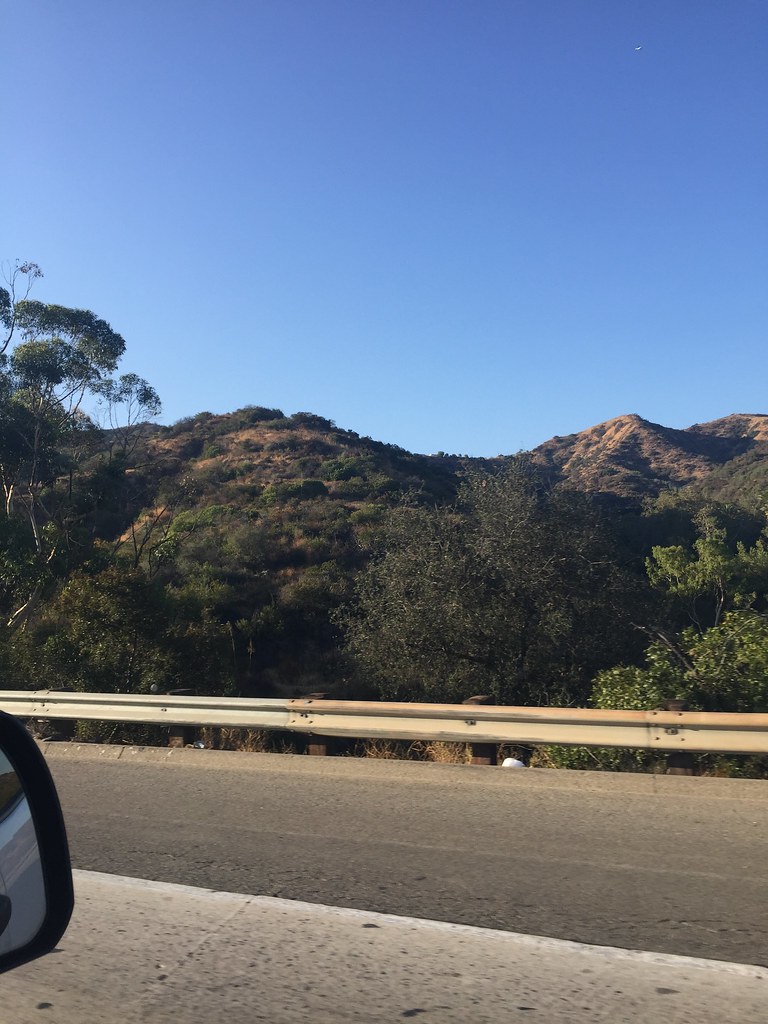 We finally hit Los Angeles and made it to our AirBnb spot. I chose to stay in the LA then somewhere near the race track, because I love the city life, and my wife would be flying in from Houston. I know she wanted to check out all the tourist attractions. That will be for part 2.

In the meantime…. when in California, you got to have In and Out burgers. 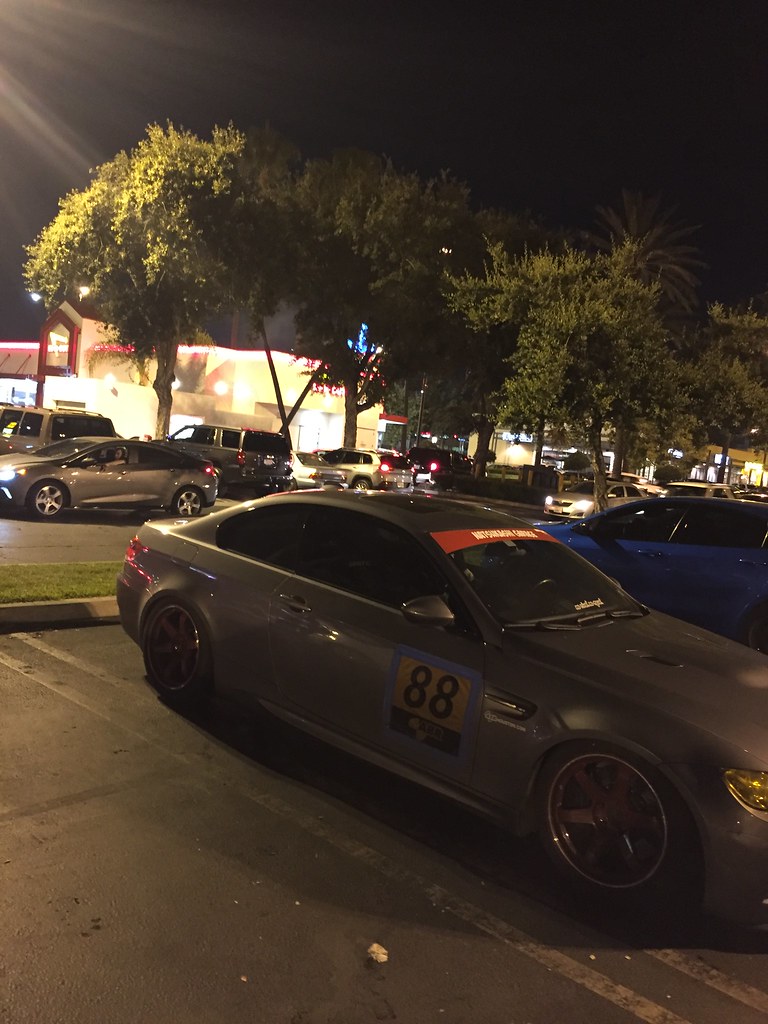 Yeah I know its not a great shot, but its about the experience and journey.