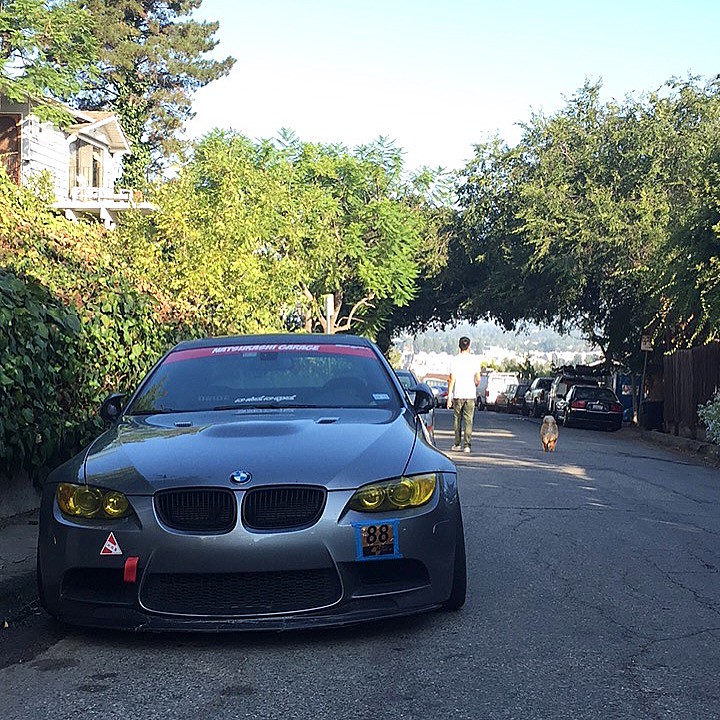 After the two day drive to California, I had a couple of days to do some sight seeing things before my track event. So the first day I thought I would hit up some iconic car scenes. This is LA and the car capital of the word. That morning I drove my M3 to Angeles Crest Highway. 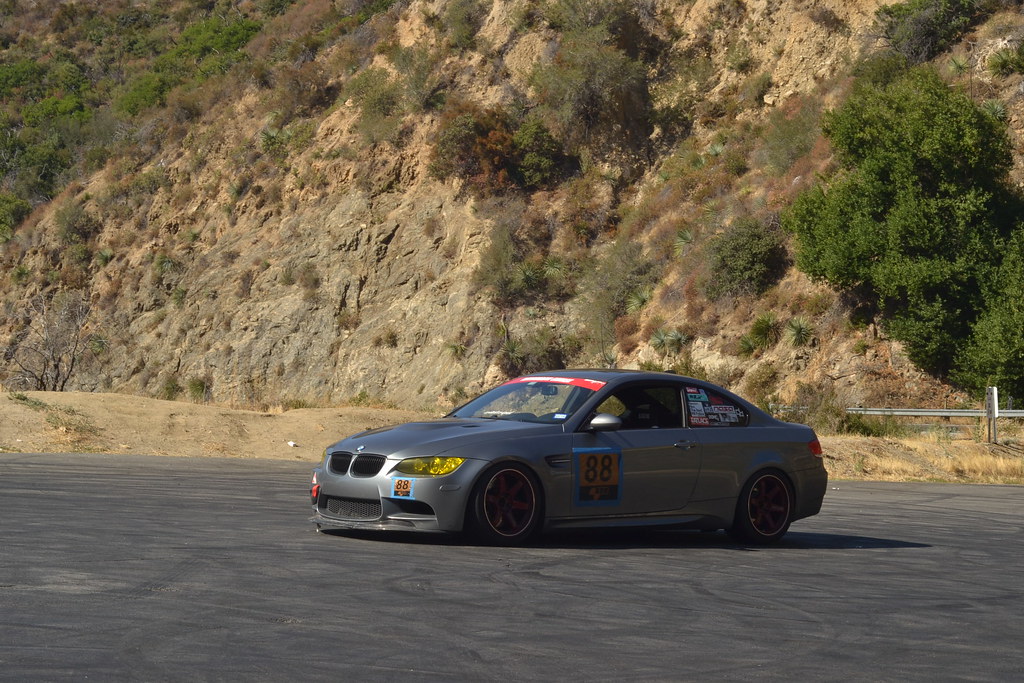 Its a popular road for driving and car photoshoots…. Matt from the YouTube channel The Smoking Tire often reviews cars there. The views are nice and not much traffic depending on what time you go. 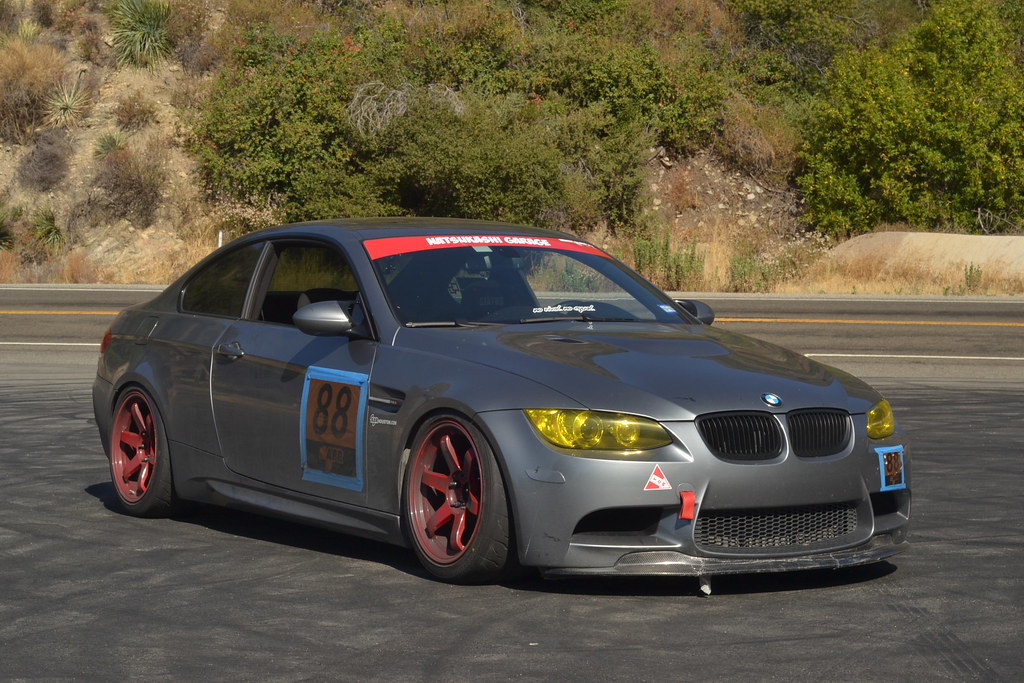 There was mutiple spots where people used the overview as a skid pad. Makes a cool back drop for pictures. 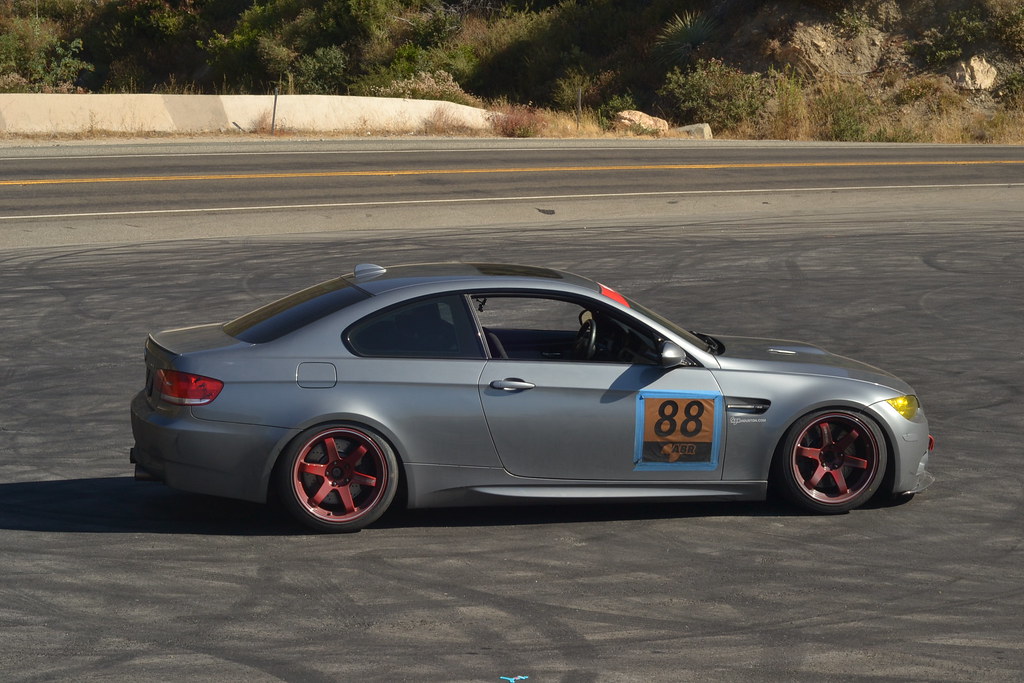 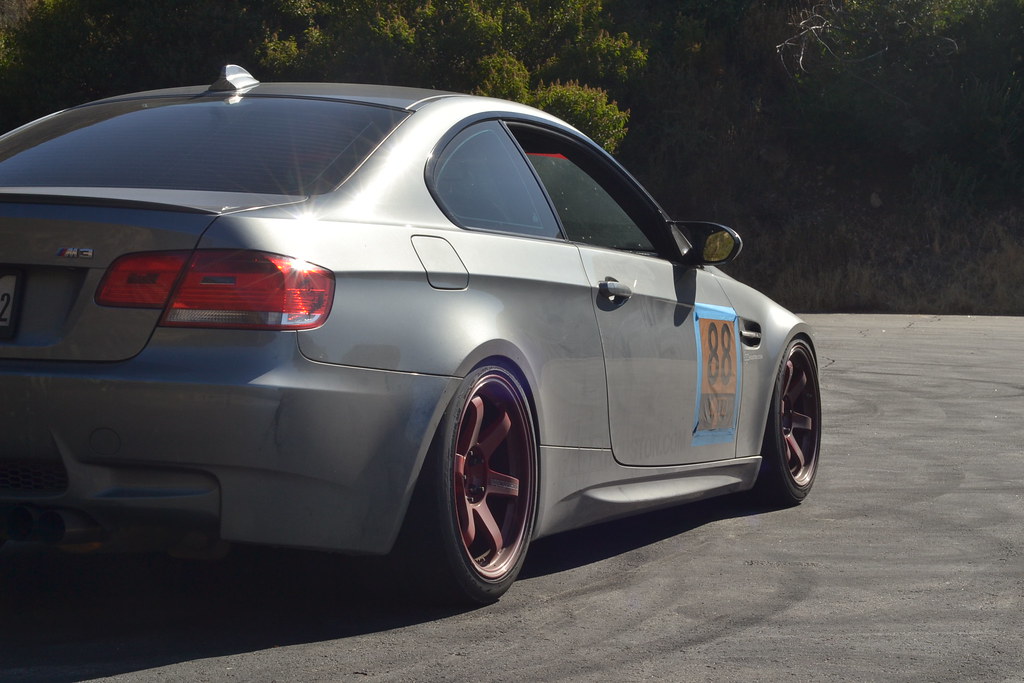 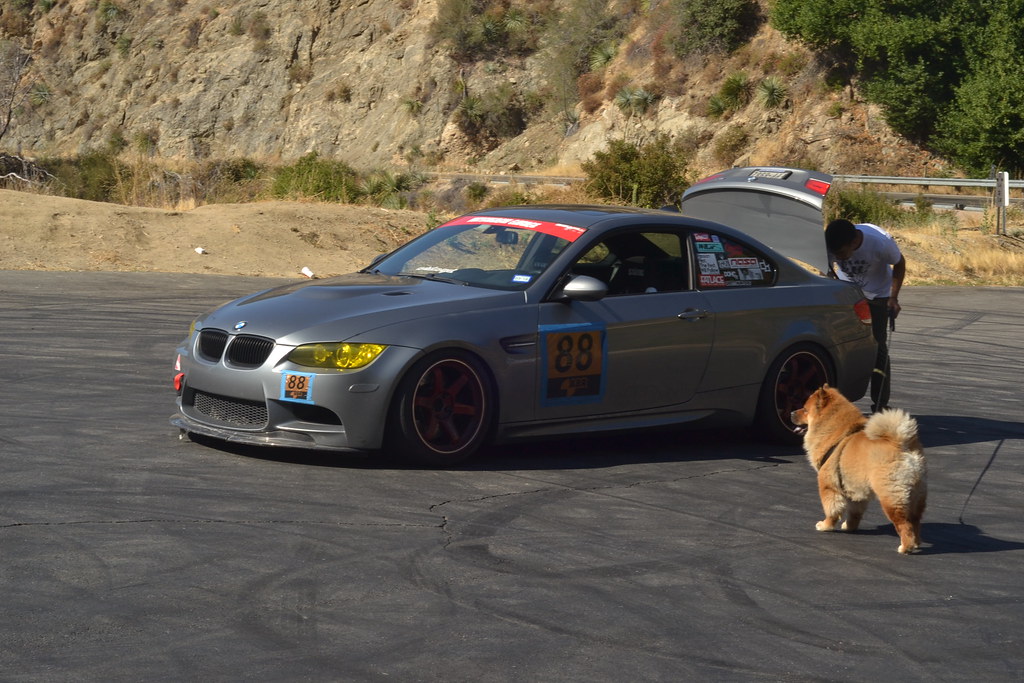 I also brought my dog Lambo with me, and probably his first time in California. I adopted him 2 years ago. 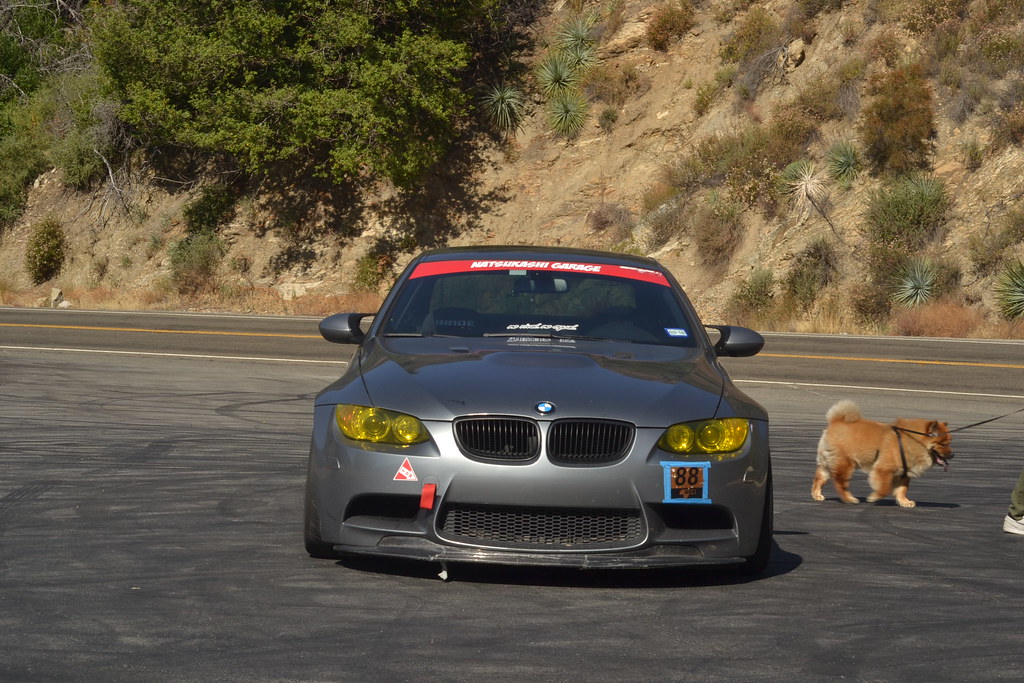 Always getting in the shots. 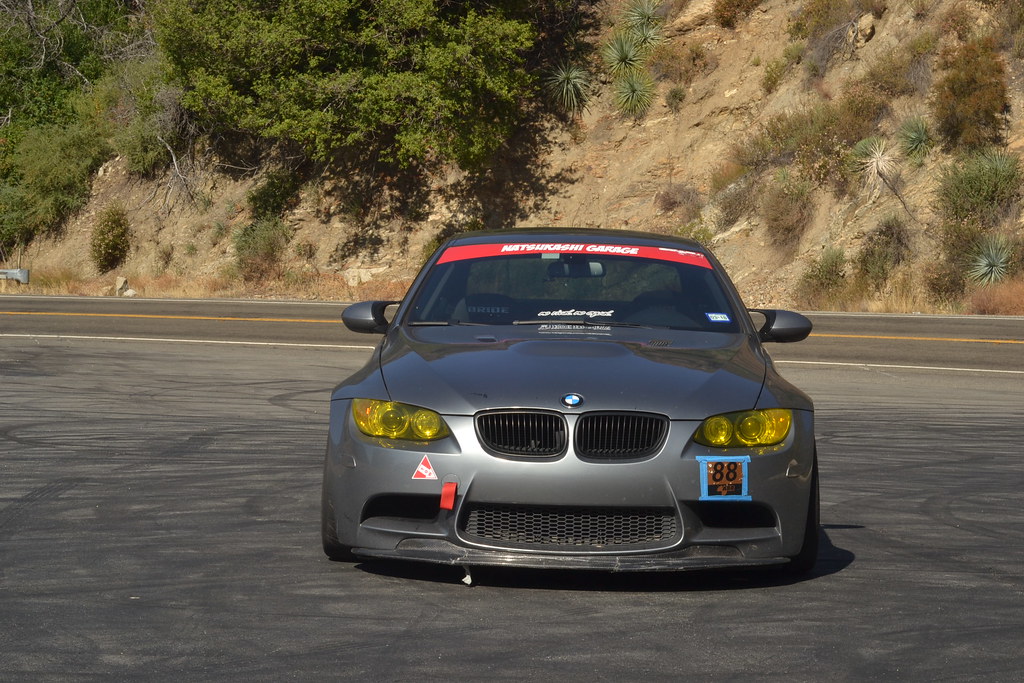 After driving around Angeles Crest, we hit up some famous Fast and Furious locations. 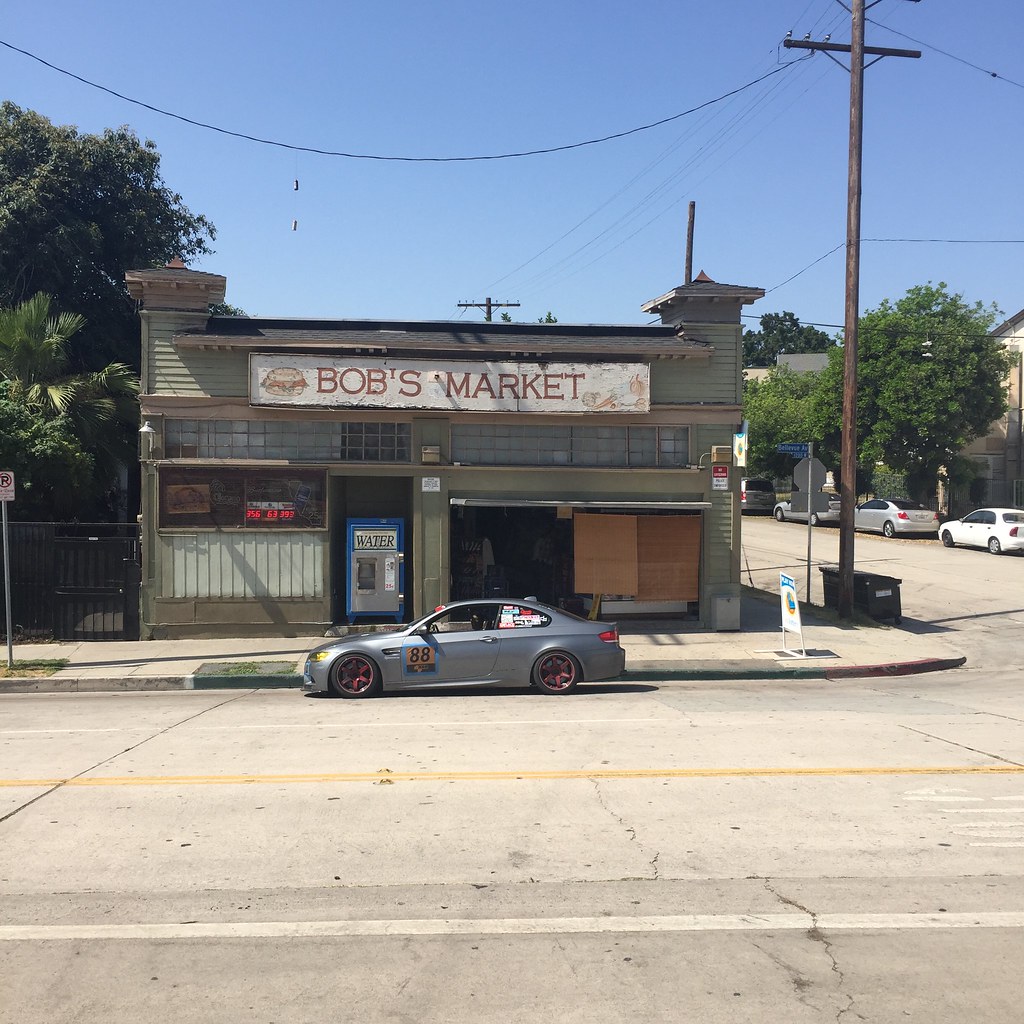 The famous “Tuna no crust” shop. I bought a couple of lotto tickets here because if I won, I can say I won it from Torretto’s shop! Unfortunately I didn’t win. 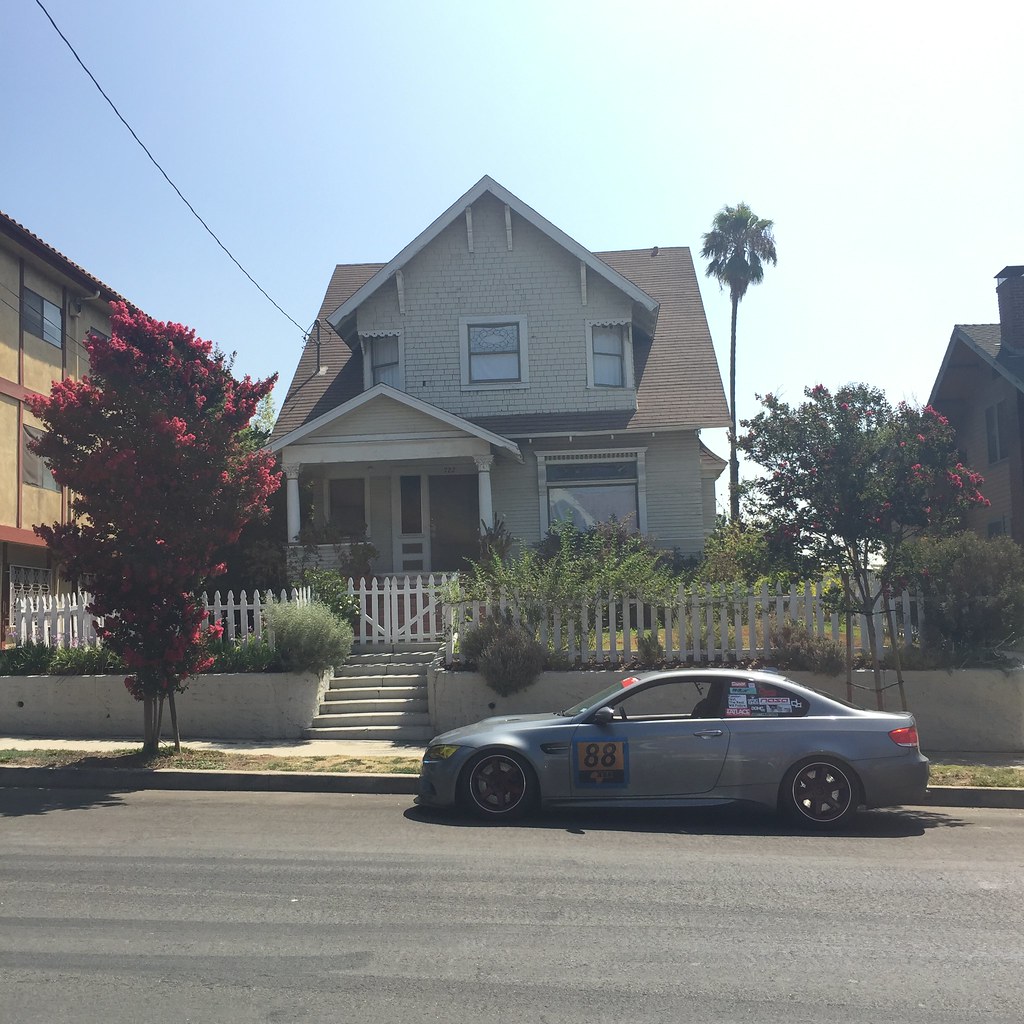 Then not to far from the grocery store was “I live my life a quarter mile at time” scene. Got lucky with parking because they  had street cleaning going one meaning, it was illegal to park on the side of the street. 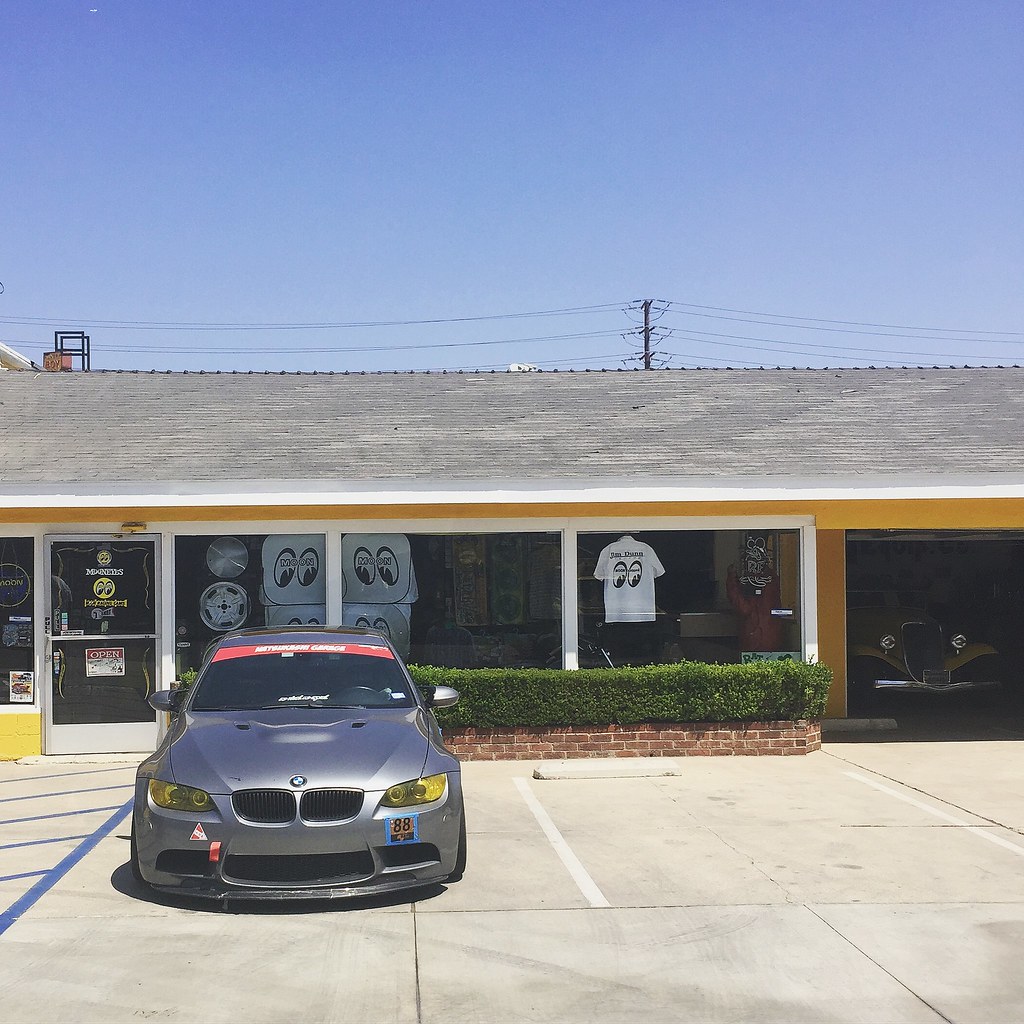 Next stop was Mooneyes. For those you that doesn’t know Mooneyes, its Japanese owned shop that specialized in the 1950s era of hot rodding. They sell anything related to hot rodding, and they participate in some races too. It kinda has the 1950s vibe walking in. I don’t own a hot rod but the culture is cool. Since there wasn’t any M3 specific part, I bought some stickers for my garage. 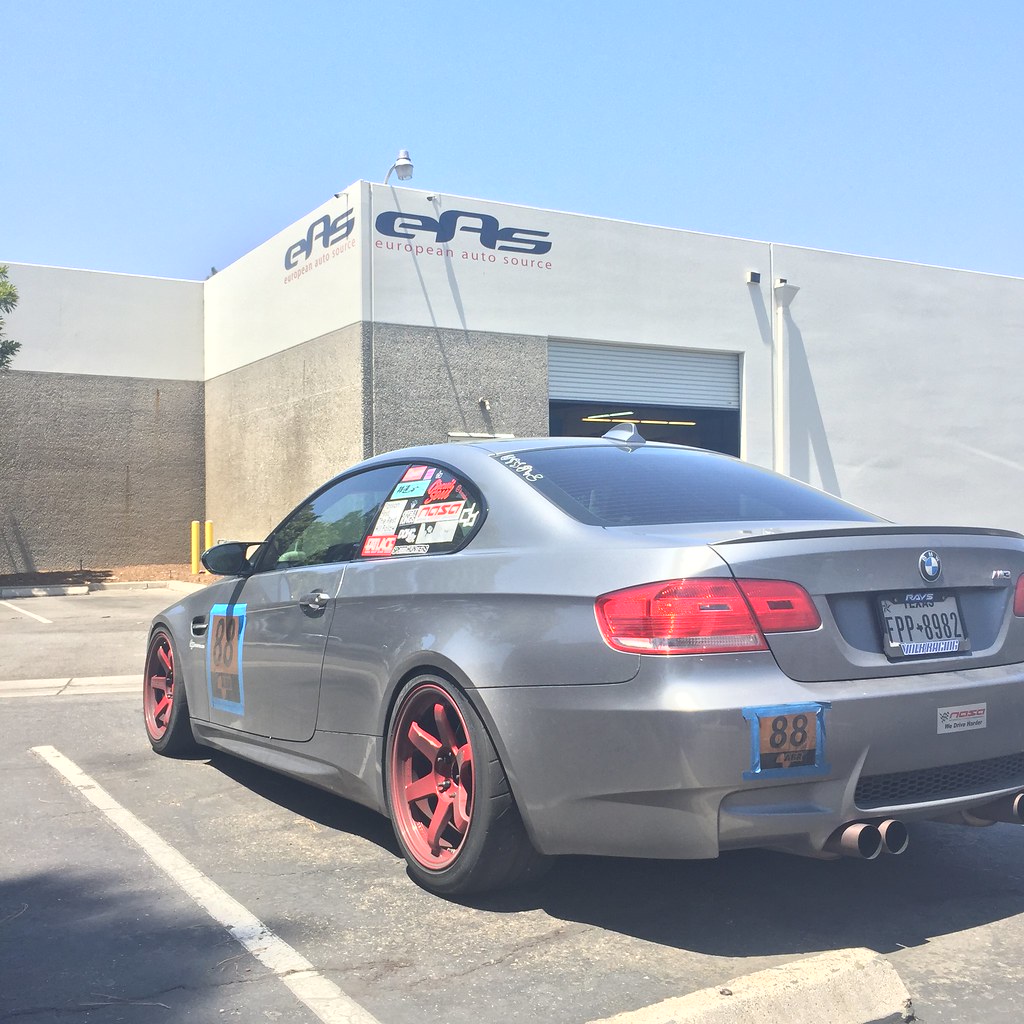 EAS (European Auto Source) is a shop more tailored to my M3. Unfortunately we came at a bad time, and no cool cars in the shop. I didn’t come empty handed though, I got more stickers! 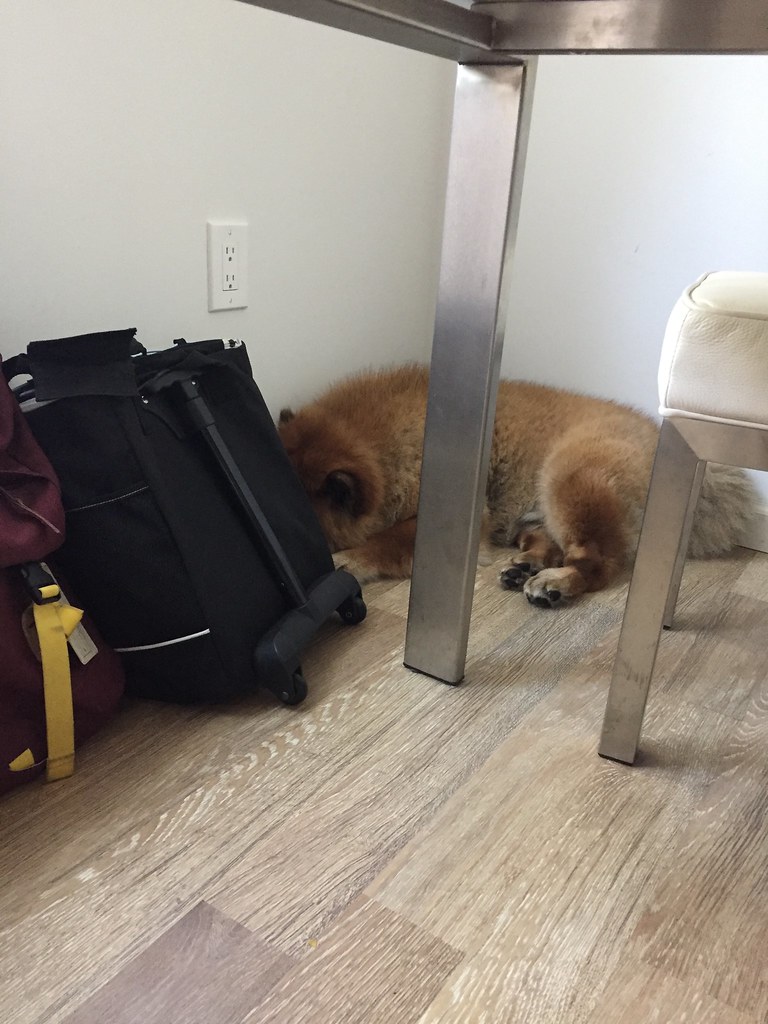 Lambo was pretty much tired and slept once we got beck home. My wife was arriving that night but ended arriving early morning because of several flight delays. But finally I picked her up 2am at LAX airport. We where too tired to do anything just wanted to sleeping because we had more touristy things to do later that morning. 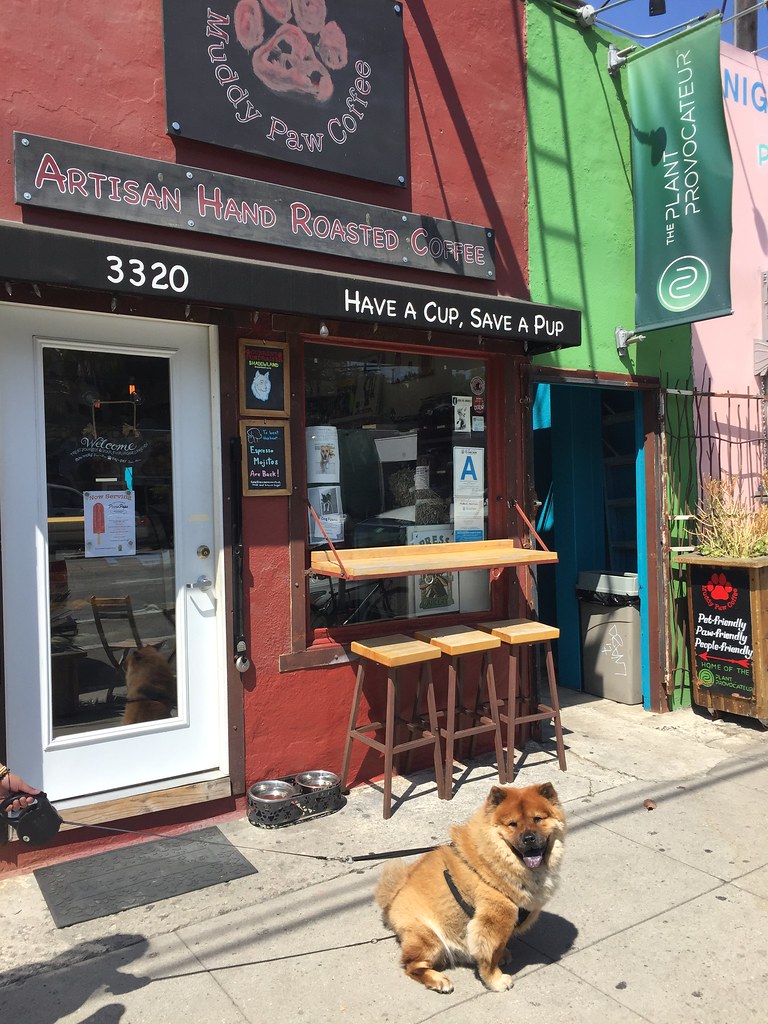 First stop of the day, we went to this little dog friendly cafe shop. The coffee and food were great! We bought some treats for Lambo and our other dog friends back in Houston. 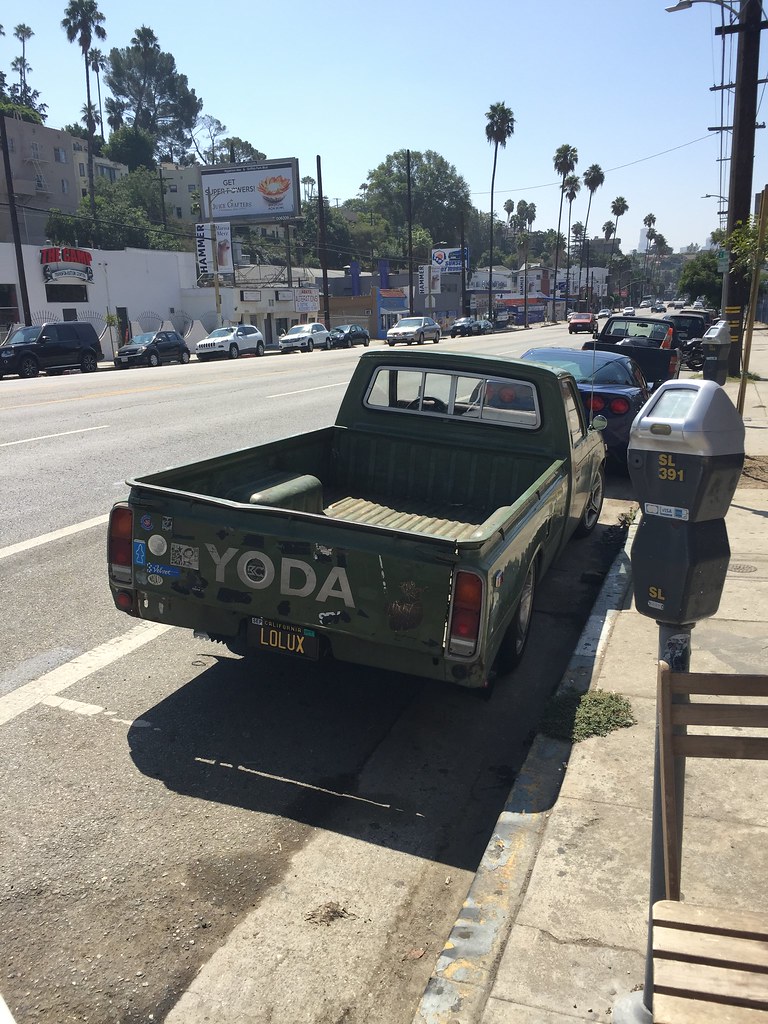 This cool little Toyota parked next to us. 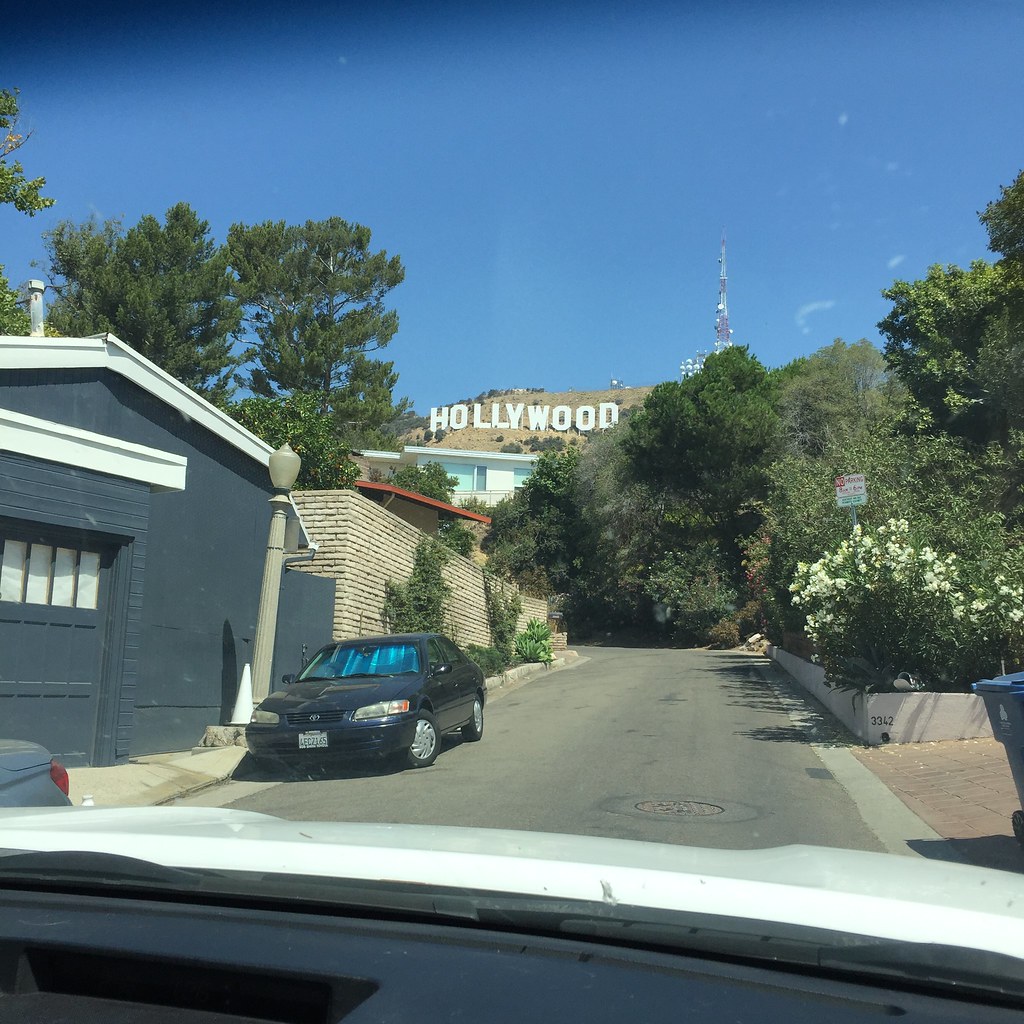 First tourist stop was the Hollywood sign. Now if you put the Hollywood sign on the Google maps or any other GPS, it will take to Griffith Park. But you won’t be close to the sign. Its set up like this because the residents that live near the Hollywood are tired of the tourist passing in the neighborhood. Here is the site that helps you getting closer to the Hollywood sign: 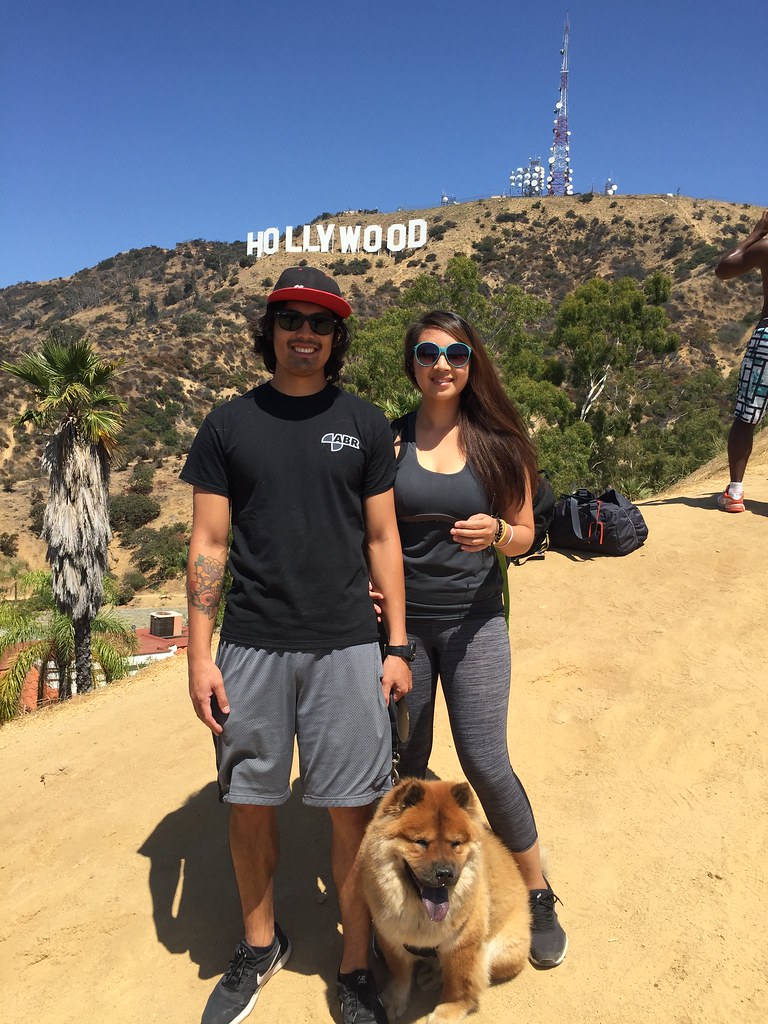 If you are lucky you find a parking space you can park close the sign with a short hike. But if you are not able to, then be prepared for a long hilly hike. There is actually another trail that would take behind the Hollywood sign but it was getting hot and I didn’t want my dog to suffer a heat stroke. 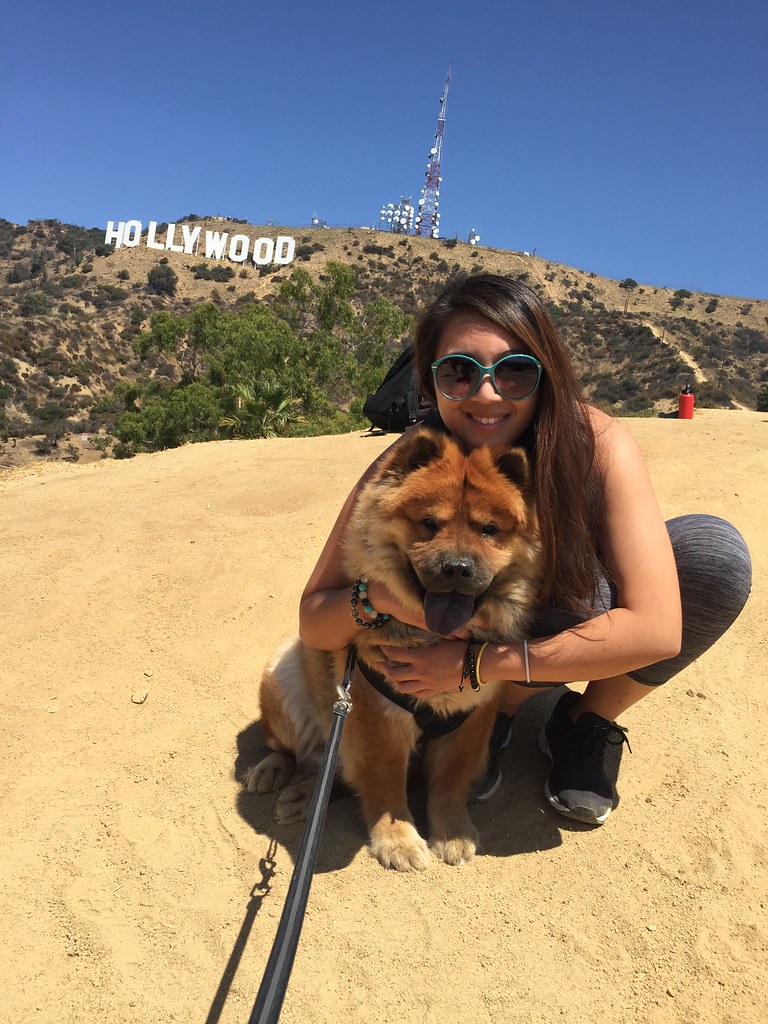 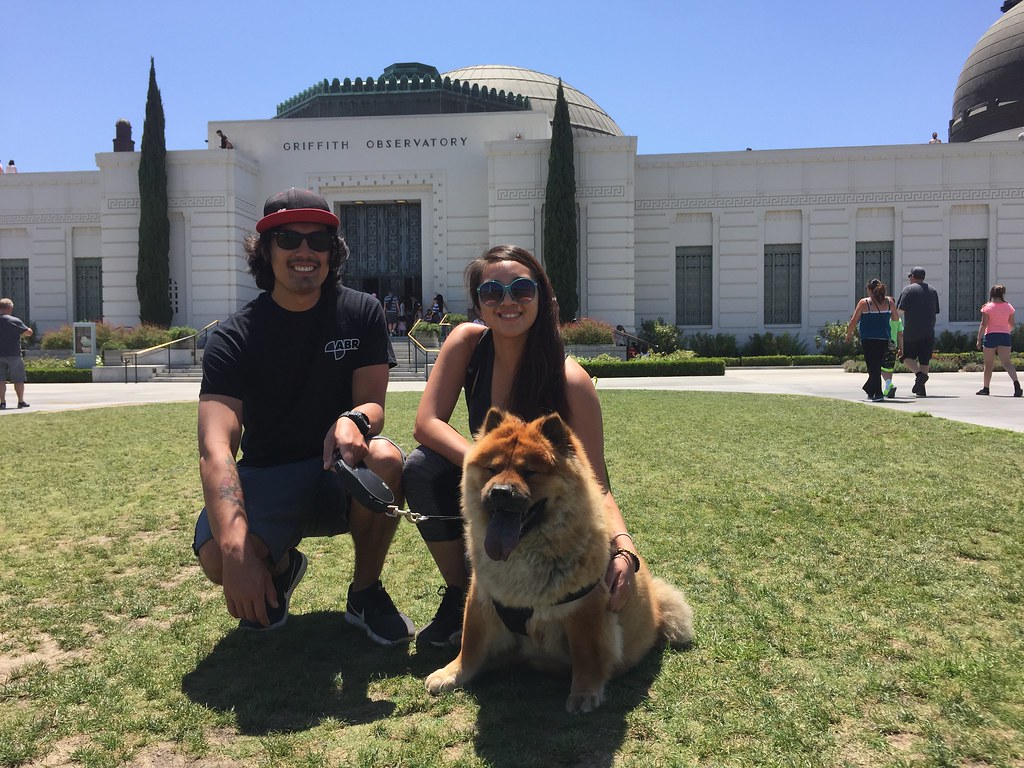 The next stop was Griffith Observatory. This was where La La Land was filmed at also. I’ve been to LA a few times before, but its actually my first time visiting the touristy parts. Im usually at the beach, or checking out car shops haha. 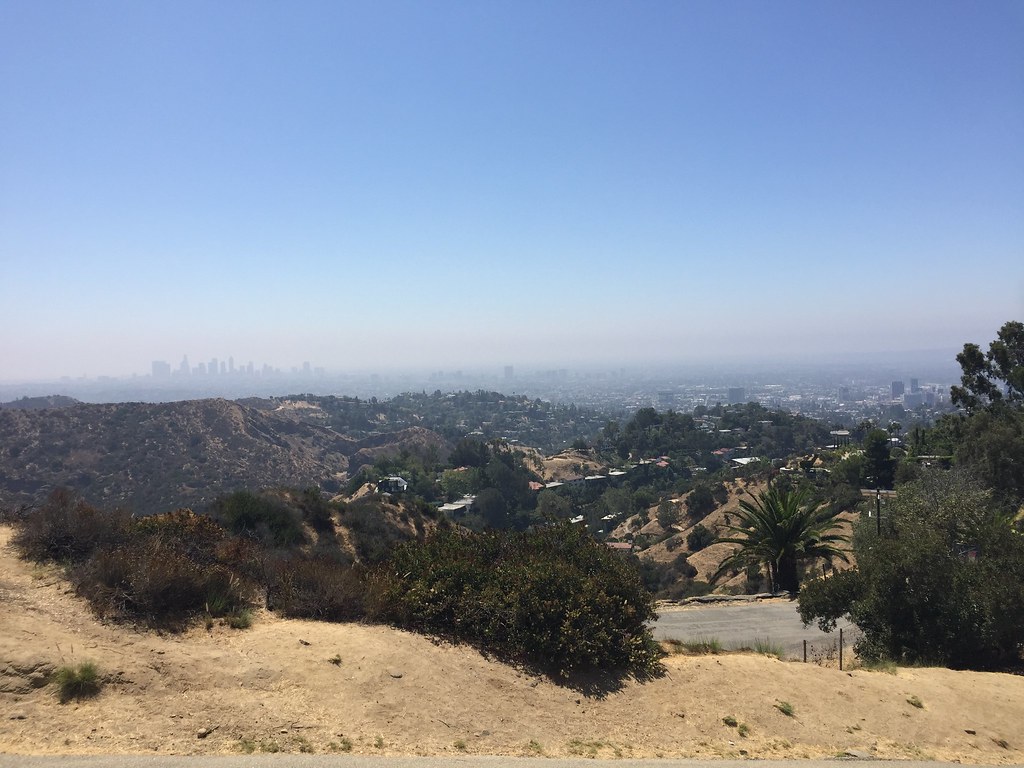 The LA skyline, you can see the smog too. But comes with the territory when living in a big city. 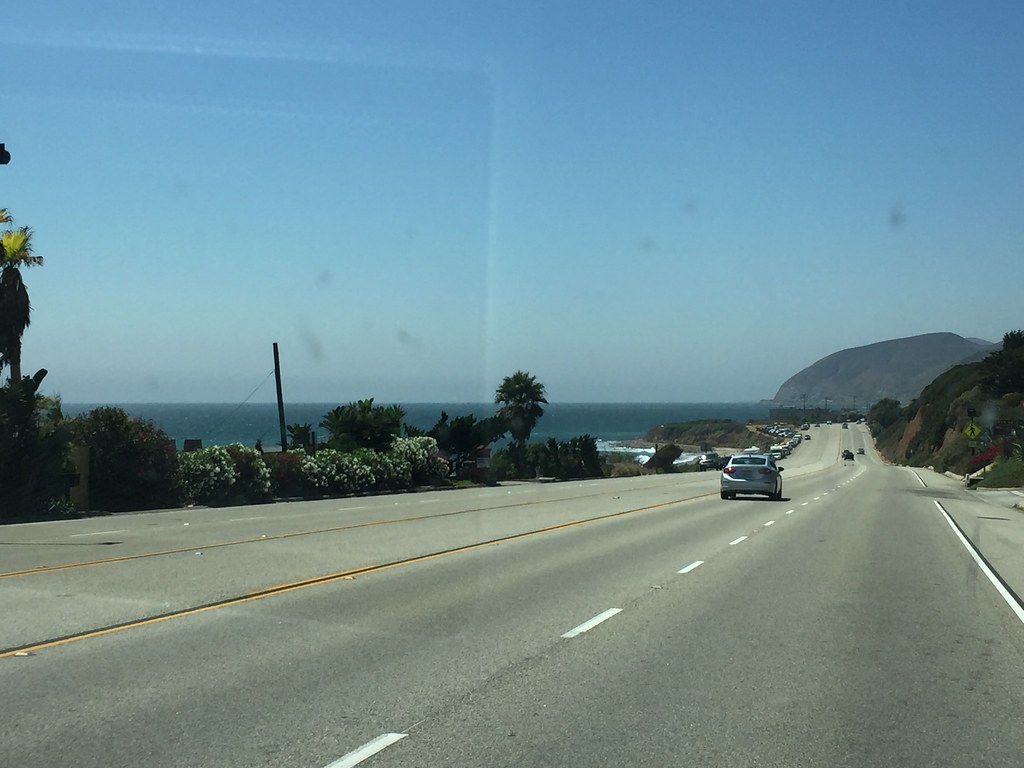 We the made our way to Malibu. The roads going was just beautiful and the weather was significantly cooler with the sea breeze. It a good place to get away from the LA congestion. 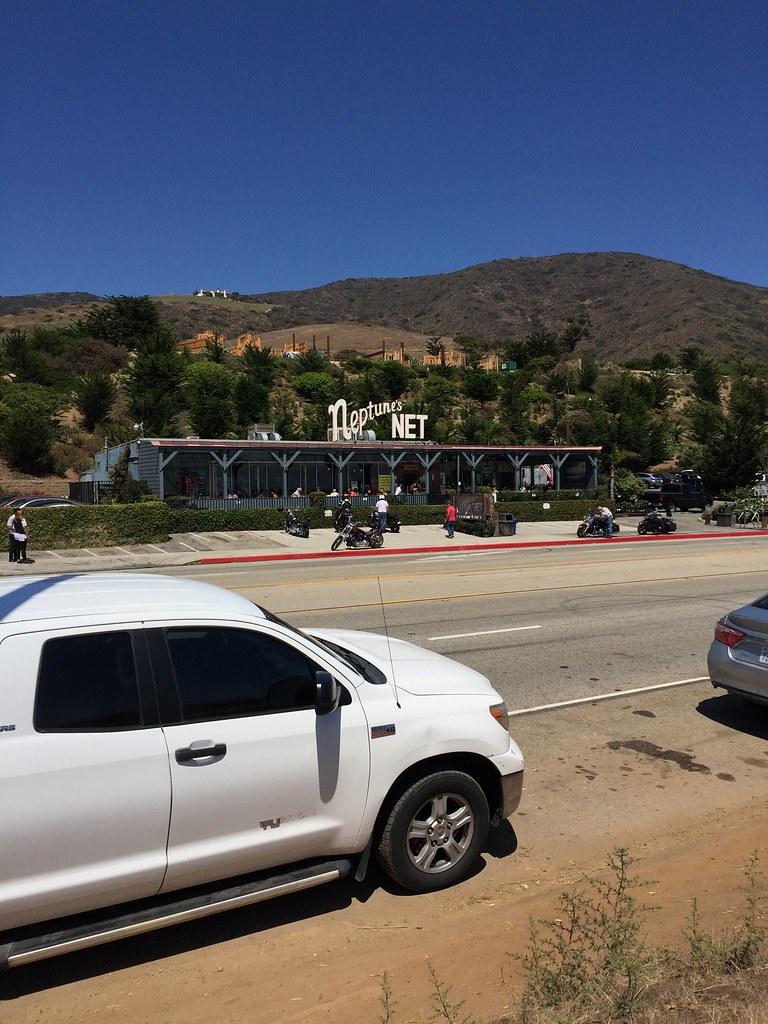 Another famous film spot is Neptunes Nest. This was where Brian said to Dom “I don’t need handouts….” Awesome food but not dog friendly unfortunately. We ended up ordering take out and ate the beach. Couldn’t really complain. 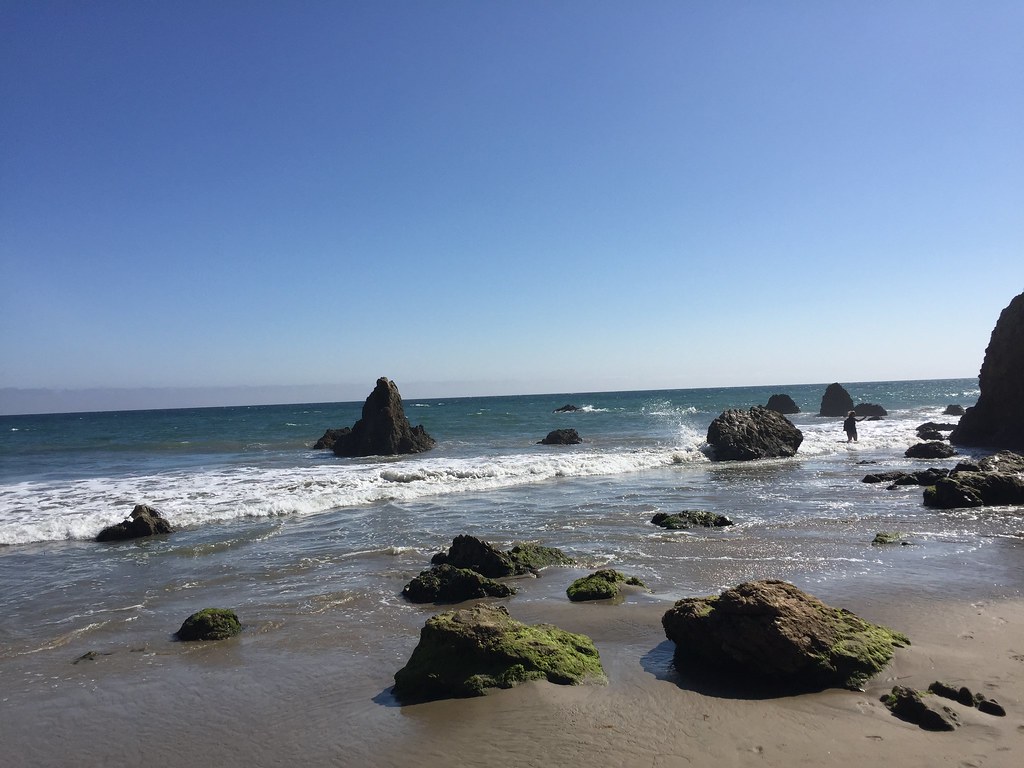 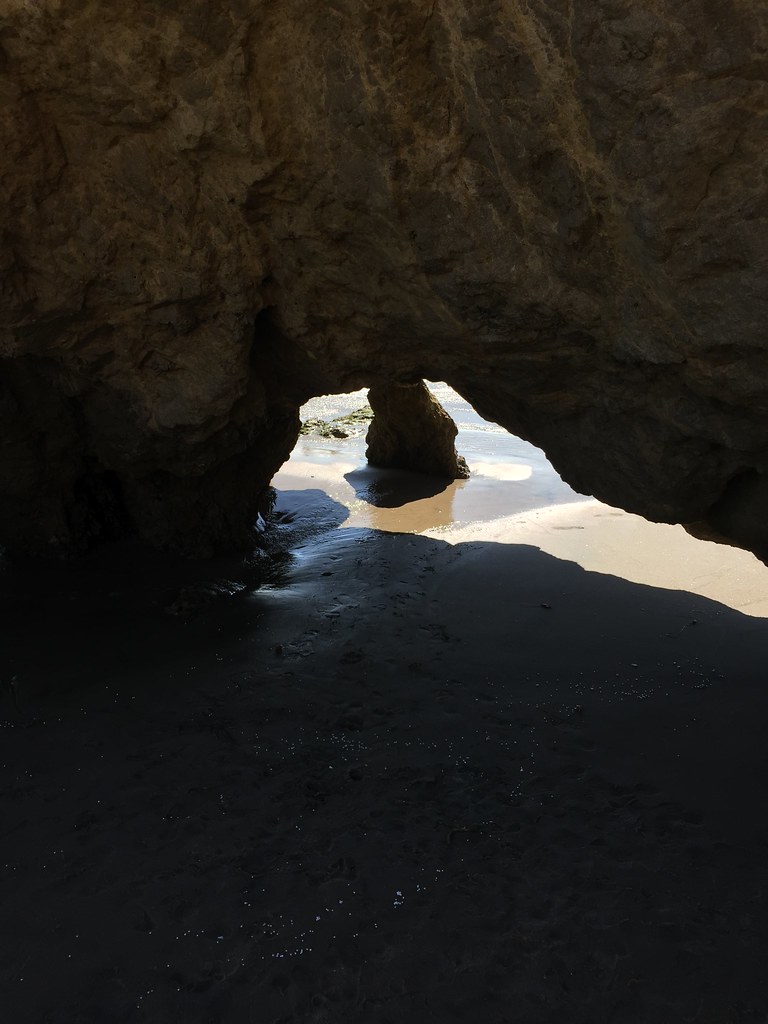 By night time my brother was tired driving in LA traffic and called it a day. My wife and I went out to catch up with Francis, our old college friend. He took us to this cool Ramen place. I forgot the name but the place was packed. 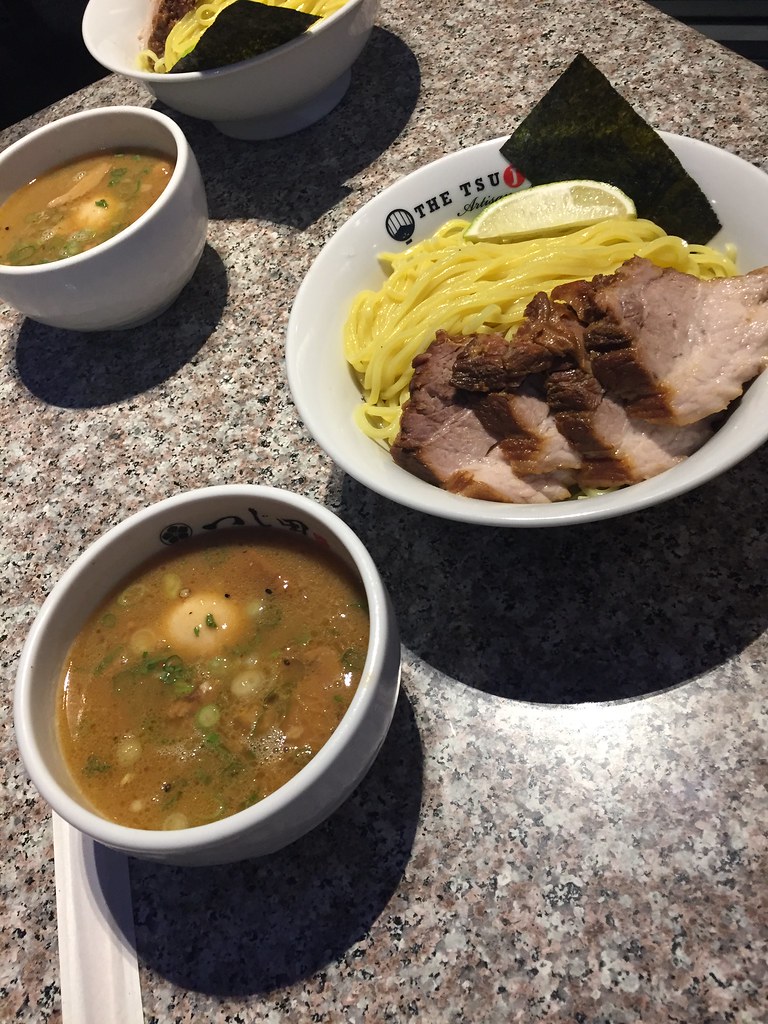 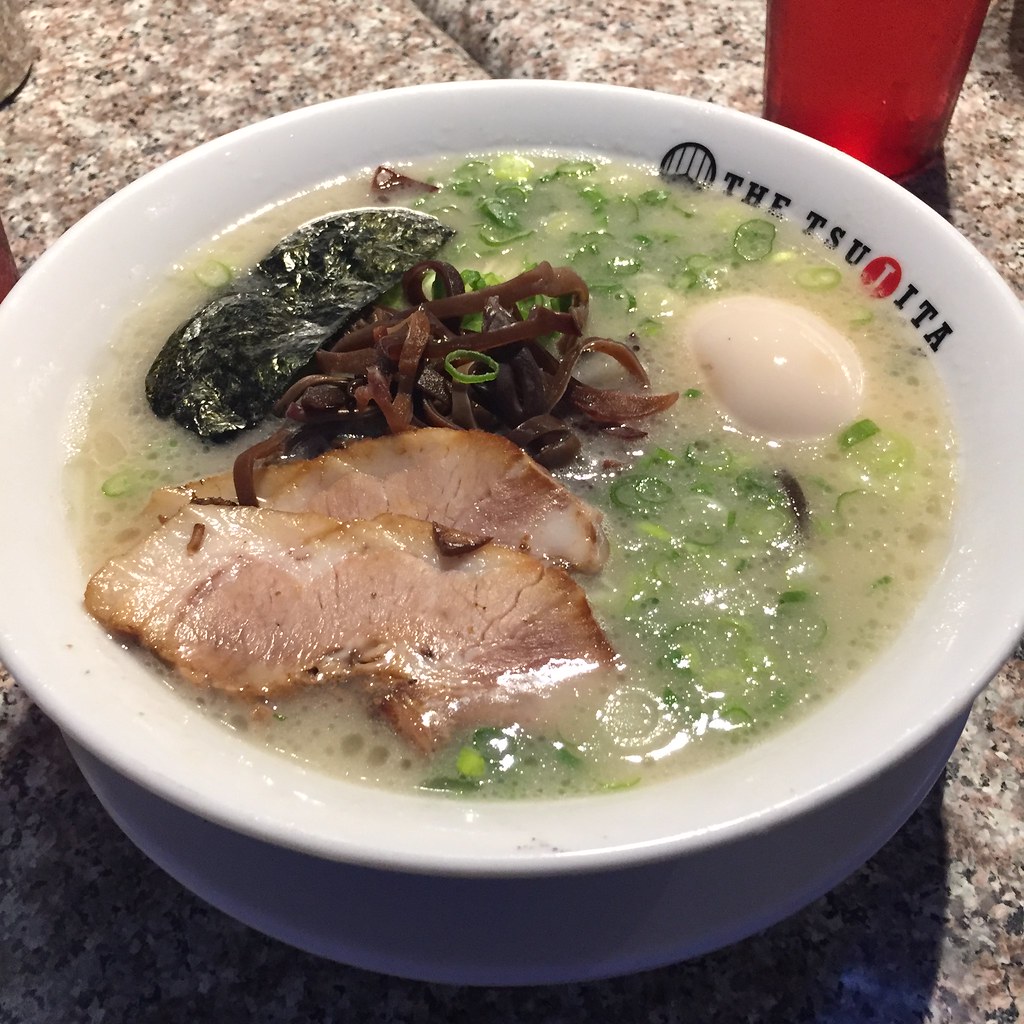 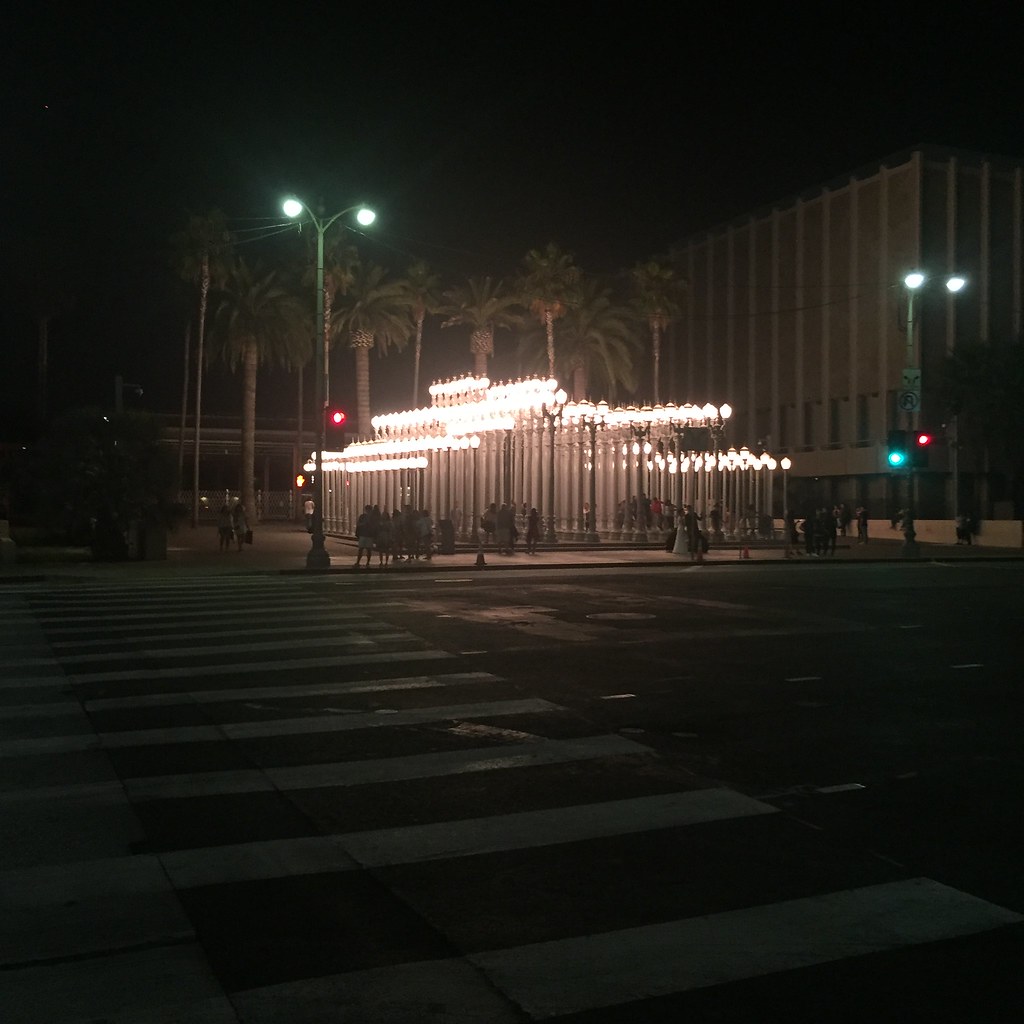 After dinner, Francis took us to “Urban Lights.” Its located near the art museum and best time to go is late at night to avoid the crowds. The setting made a perfect place for portraits. 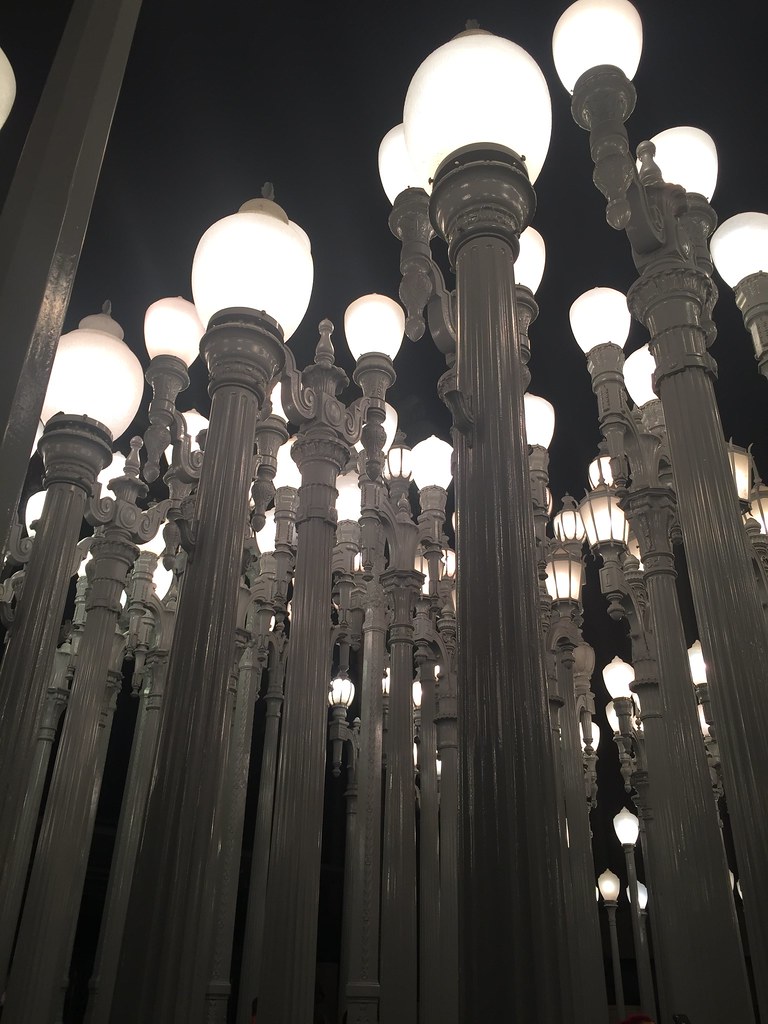 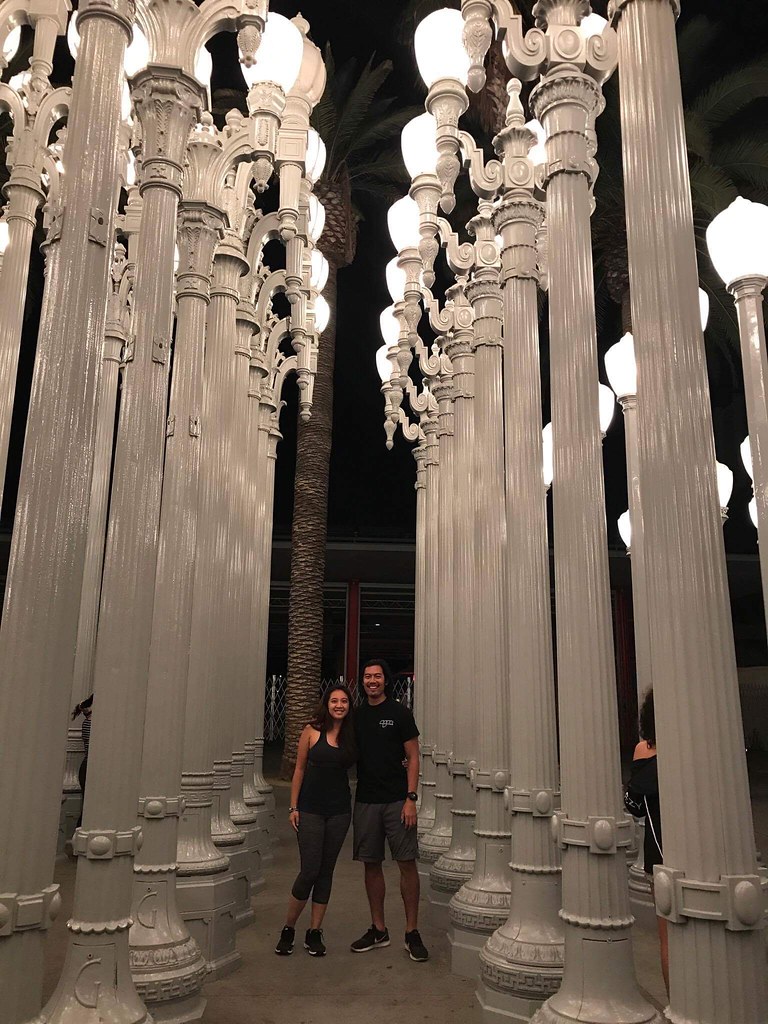 Francis took us to another beach where Chester from Linking Park lived at. Unfortunately is was too dark and too cold to take a photo. By that time we where all tired and headed home. I had to get some rest because the next day was track day.