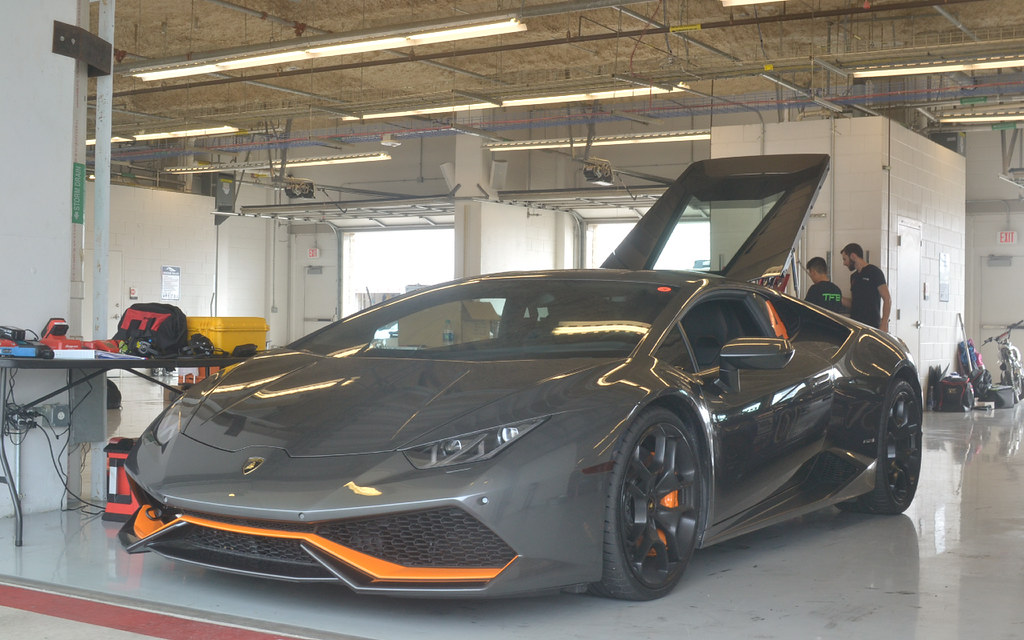 What more of a better way to kick off the final series with an exotic! Such a beautiful car with its Italian design. This Lamborgini Hurrican was in the same run group as me but we never passed each other during the session. COTA is such a big track usually you’ll have the track to yourself, with the occasional one or two point byes. 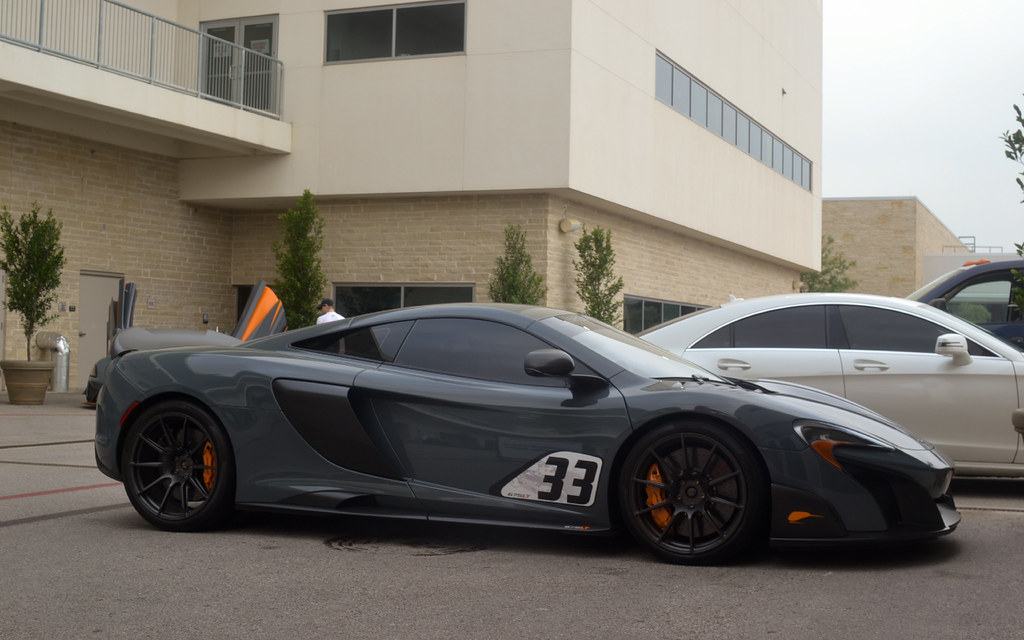 This Mclaren 675 LT (long tail) did pass me, no, I mean it pretty much walked on me. My lap times was a slow 2:51 sec range but this 675 LT was posting 2:19 sec range according to the driver during the drivers meeting. This thing catches you by surprise, you look in your mirrors in one corner and don’t see anyone then next corner you see the a grey 675 LT on your rear end! I had no problems giving the point by since that car has speed and downforce to pass anywhere. 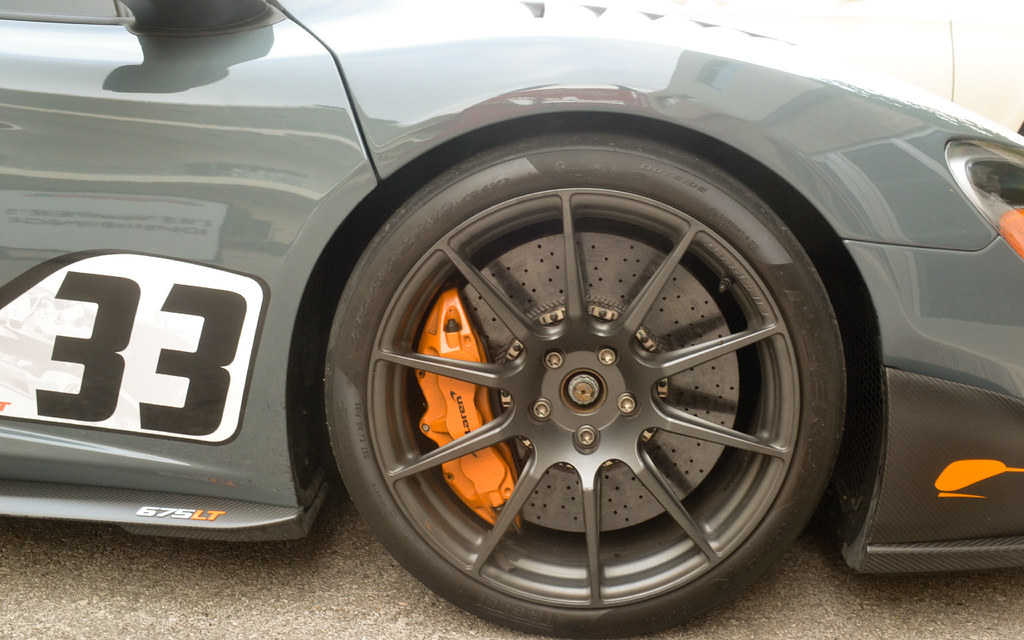 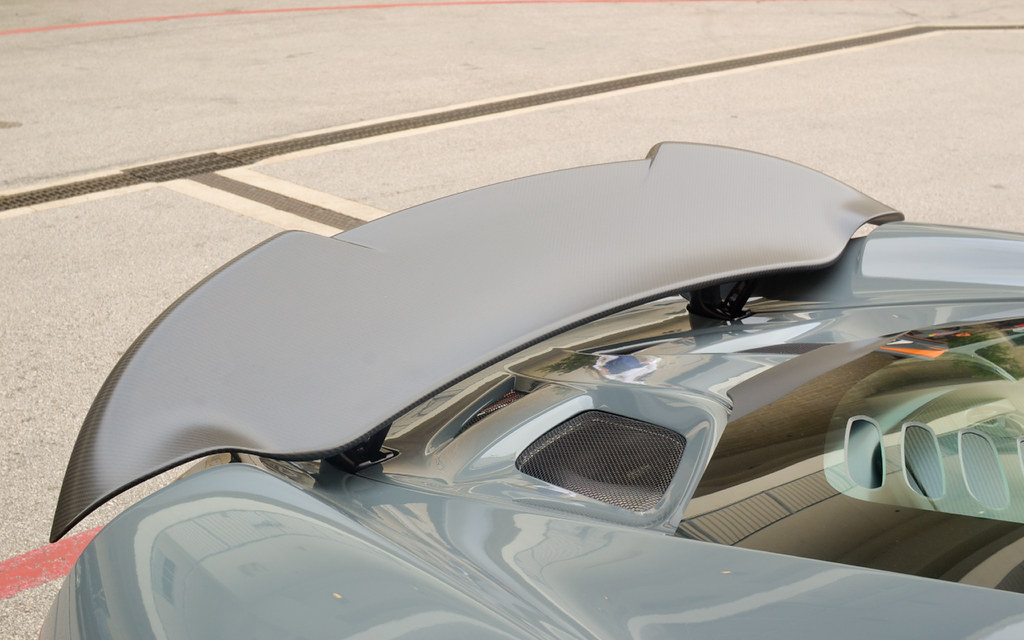 Adaptive wing that’s distracting to see it move at the track hahaha. 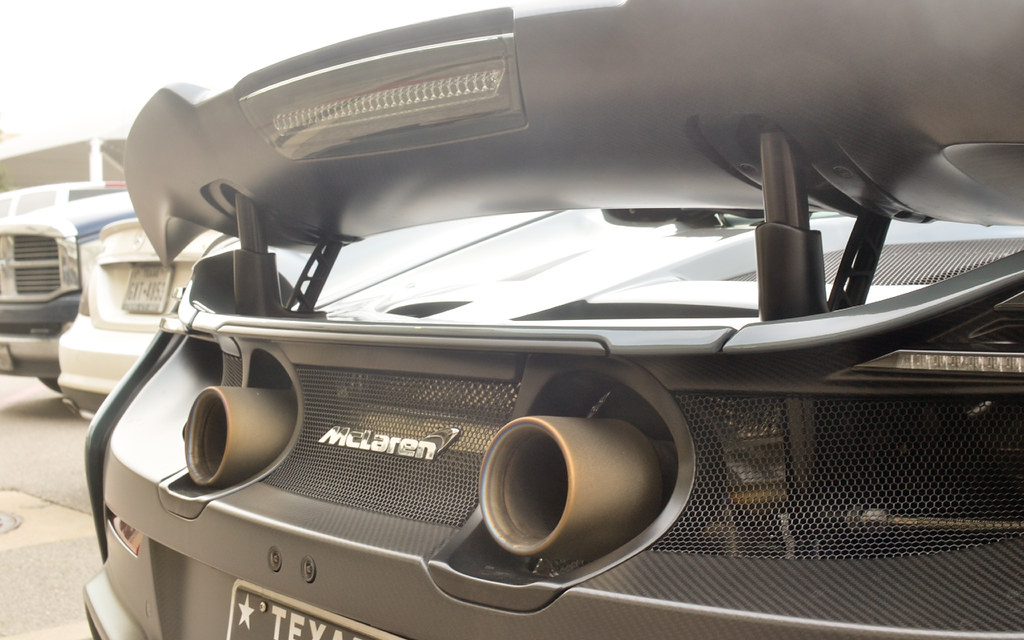 The titanium exhaust with the see through engine bay for more cooling. 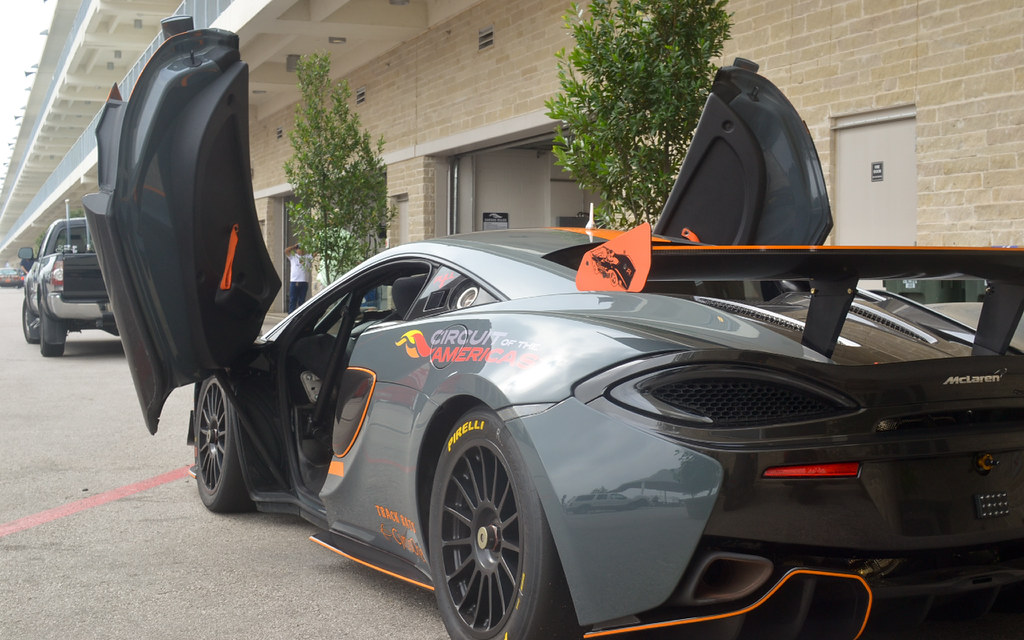 Then you had this race car 675 LT version. It has center locking wheels, fixed wing, roll cage, striped out interior with carbon fiber goodies. 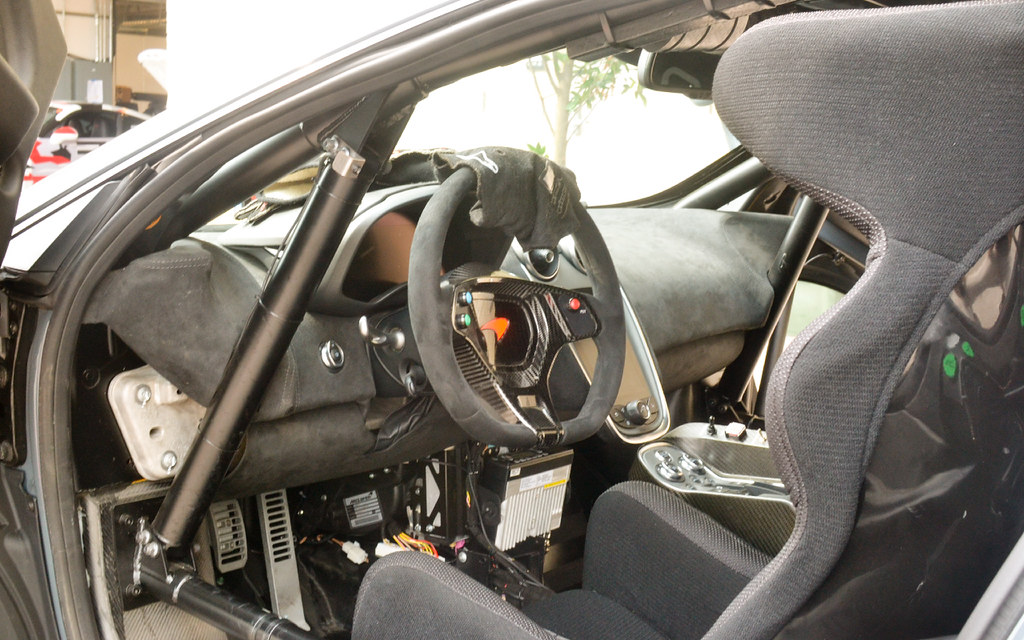 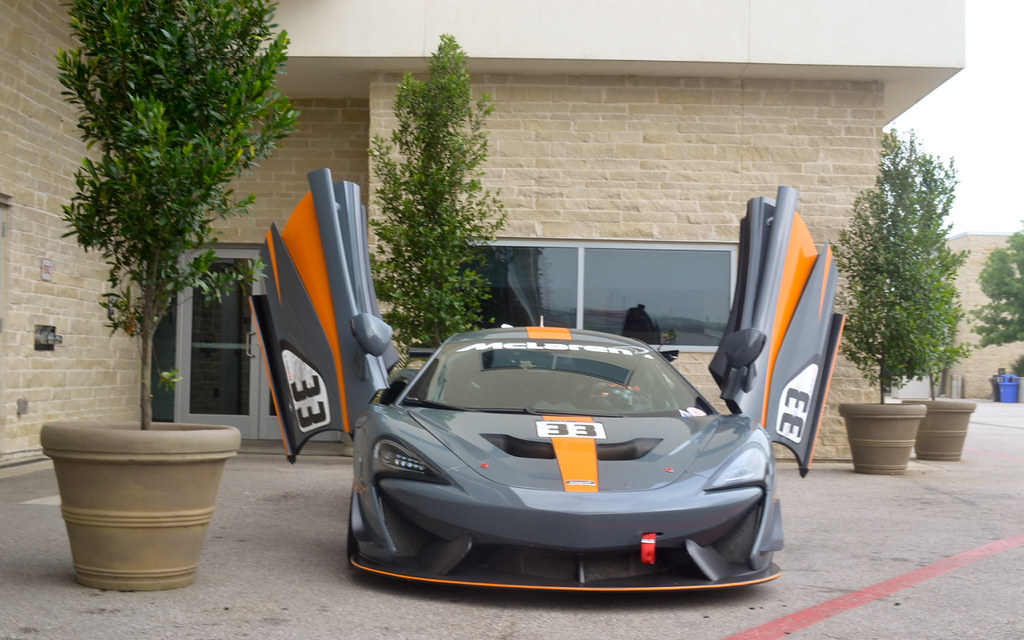 One thing I noticed with COTA compared to other tracks is it brings the heavy hitter cars…. Not the show cars heavy hitters but the expensive rare exotic cars. It nice seeing them used, and used in they way they where built for. Not garage queens or displays at Cars and Coffee. It’s a damn shame that most the cars I see nowadays are just for show and never really driven to the full potential. 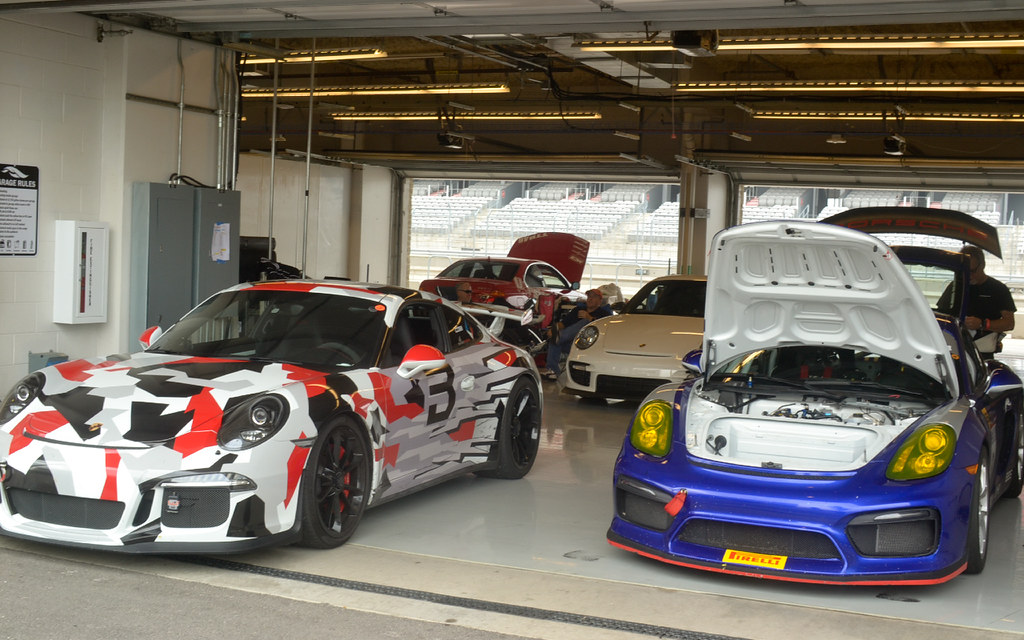 The P cars group. Not really digging the cammo wrap of the GT3 but it does attract attention weather you like it or not. Warping is a smart idea though to protect your paint from the track scars. The cammo GT3 was a slouch either, it passed me every session. 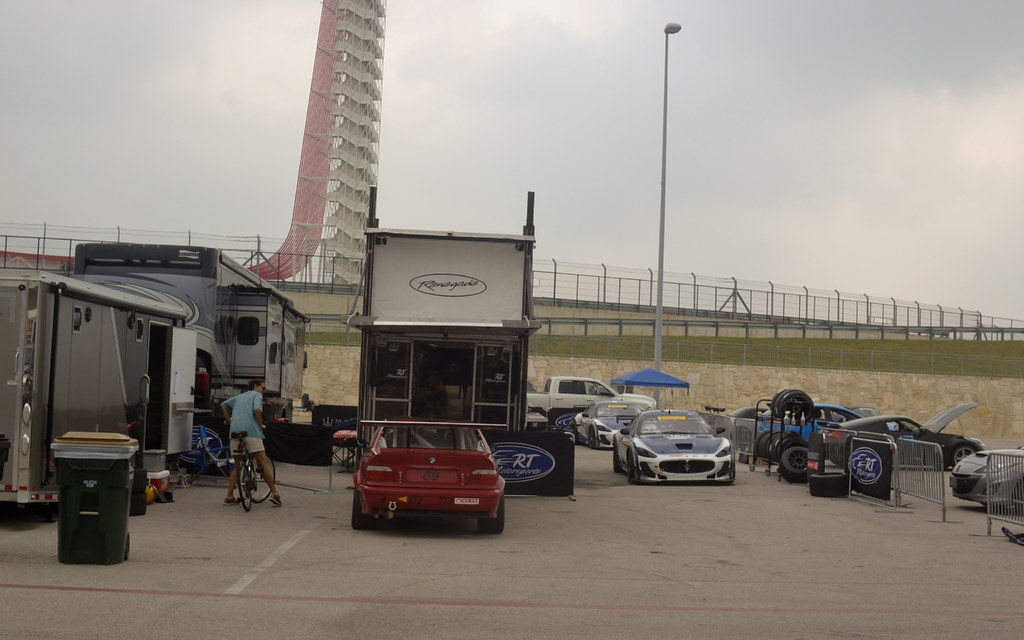 Those Masseratti’s in the background participate in the Pirelli World Challenge series. Meaning those most be pro teams out here. 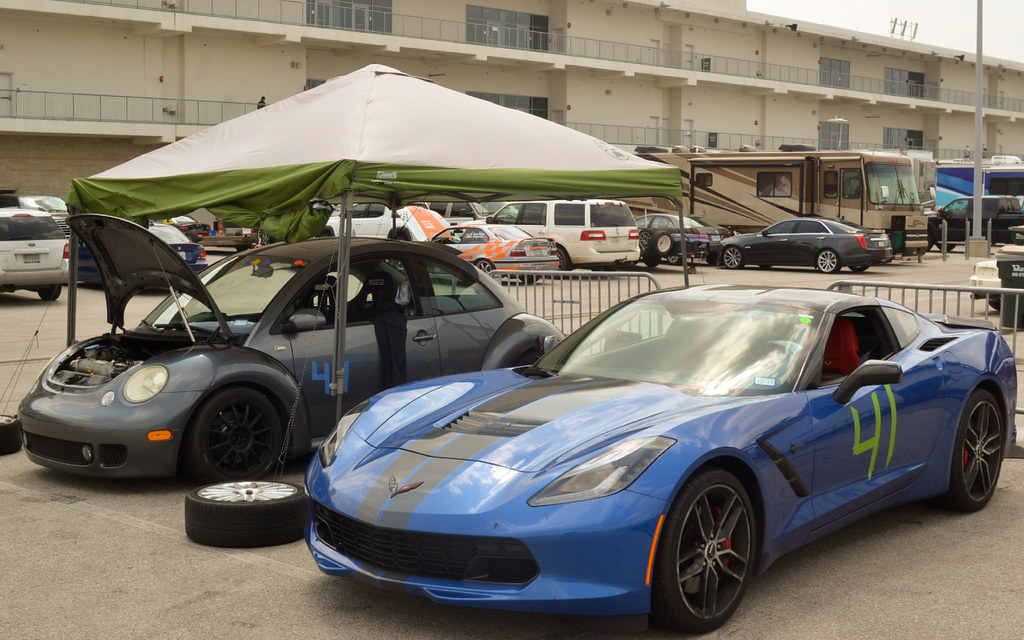 The grey Beetle is lady driven and in the same run group as me. The body was similar the the RSi Beetle in Europe. In the morning she was changing tires and swapping pads. She was one the slower cars becuase everyone else had higher power cars in the group but had awareness and made passing easy and safe. The blue corvette was in the novice class from the green sticker in the windshield. Sounded good rolling by. 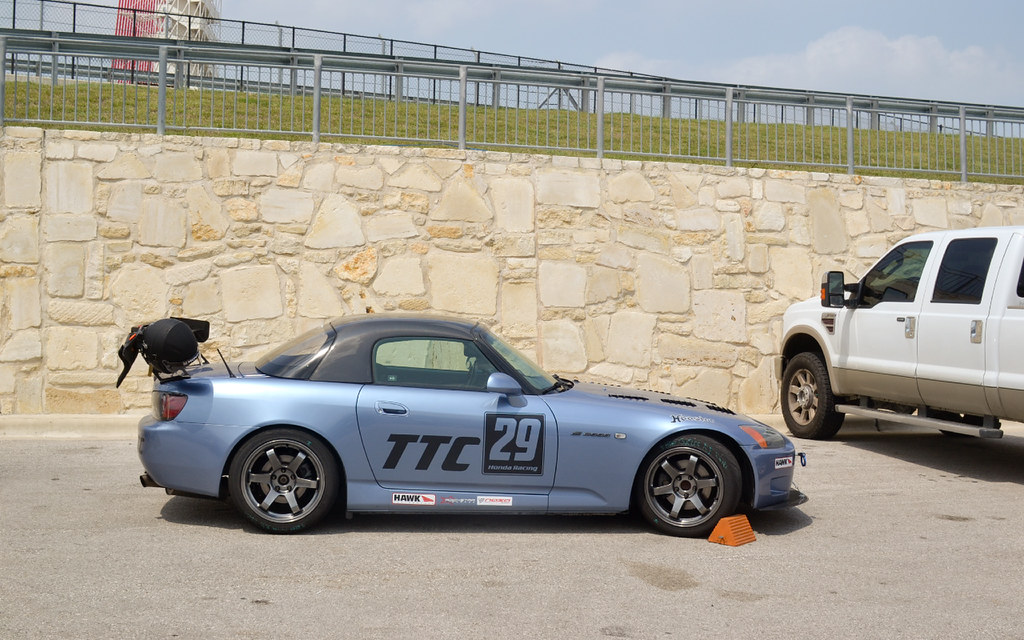 The owner of this blue S2000 was a funny guy. He even has a race Miata that he has done endurance races in. 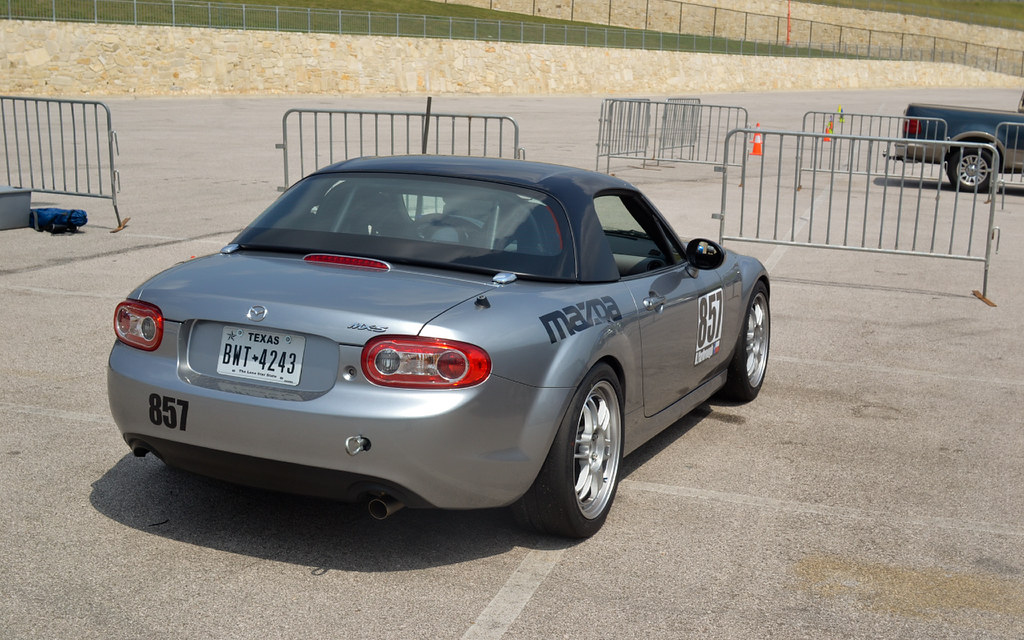 Speaking of Miatas…. this ND was in my run group also. Mostly stock with tires and wheels. That Miata can sure handle the corners pretty well. 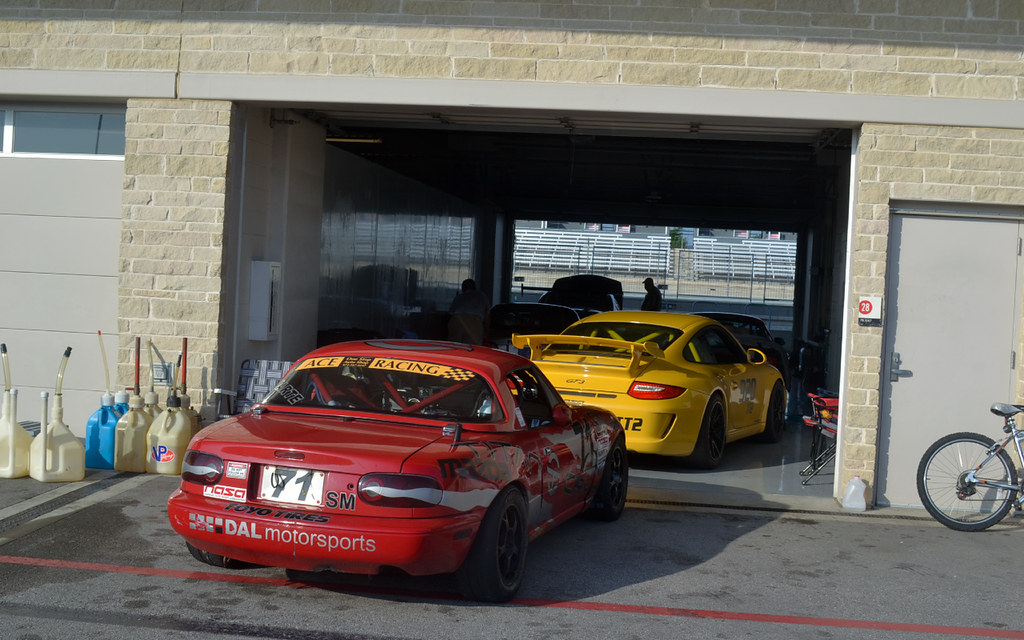 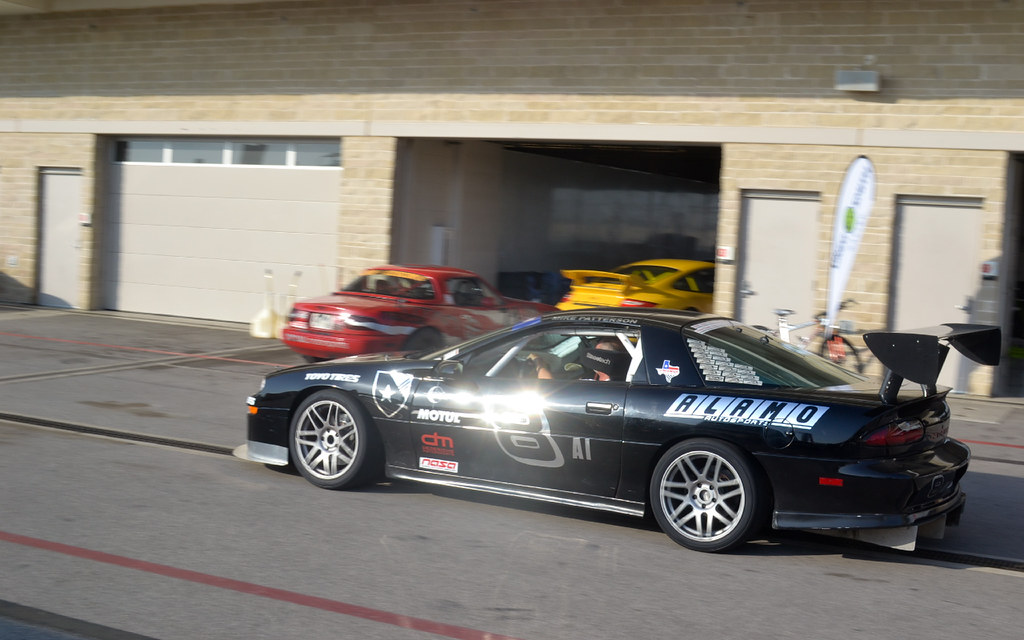 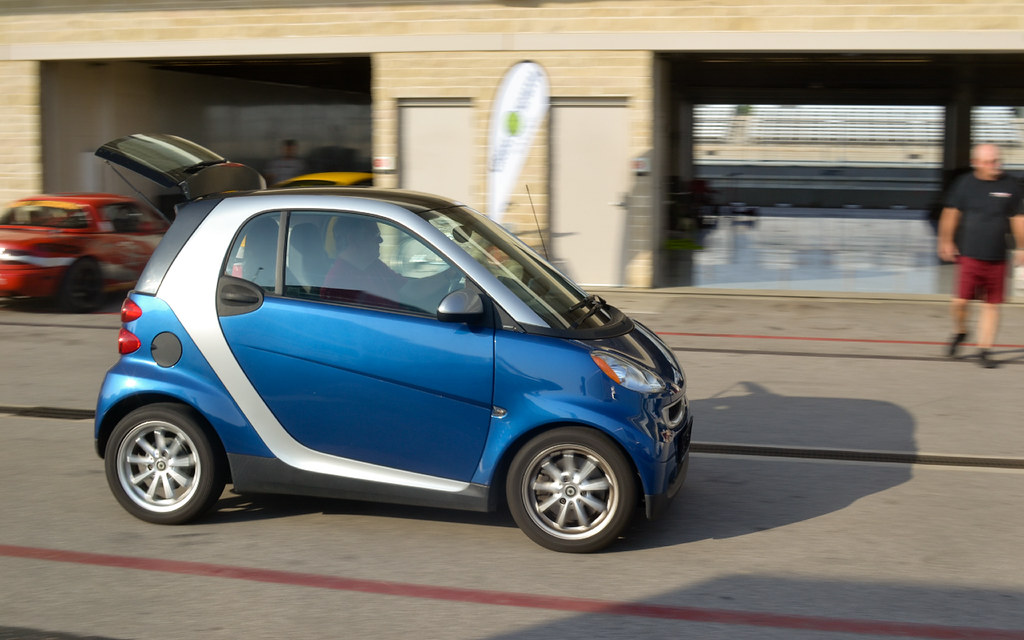 Smart car rolling, I guess the owner bought this to save money on gas for race car spending hahaha. 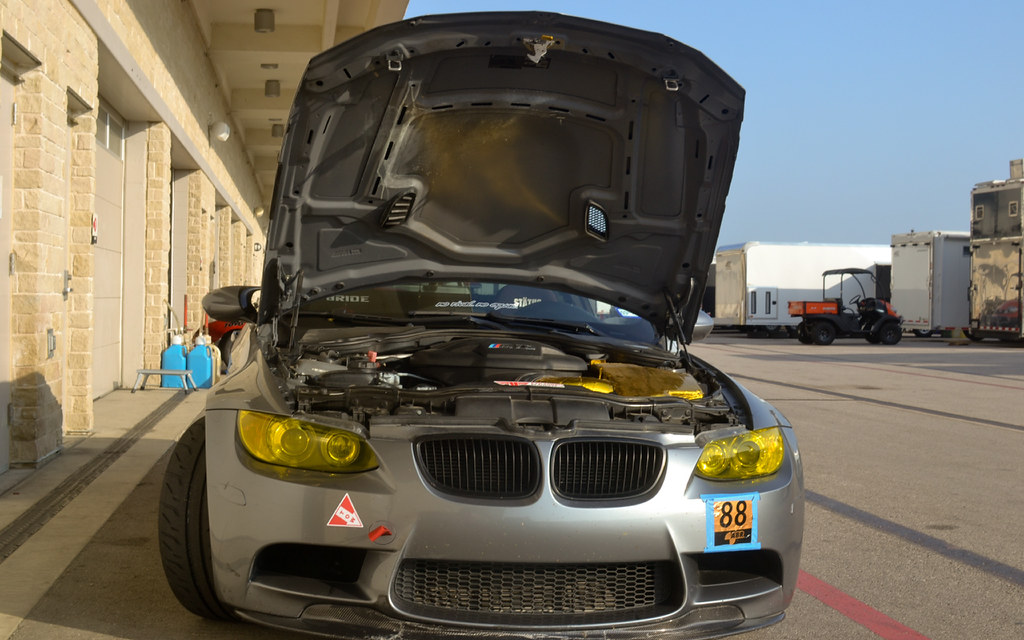 Showing off my gold hardware. 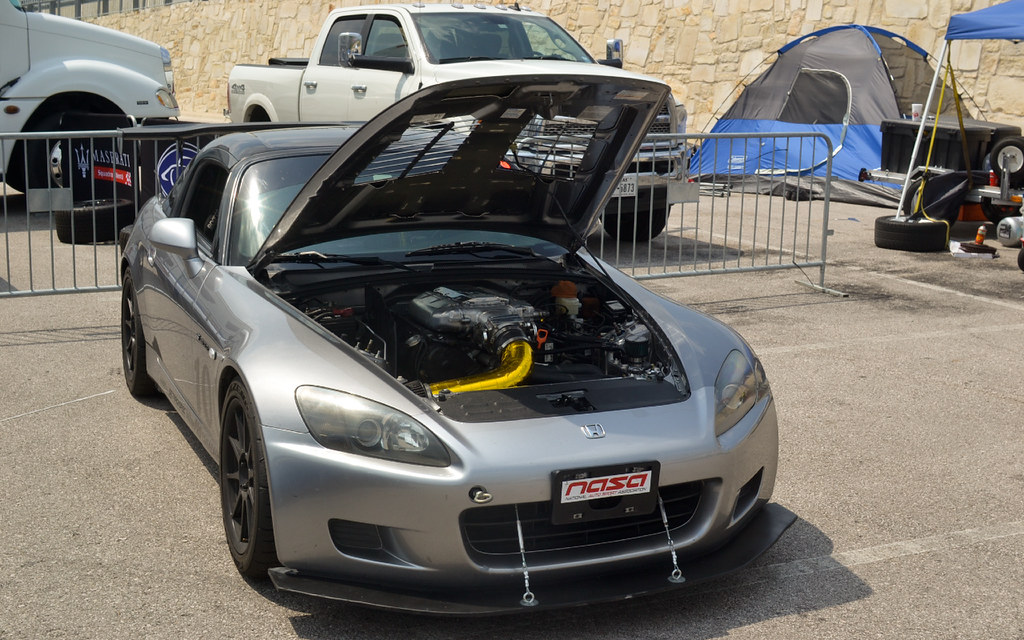 Chase’s J swap S2000. Interesting choice on the J swap. A lot of people would keep the F20C or even swap a K motor in, but those motors are expensive to buy and maintain. J swaps are cheap junkyard motors but have decent power and not much weight penalty either. 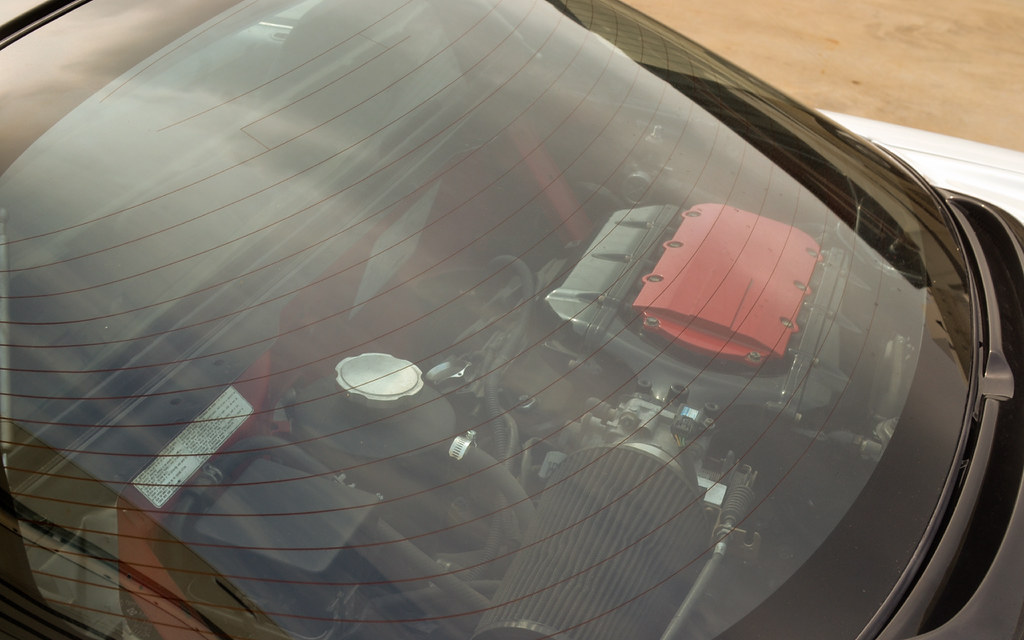 Here is a another J swap, and interestingly its from an NSX! First glance I thought it was a V6 stock C32B motor, but the intake manifold gave it away. The NSX motors are expensive to maintain and buy if you blow one up. Some people put K swaps with boost but that can get expensive as the original NSX motor. J swap is the good practical choice without sacrificing performance. 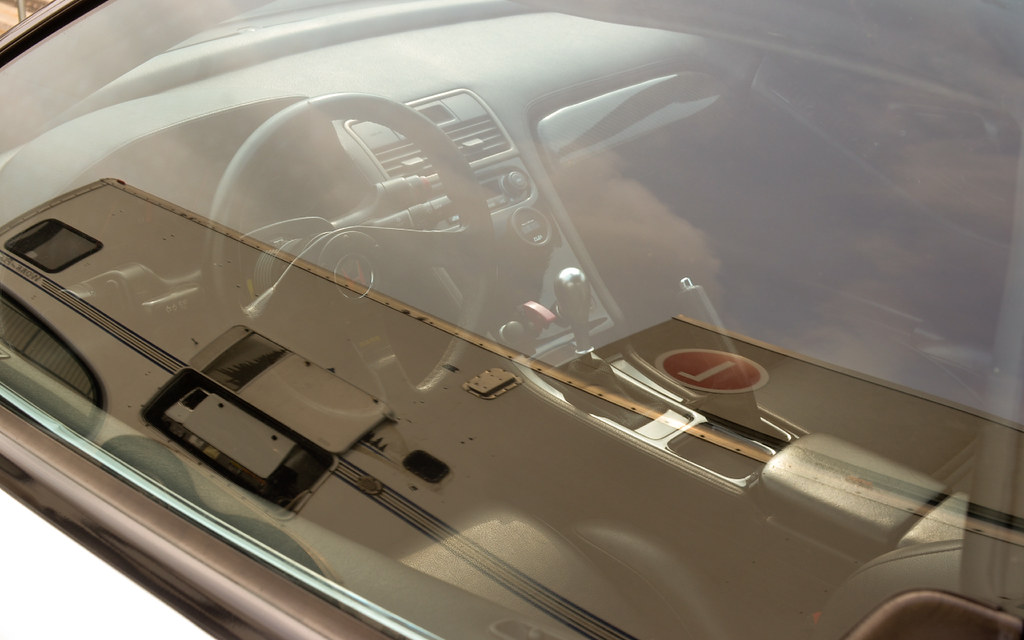 The interior had some few upgrades to improve driving feel. Im liking the carbon fiber center console sporting a couple gauges with a red switch…. I wonder what that is for. 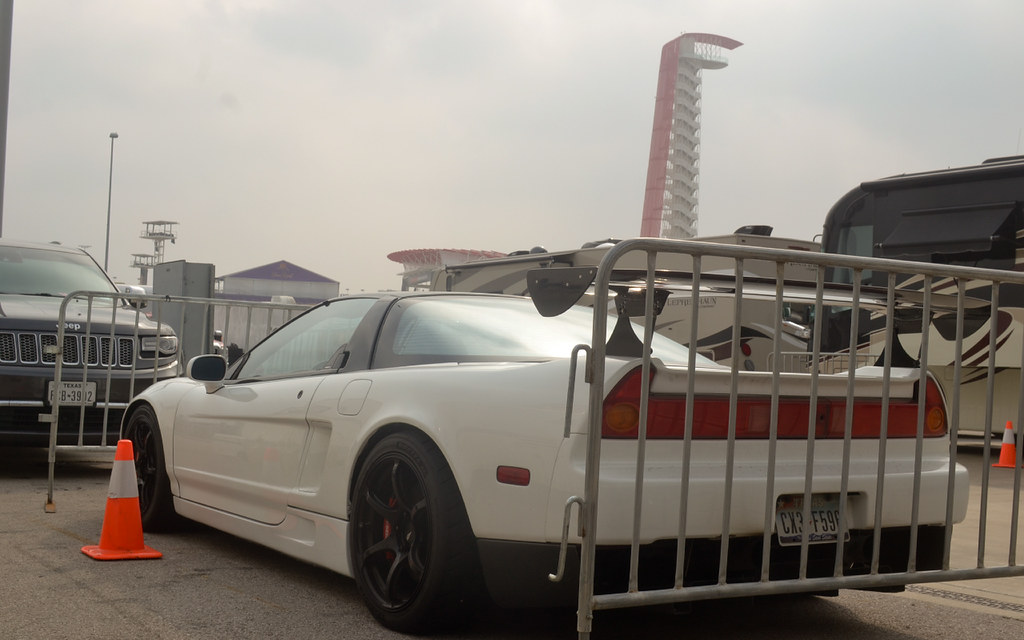 The booty shot…. Tastefully modded and Im sure it has some track miles under the belt. JDM mods that look like it was imported from Japan! The NSX is owned by Scott who is the head driving instructor for NASA. Basically he is the guy that will give you the final approval to move up DE classes or not. I’ll end it with that! Had a super great time at Circuit of the Americas with NASA. Track is life.