Soooo some of you might know but I bought an 87 Corolla GTS around mid summer. I bought it off a good friend up in Dallas, John McKenney. 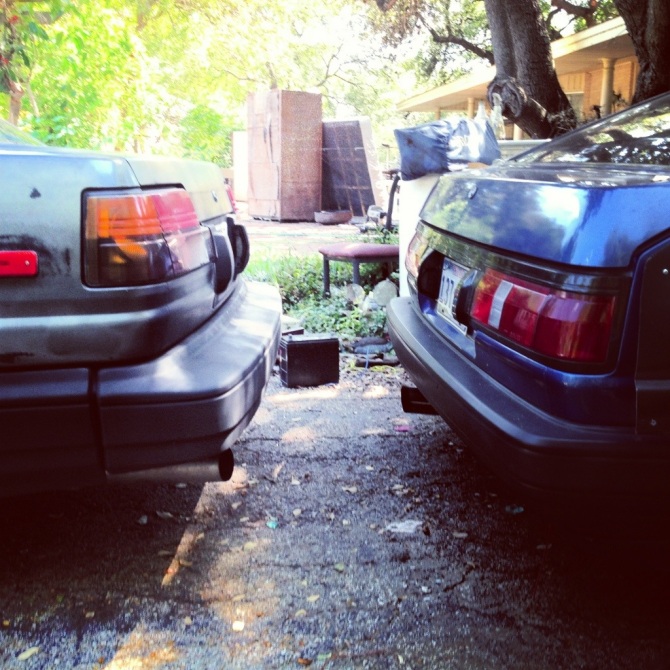 However the car was pretty modified at the time. I had to wait until he removed all the rare/performance parts from it. Including jdm levin front, custom coil overs, bucket seats, etc.

McKenney owned this car for like 6 years or something and I know it’s been difficult for him to see it go. At least it’s in good hands.

I agree to replace the levin front. For those of you who don’t know about the levins, they were the fixed front versions of the ae86. Meaning they didn’t have the pop up head lights like all the truenos. 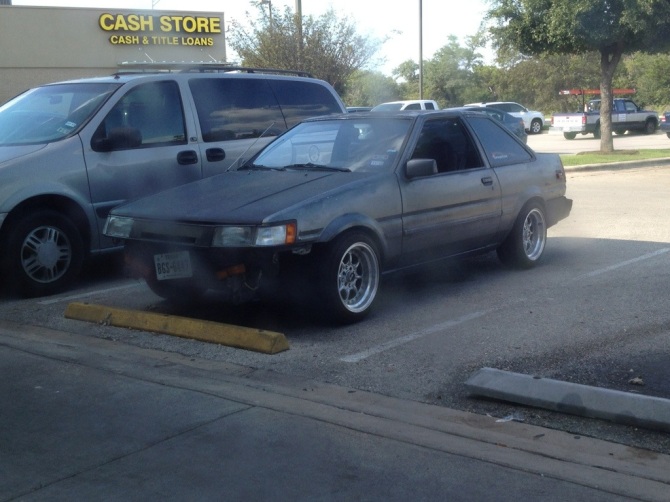 The first day I owned the levin (yesterday) I put 80 miles on it… And boy was it a blast! I forgot how much fun a stock-ish 86 is. So rev happy and such great handling!

So what are my plans? Daily status! I want to get it on coil overs, lower it on nice wheels. And eventually a runfree levin kit. I’m tempted to slap my old itb and megasquirt onto it… But it would kill the gas mileage 😦