I have put 70 miles on the motor and the oil changes looking good. I have enough confidence the motor wont blow up. The base map made the car drivable, but it would lean out on wide open throttle or sometimes stall starting off in 1st gear. Link is a vary capable ECU with many features I don’t even know how to use. I didn’t want to tinker with it, and then damage the motor from my inexperience. 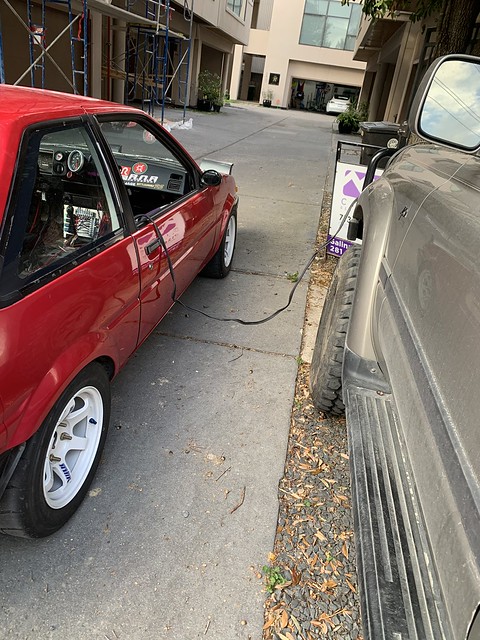 Currently Link isn’t that popular in the States, not sure why, because Link is common in Europe and Asia. Link ECU is great quality ECU and the best bang for the buck for the amount of features it has. The downside is, it only works with a Windows base operating system. If you have an Apple operating system, you are forced to buy a Windows. Thankfully you can get a decently cheap Windows laptop for less then $150. 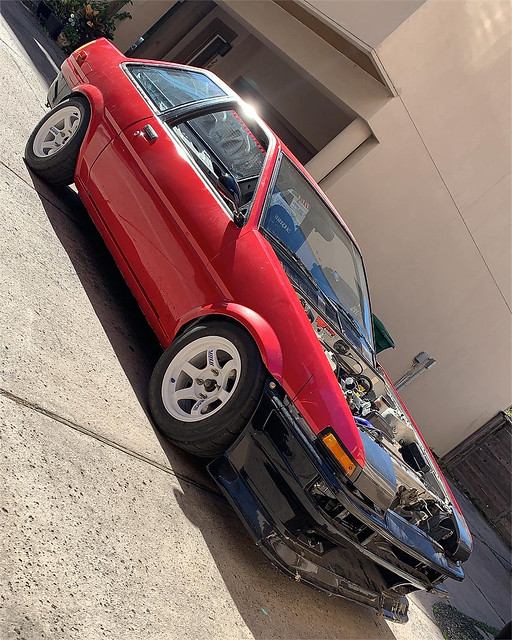 I started to look around locally, and even out of state tuners that can tune remotely. Some tuners where more expensive then others, and some didn’t have much experience with Link ECUs. Then right after the holidays, my friend Danh told me Brad was in town. I never met Brad personally, but he was well known tuner, and is a corolla owner himself. He has tuned my friend’s AE86 and is vary familiar with Link ECU. The downside was he moved out of State this year but was back in town for the Holidays. 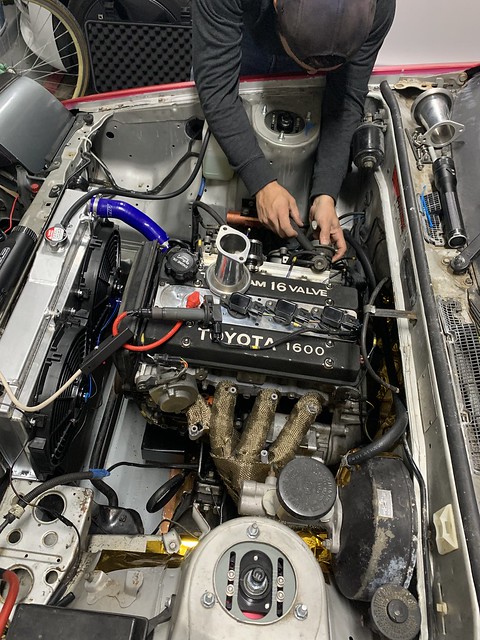 I txted Brad that same day, and despite my busy work schedule and Brad taking the time to meet up during the holiday, we meet up that night. At first, I worried my neighbors would get mad with the engine noise, but I had no choice since Brad was leaving in two days. The cops never came by, so I think my neighbors were understanding. 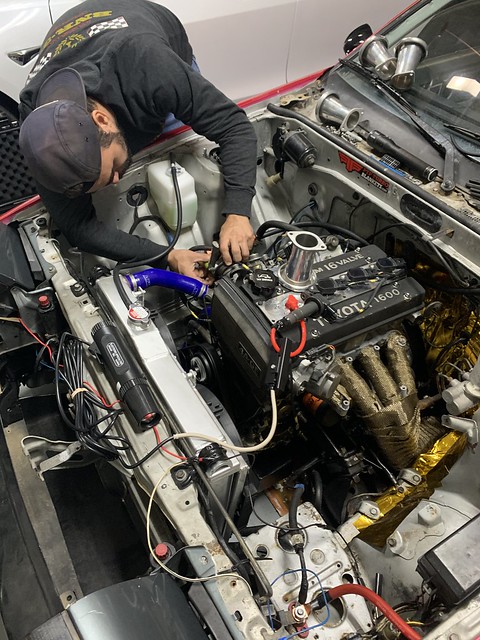 Before we could street tune it, we had to address some minor issues. Brad installed a Link air intake temperature sensor and mounted it to one of the trumpets. Then zip tied the wires to avoid anything catching under the ITBs. I worked on getting my headlights wired up,. I ghetto rigged it, but it was good enough. 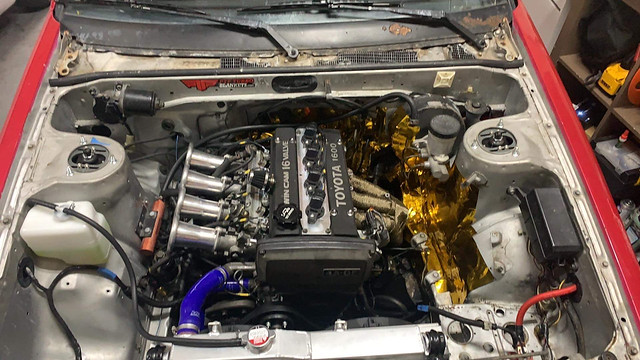 Brad synced the ITBs, and did some ecu tweaking via laptop before the initial drive. I didn’t take a pictures or videos during this time, but Brad knew his stuff. He did adjustments during the drive and making sure everything was within safe parameters. The AE86 runs a lot smoother, and sings all the way to 7800 rpm! We set the RPM limit to 8k, because the fuel map shows the AFR starts to taper at 7800 on wide open throttle. I consider it, as a win. 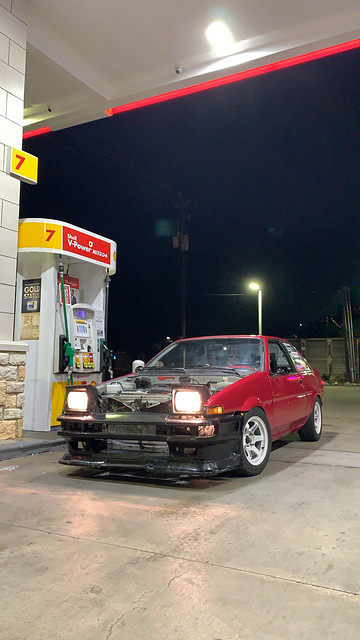 Now with proper tune, I’ll be hitting the track soon!