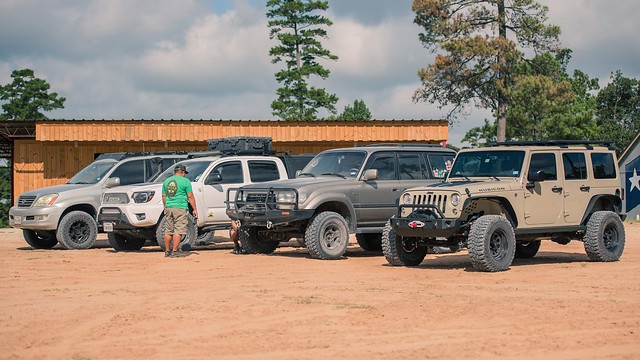 After a fun day at Hidden Falls my friends wanted to do another wheeling trip. We decided to go to General Sam’s Offroad Park in the Huntsville, Texas. Roughly a 1hr and 30min drive from Houston. It was going to hot summer day, Im expecting the tails to be dry and dusty. 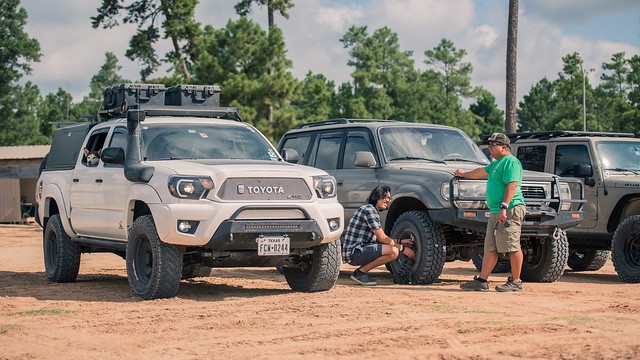 What was supposed to be a nice little off road fun turned to be more then what we expected. The trails on the park where unmarked. They have an app for the park which is cool, but the app doesn’t show the level difficulty of the trail. We took a trail that looked easy going, or so we thought. 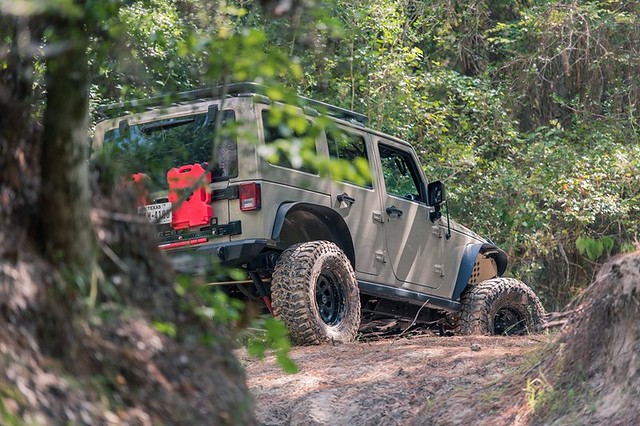 The trail entrance lead to a somewhat damp river bed. We got some minor pinstripe from the bushes but noting new there. 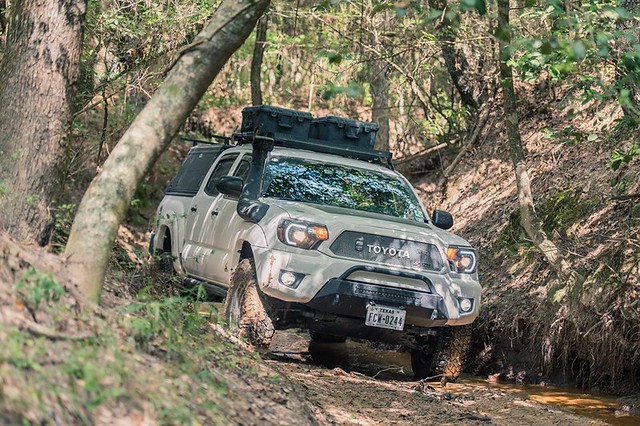 The trail looked wide enough but that changed the deeper we got.

Some areas you literally had millimeters of clearance. I couldn’t even open my door to help spot in some areas. Traction wasn’t an issue, it was the clearance.

It was soo tight, that body damage was going to happen. And we couldn’t back up because there was another group of 4×4 behind us. 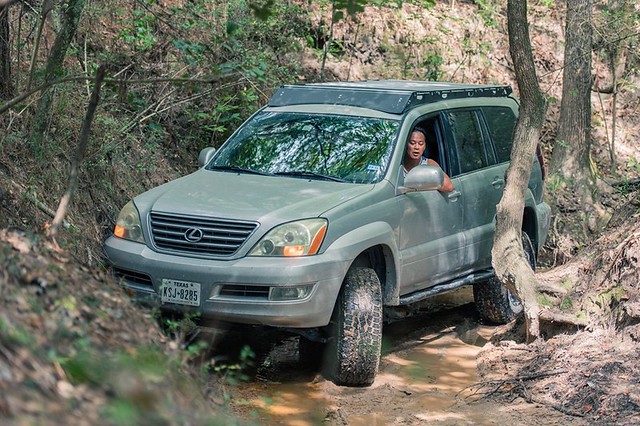 I was starting to think if this trail was made for ATVs only. 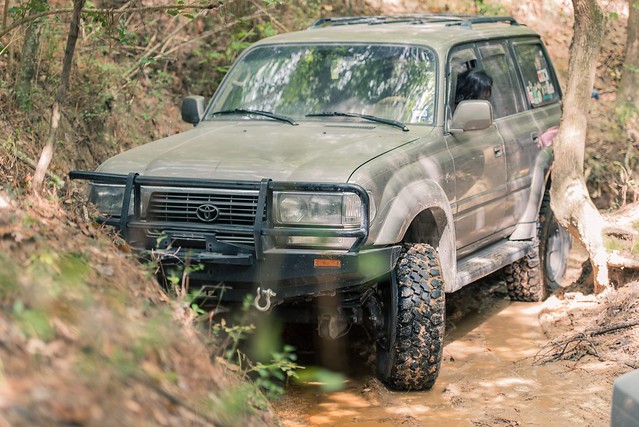 I was able to clear that tree no damage. My ARB bumper took most of the hit. ARB is such a tough bumper, that I didn’t get damage.

The very exit of the trail is where all the rigs got the worst damage.  There was a big root on the left side that everyone hit, and then the tight wall on the side of the exit took out my rear flare.

I was pretty bummed out it. Trail scars sounds cool, but for me not really cool if it happens on your nice rig. Its like a big scar I have to get used to.

Finally we all made it out. 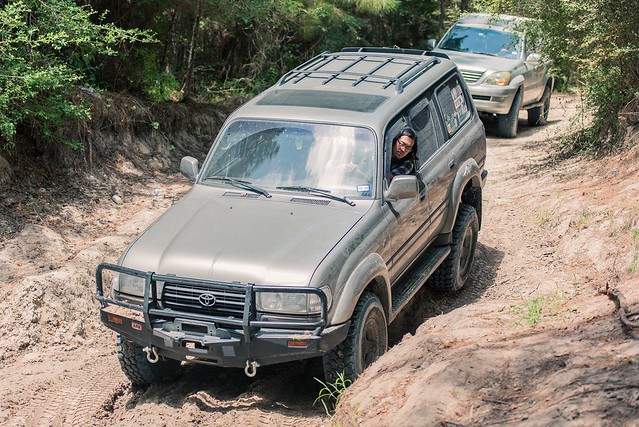 After everyone getting body damage and bruised egos, we hit the main trail to find a good camp spot for cooking. 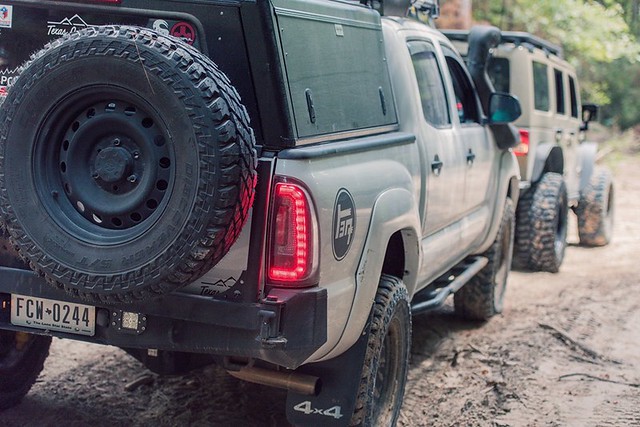 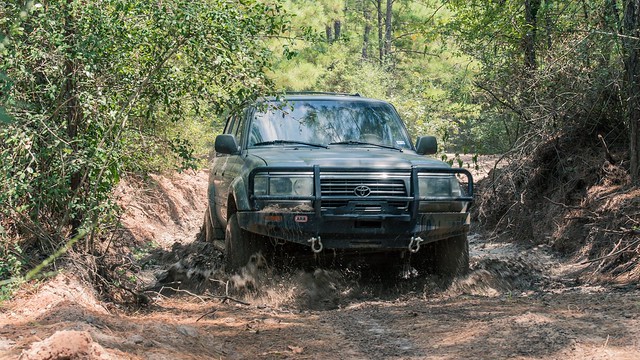 We found a good little shaded spot to cook and reflecting on the body damage caused. Joking about it wasn’t that bad or how our wives would get mad at us. Technically it could have been worse, but it could have been avoid if we didn’t take the trail in the first place. 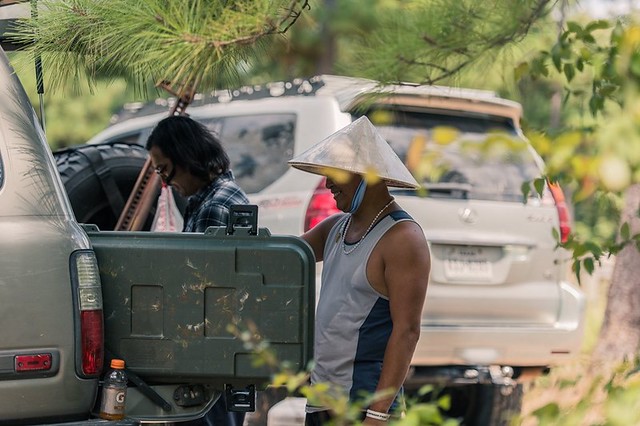 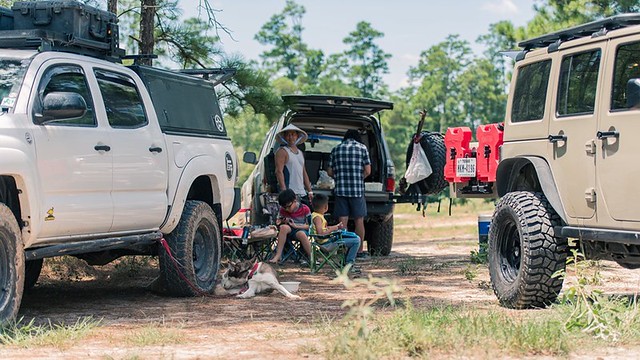 Battle scars… sometimes it’s cool and sometimes its just a bad reminder on bad decisions. I learn that if the trail gets too hard, dont push and just go back. I had a nice 40th anniversary Land Cruiser that unfortunately got body damage. Probably going to take it to the body this year to get that fixed. Whats done is done, and Ill just have learn from it and go on. Im not going to stop offloading but this experience was a lesson learn. Take it easy, and don’t continue to a trail that might be too tough. Looking forward to the overlanding trip in October. Hopefully it wont be too difficult.