After after removing all the sound deadening, I still had one more task to lose more weight. This was taking out the interior HVAC system, because I already pulled out the AC system of the 4age motor. My goal, hopefully, is to be under 2000lbs and every bit of weight savings counts. 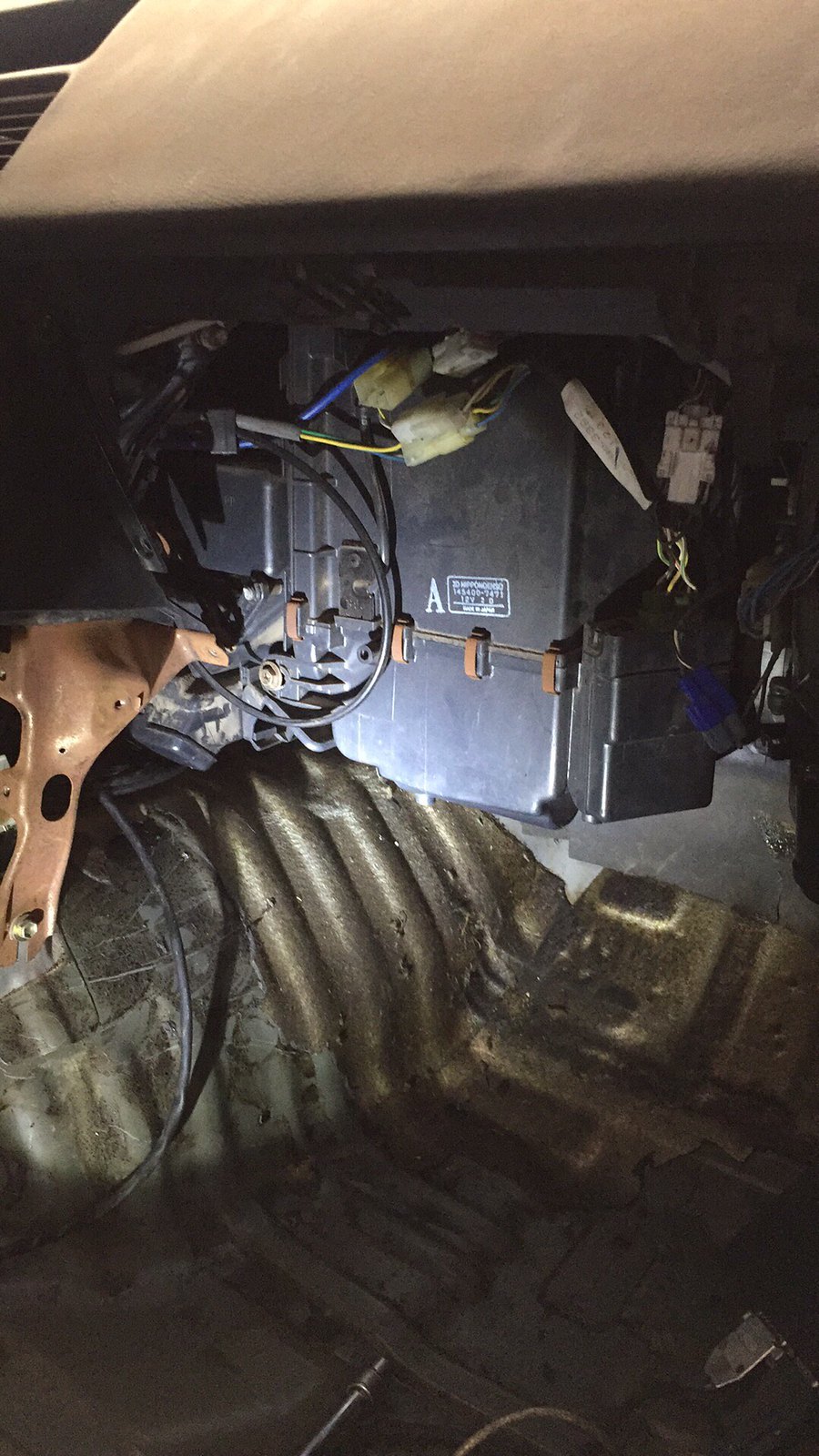 Now to remove the HVAC, I had to remove the dash. Since the car was pretty much bare with minimal trim pieces left, it shouldn’t be that hard to remove right? Well, Im not really good with mechanic stuff and I had no idea what I was doing haha. I removed some bolts thinking that was it, but the dash wouldn’t budge. I was getting frustrated, because how hard could it be? 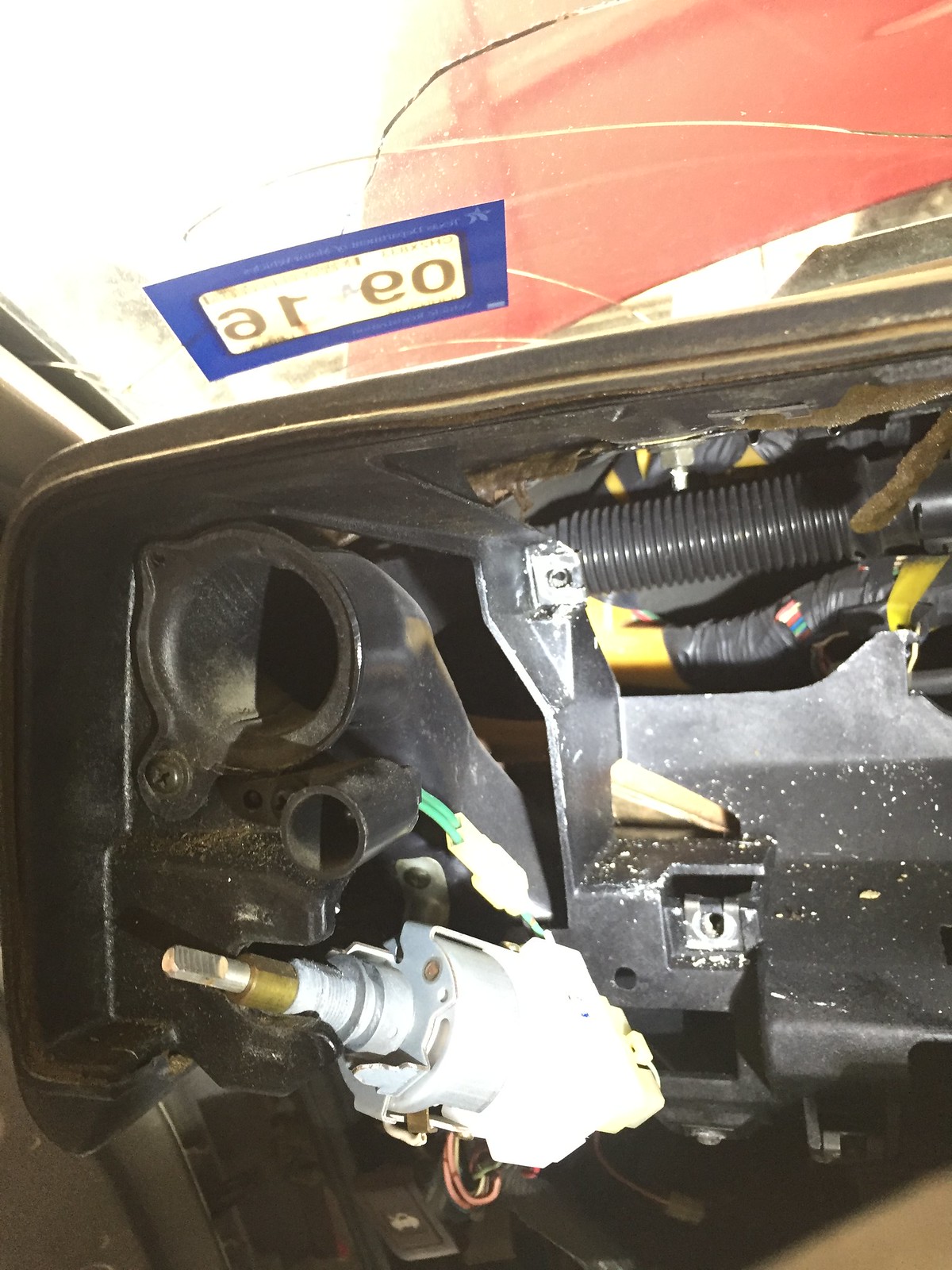 Thankfully, my friend Thaison messaged me and sent a youtube link for dash removal on the ae86. This gave me a general idea where to looks for bolts and this allowed me to remove the HVAC. Ill send a link at the end of this blog. 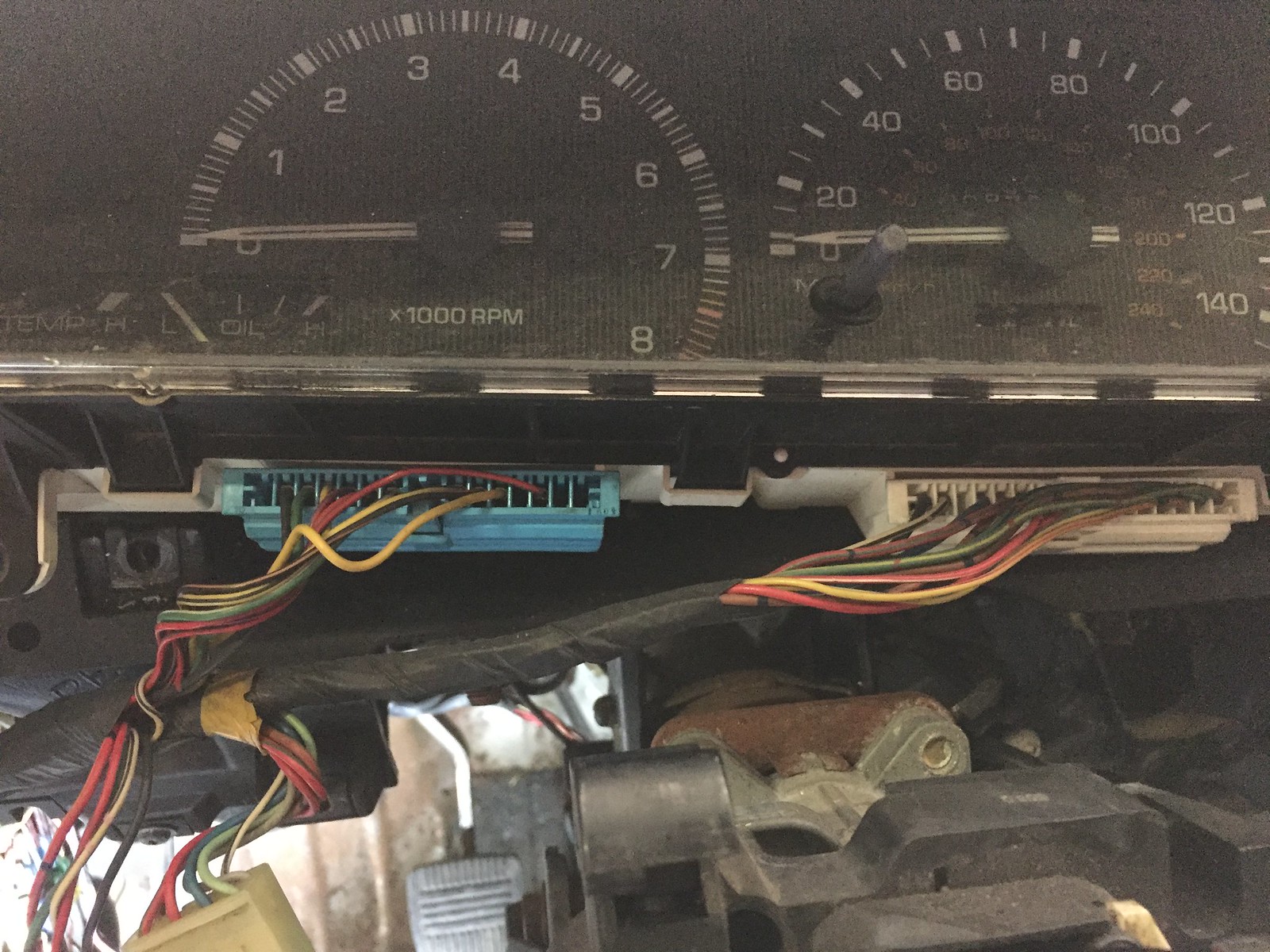 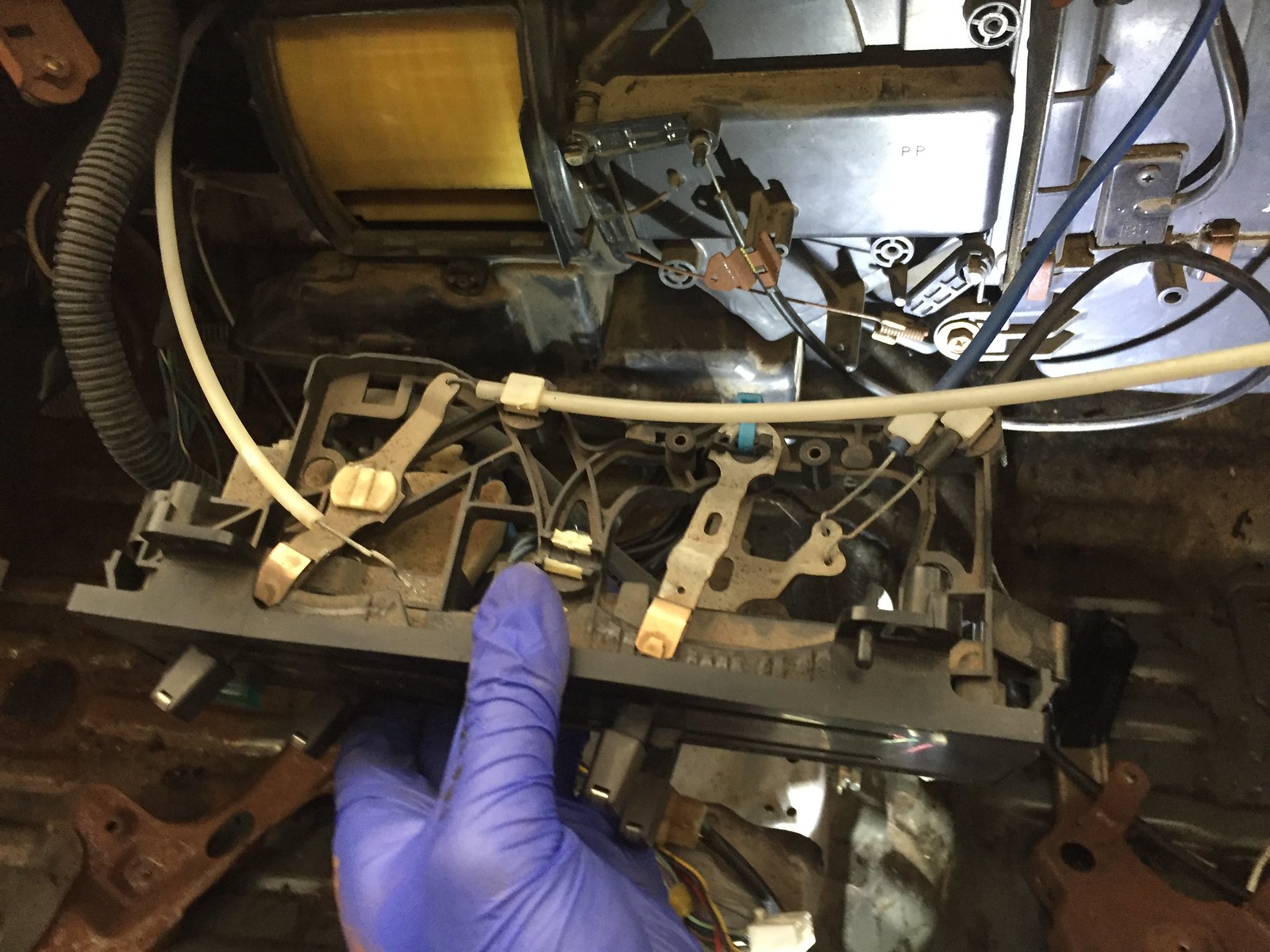 I gotta say, working on old cars is much simpler and less complicated then newer cars. All I need was a 10mm and a screw driver to remove the pieces. My Milwaukee power tools made the work less tiring. 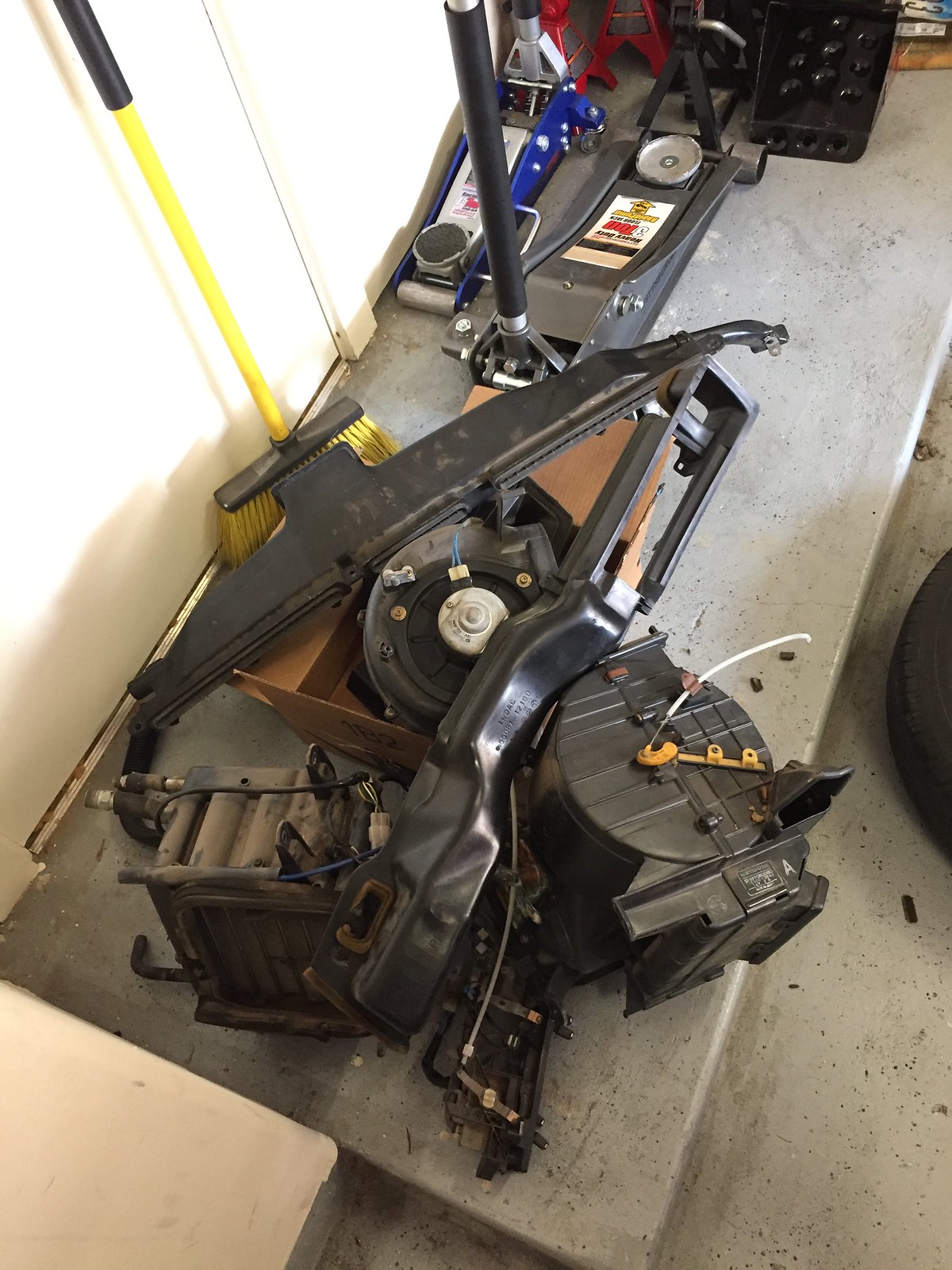 With the HVAC removed, I think I lost another 30lbs… I didn’t weight it all because the parts are pretty bulky in size. After removing the HVAC, it sure opened up the space behind the dash. More simple and clean. 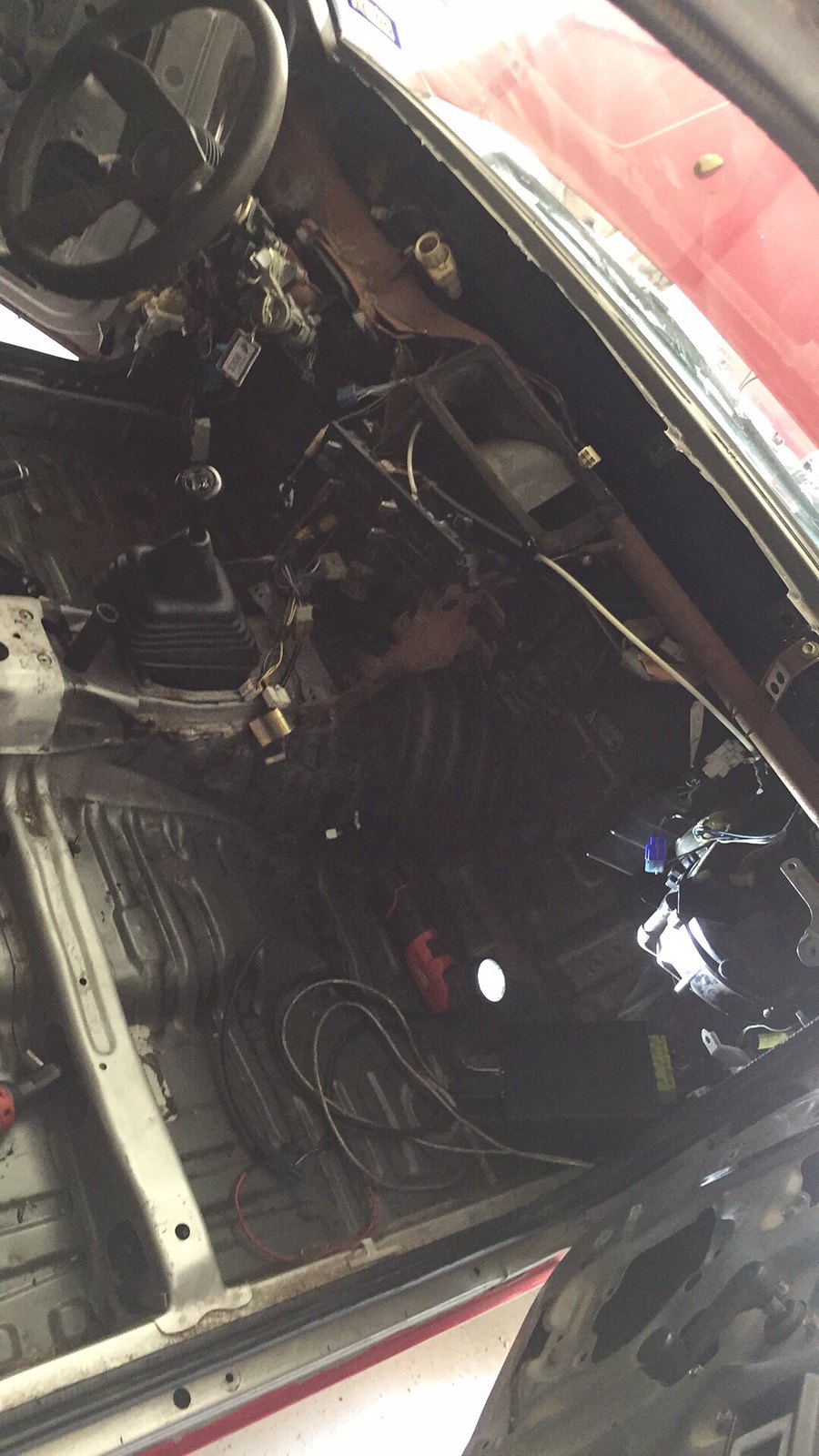 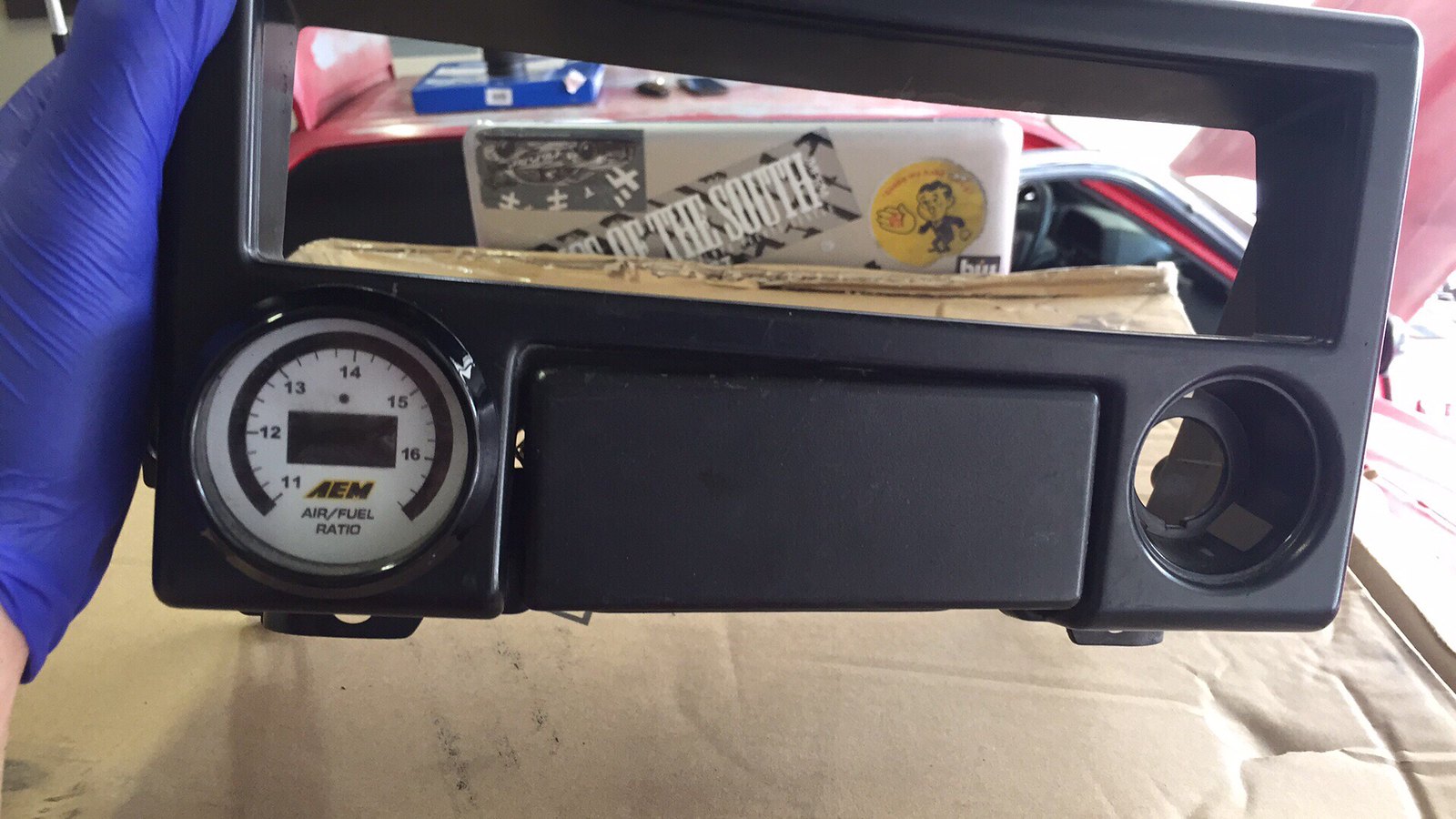 While the dash was removed I had time to fit the AEM air/fuel gauge to one of the vents. I used a dremel to widen the ac vent hole. Looks a lot better then it was dangling before. Then I put my dash, and remaining trim pieces back in! I think Im done losing as much as I can at this point. Next is coil-overs and brakes!