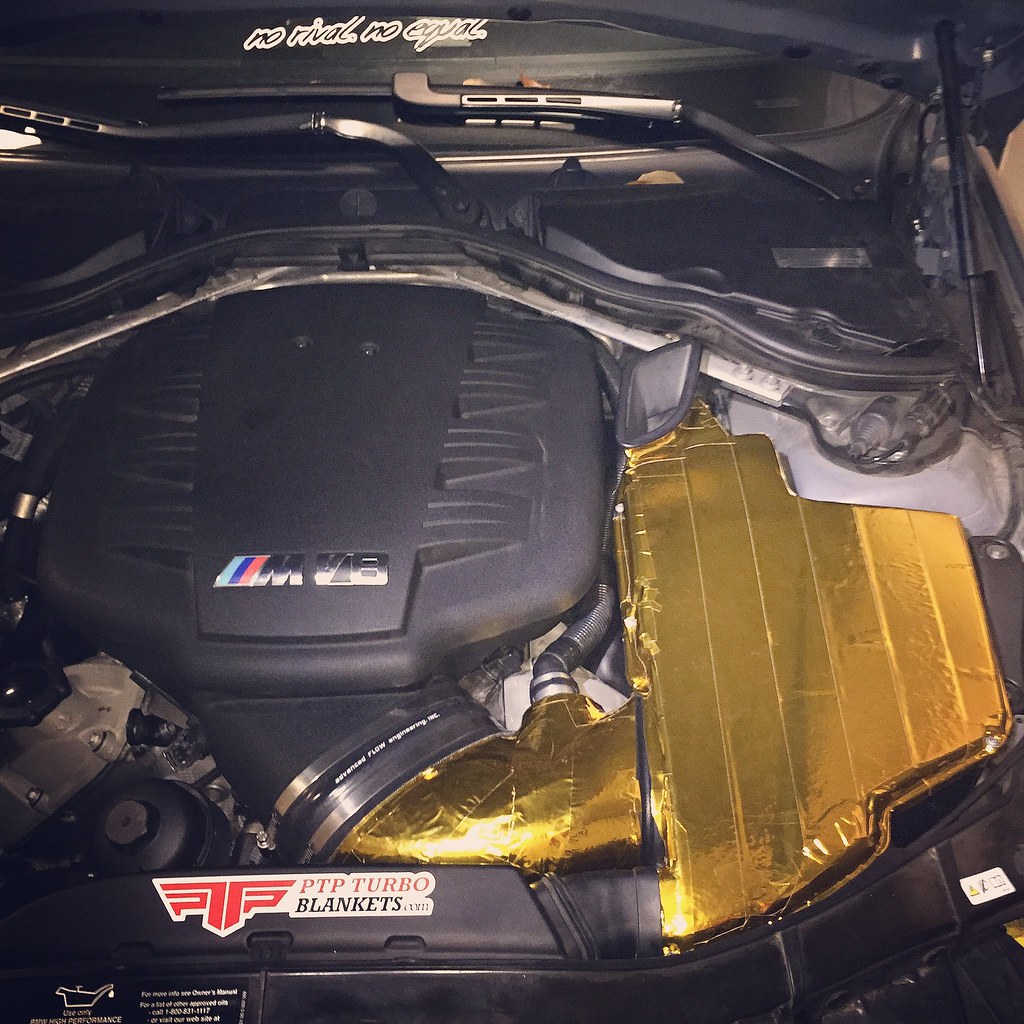 Since I pulled out the intake system for the m3, it gave me the opportunity is thermal wrap the intake and the intake box. I hit up my friend Joe from PTP Turbo Blanket for some rolls. The intake system on the m3 is fairly big and ended up using almost 2 rolls of tape! Ill soon find out how effective the thermal tape is once I track this weekend! Sure has a bling factor and something to pop my hood for at the meets hahaha.

Next was fixing the leaking oil cap… BMW didn’t design a good oil cap for the S65 motor becuase it started to leak at 65k miles! My  BMW335i currently has 138k miles and the oil cap never leaked. 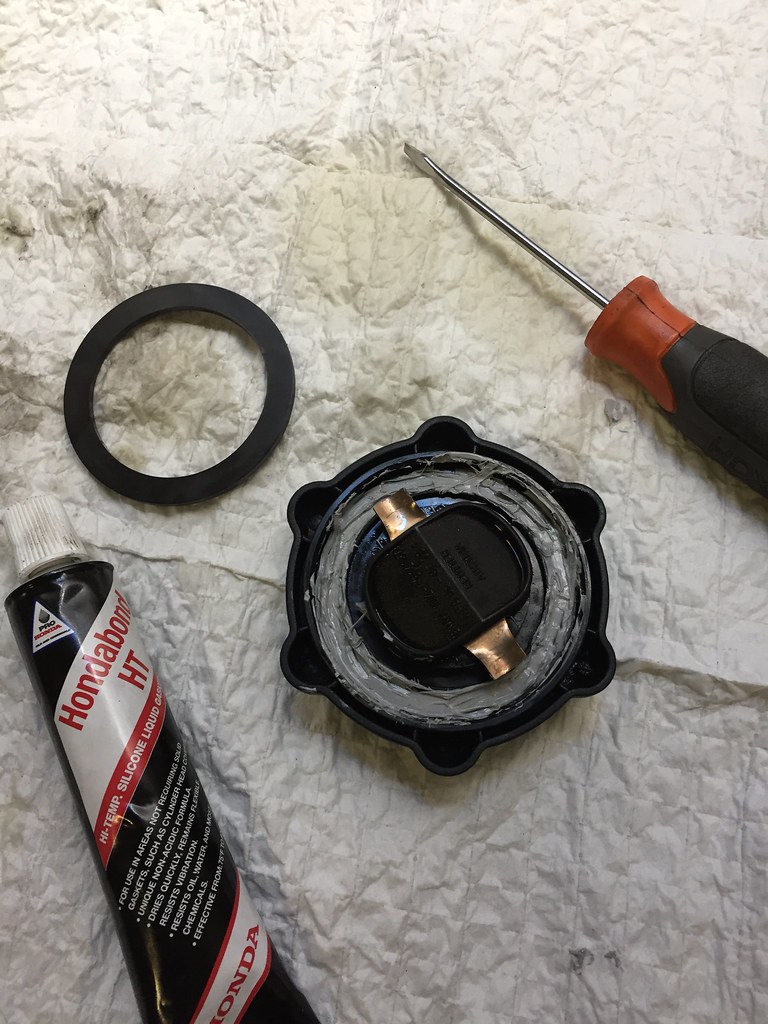 My M3 has the old version oil cap for the S65 motor. What I did was use Hondabond on the oil cap and then put the rubber ring back on. On the safe I did buy an updated oil cap for $20 on ECStuning. Currently the Hondabond trick is working but at least I have a spare updated backup one just in case it starts to seep again. Since I was replacing my valve covers I might as well replace the spark plugs too. The wear on them didn’t look bad at all. 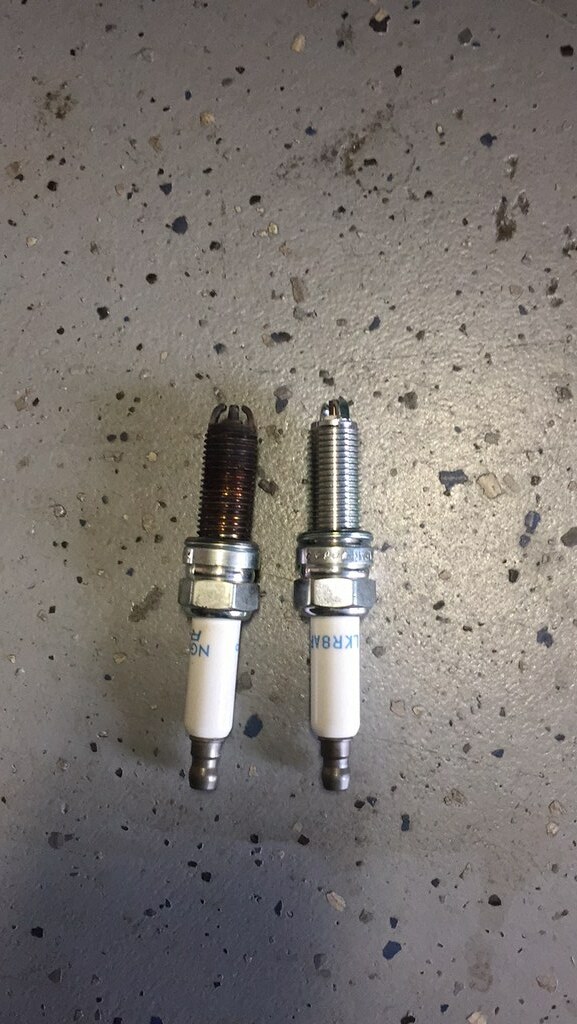 Then more of track prepping, I replaced my rims and brake pads for the track. This is my third time doing this soo it was fairly easy and fast. Now my brakes squeal like a train again hahaha.

After replacing my valve covers (for the first time)…. it started to leak oil -_-  Frustrating to work hard to fix something but it ends up needing to be fixed again. For a week I was trying to figure out where this oil leak was coming from. Over the  weekend I deduced it from the passenger side valve cover. So I re-tightened the valve cover bolts and cleaned the valve cover. Yesterday, I drove the car to cars and coffee and noticed it was still leaking. 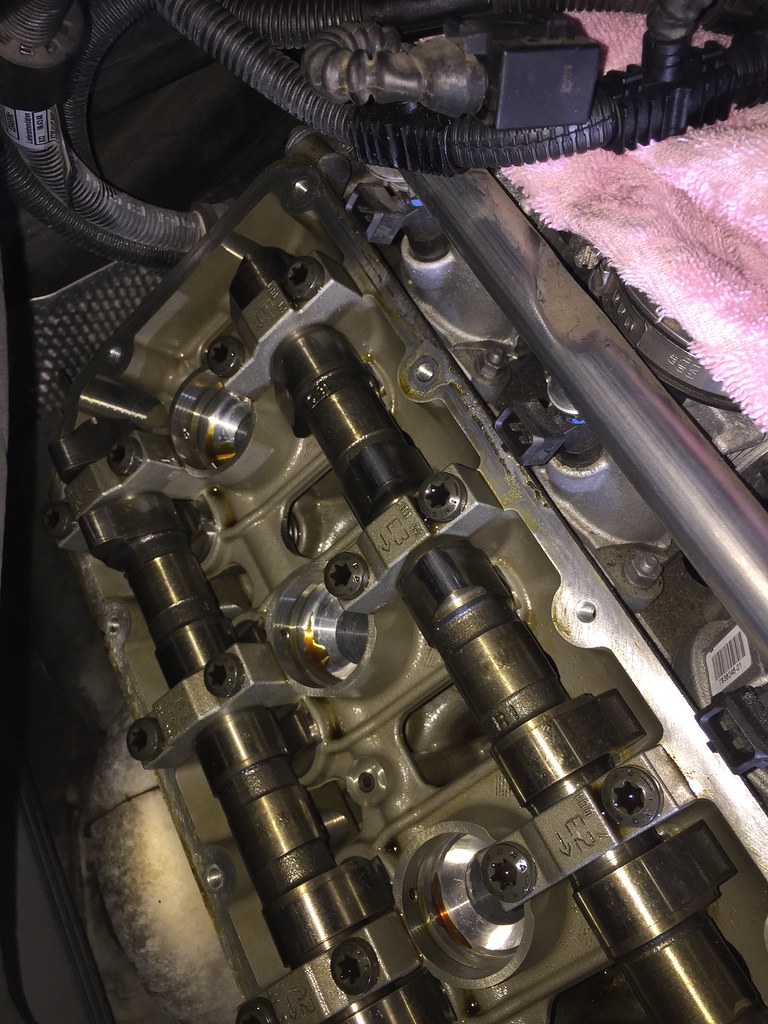 Later that day after the engine had cooled down, I felt the right rear side valve cover and it was oily! Another sign was the oil was pooling the ride side of the skid plate. So I had no choice but pull out the valve cover and see whats exactly why the valve cover is leaking oil. That’s what I did today. 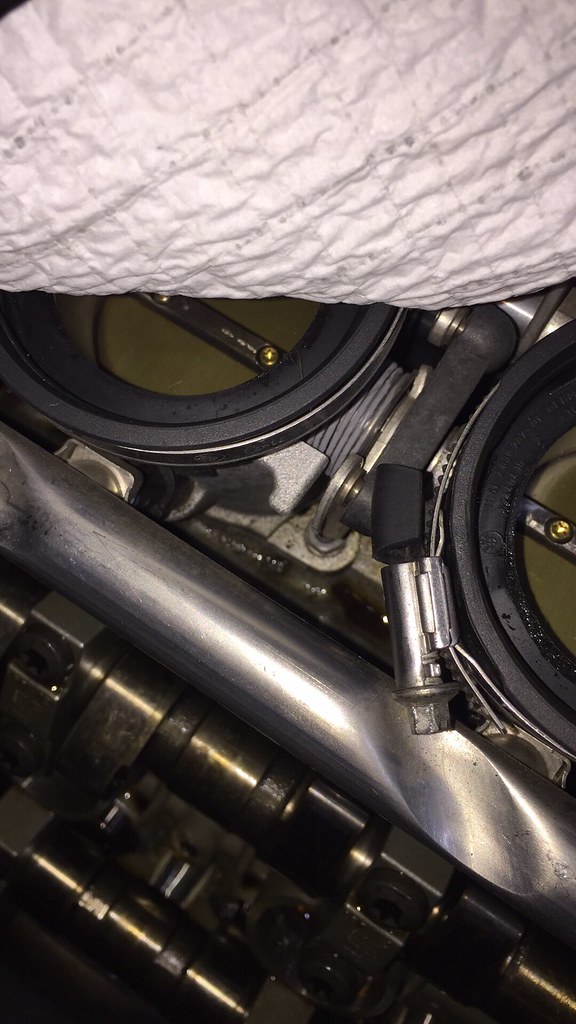 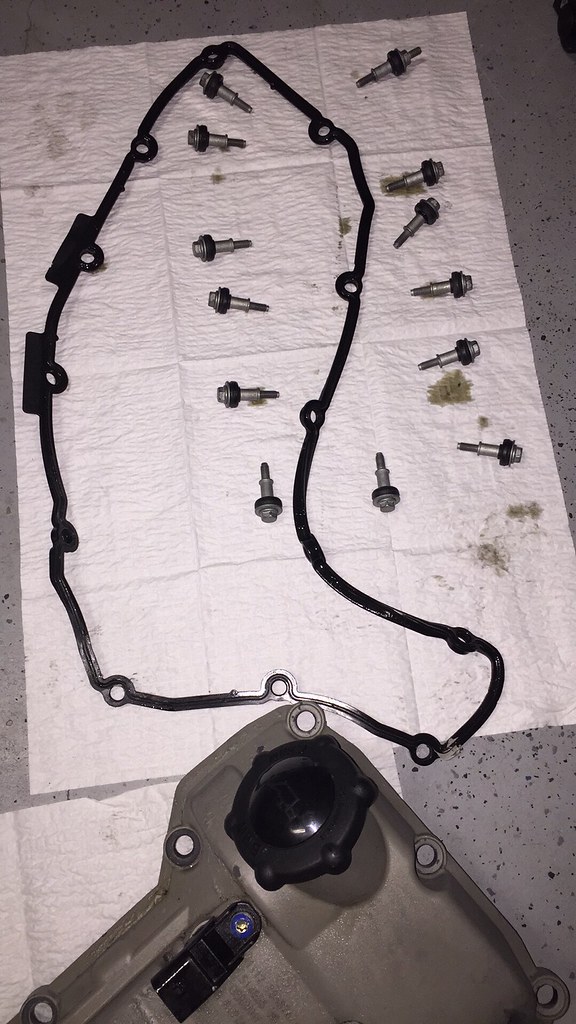 I did notice while pulling some the valve cover bolts that it was covered in oil. Anther sign that the valve cover was leaking. and upon closer inspection I found the reason why. The valve cover gasket was pinched which didn’t seat properly. 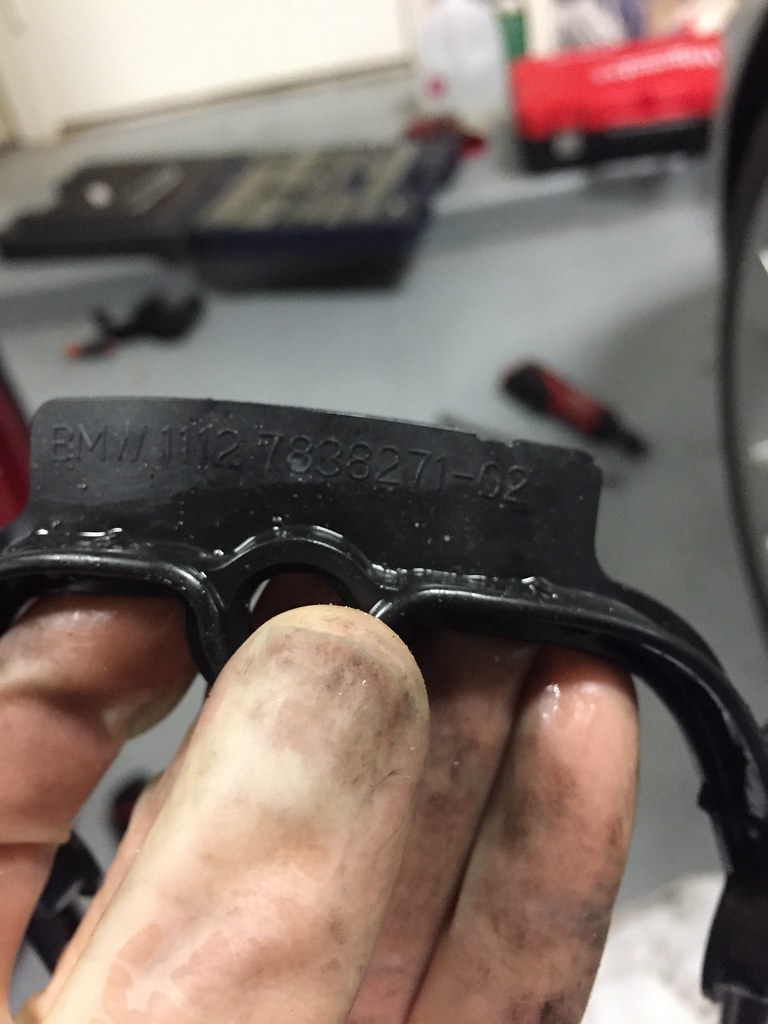 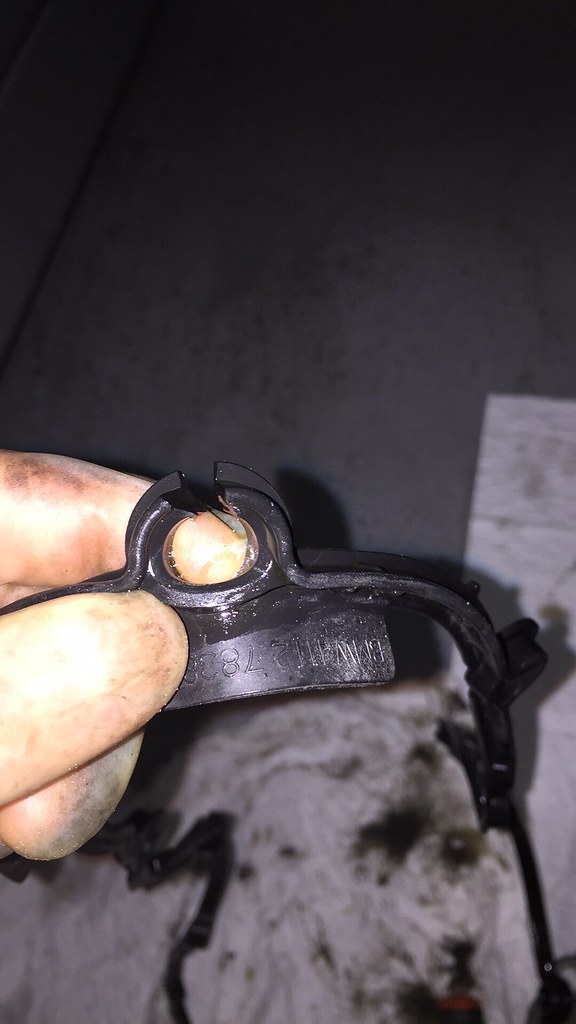 You can see the pinched valve cover caused a tear! I think what caused this was me rushing the job. The valve cover gasket wasn’t aligned properly before I had tightened it. I had put in over 8 hrs in, that I wanted to get done. You live from your mistakes. 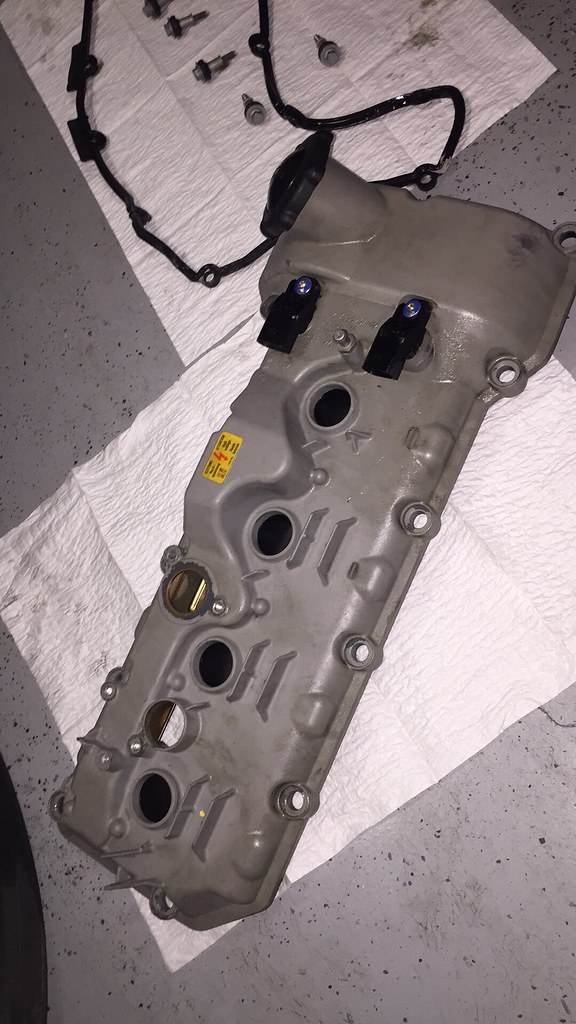 Another mistake that I did was assembling the  breather valve the first time was snapping a bolt when I was lightning it. Again the mistake was just rushing. 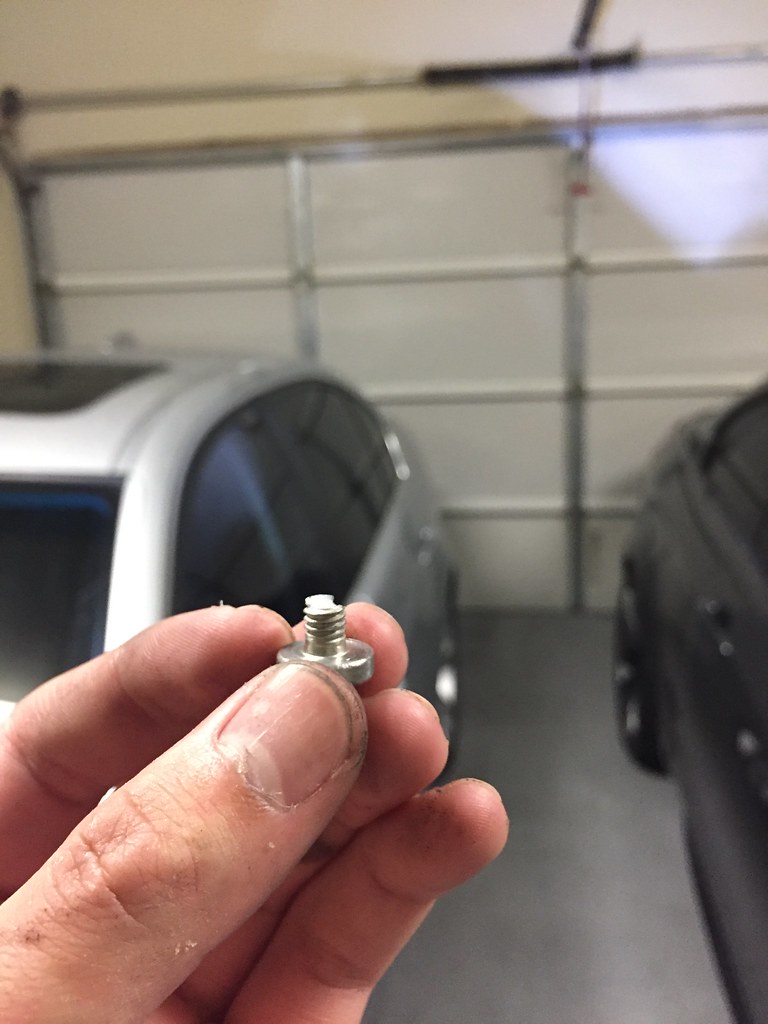 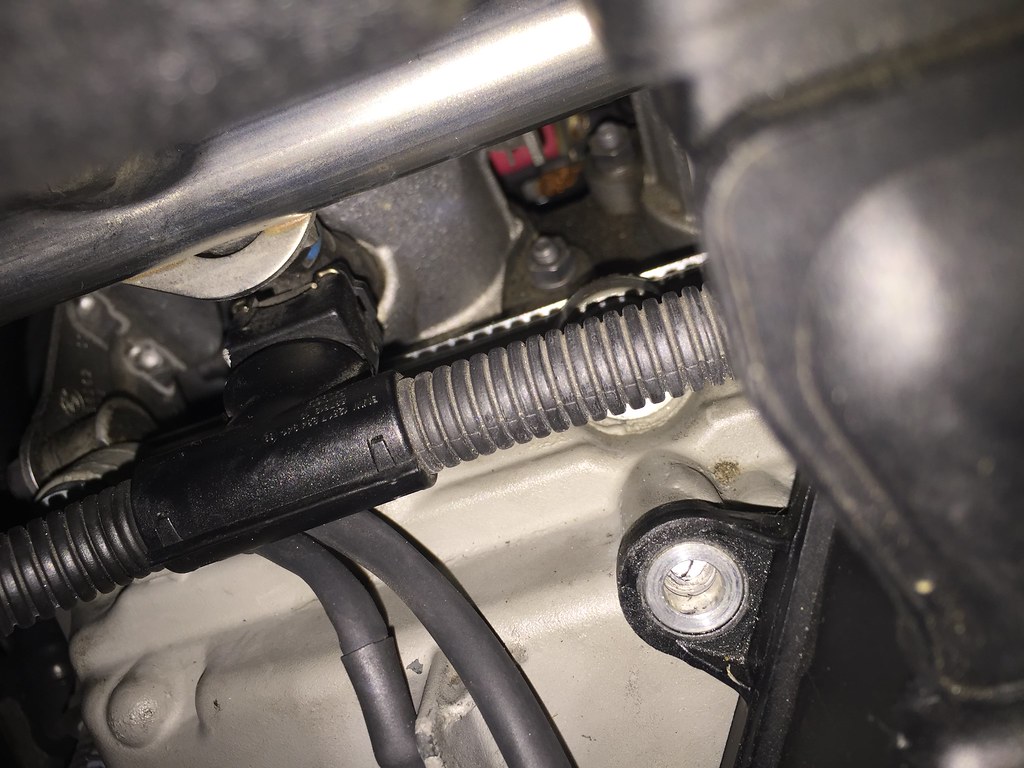 At the time I was too lazy and frustrated with myself to undo everything just so I can get the broken bolt out. It wasn’t leaking in that area so I didn’t bother. But now since I had to redo my valve cover gasket now would the perfect time to remove that broken bolt. 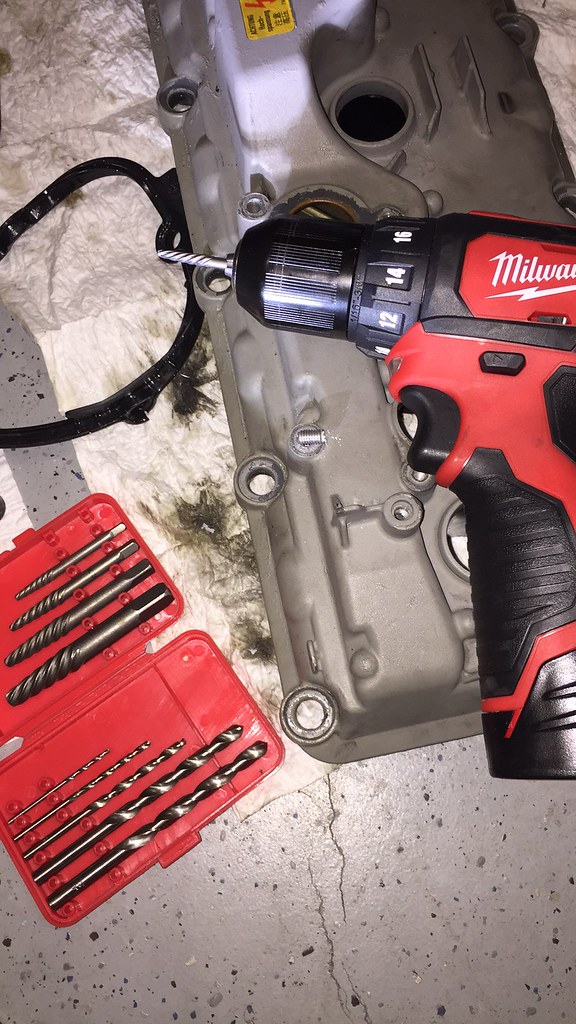 Thanks to my friend, Donnie, he recommended Craftsman bolt extractor set. Pretty cheap and comes in handy. Im pretty sure it ill be needing these again in the future.

Currently Im just waiting for my OEM valve cover gasket to arrive, hopefully before this weekend track day! Its cutting close but this experience has taught me a lot and it always good to invest in some good tools. Makes working on your car easier and you also get to familiarize yourself to your car.