The seller sends these pictures, and there are things that popped to me that where fishy. 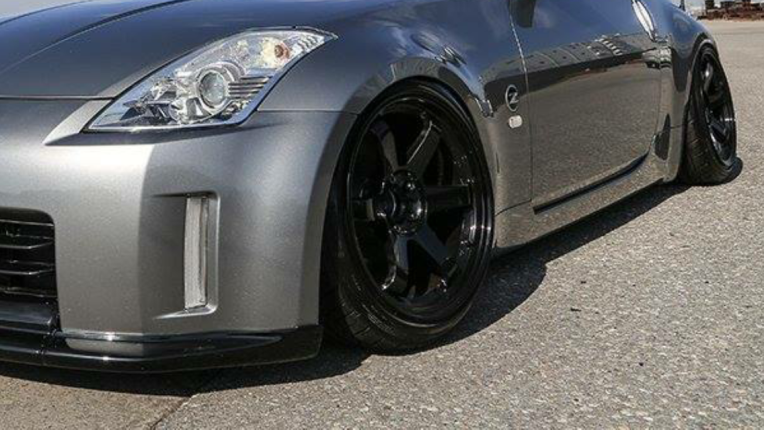 The spokes are different than the real deal. The black “TE37” in the CL ad looks like they are more aggressively curved, almost 90 degrees, where the spokes meet the lip.

The REAL TE37 have less of an aggressive curve where the spoke and the lip meet. The RED Volks are the legit wheels.

That is the VOLK TE37 copy ^^^ And the one below it is very similar to the copy. 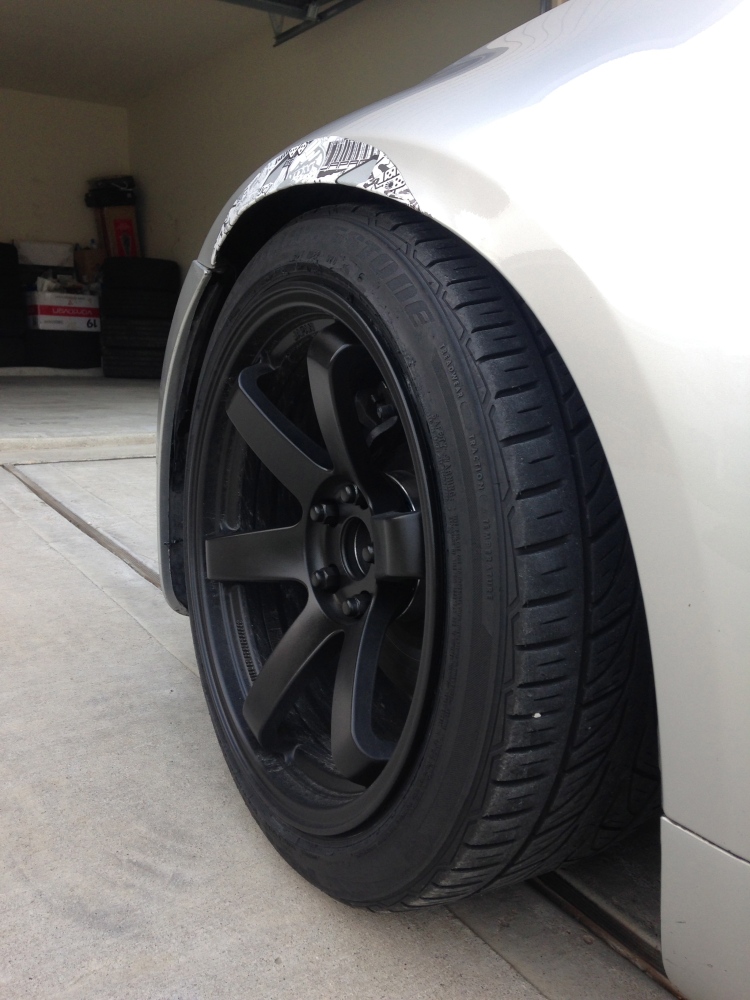 The “VOLK Racing” on the TE37 CL ad looks very similar to the real deal BUT the seller stated “the rims are 10 years old.” Then that must mean its pre 2010 VOLK. Well as far as I know, ALL OLDER VOLK TE37 didn’t have “Japan.” Volk Racing,” and “Forged” stamped between the spokes. The OLDER VOLKS had the “VOLK” and “Made in Japan” stamped on the back of the wheel hub. Post 2010 VOLKS now have their logos stamped between the spokes and certain TE37 models have it engraved on the spokes. Reference: http://jdmphasis.blogspot.com/2013/04/fake-volk-racing-te37.html.

Here is an example of an older VOLK wheel:

No stamp marks between the spokes and look how the spokes curves near the lip, not as sharp (aggressive) as the black TE37 on the CL ad. 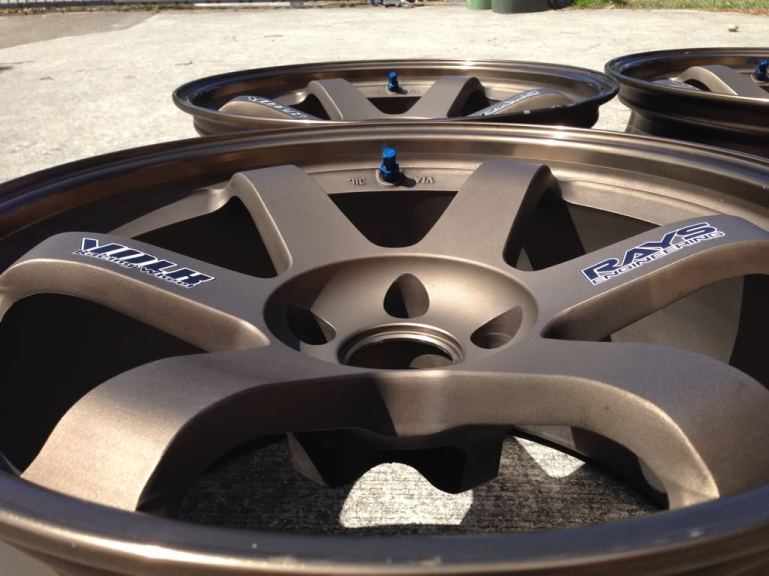 The “made in japan” and “rays eng” are stamped on the back hub. The FAKE VOLKS wont have that.

The counterfeit wheel game is strong is out there and there are people who are willing to trick you into buying “legit” wheels when its actually a fake wheel. This is first I have seen a wheel company, JNC wheels, put a Volk Racing logo on the front rims when apparently its not an authentic Volk rim. People buying reps and slapping Volk stickers is old news now.

The pictue above is original volks. They are just older version than the new TE37s.  If you also notice that the original Volk TE37 valve stems line up with the lug nuts. Most rep wheels wont that feature. If all else fails, just look at the back to wheel hub. Original Volks should have “made in japan” “forged” or “Rays Eng.” stamped on the back of the wheel hub. 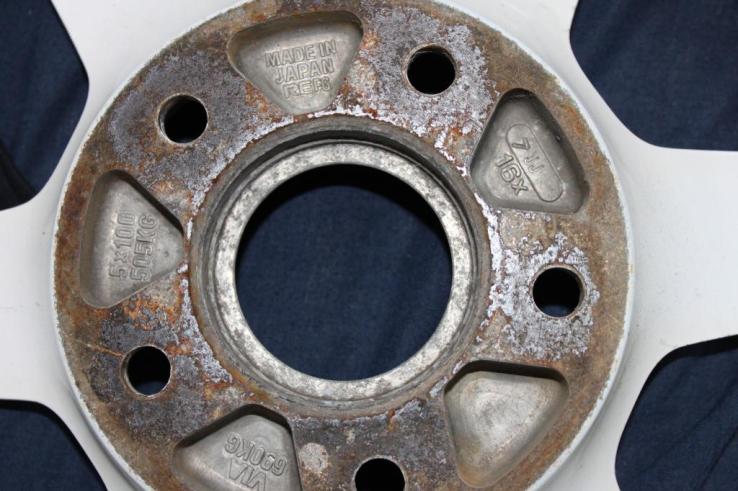 I don’t mind replica wheels, I mean I do mind, but what can I do about it. What bothers me the most is when someone tries to sale the fake wheels as the real wheels. That is just wrong morality and tells you a lot about the person’s integrity too. Ripping off the unsuspecting customer thinking they are getting a great deal on some real wheels when instead they overpaid for fake wheels.

To me the wheels are fake. Now I could be wrong, but I have been through many sets of wheels and a avid wheel aficionado, that this “TE37” ad on CL seems fake. There are just too many things that makes wonder if they are real. I wouldn’t buy those rims no matter how cheap it is. Im sure there are many other examples out there too.

Save the wheels, buy legit.