New jack, AJ here. This is my first post here on the blog. I’ve been silently lurking in the shadows of the NG Facebook, and Instagram pages. But now that I have a somewhat decent camera (Nikon d40), I am now able to contribute to the blog. So the other day a few of us decided we were going to go up to Cody’s shop to use his tools, lifts, and tire stretching capabilities to mount up some new tires on Thaison’s hatch. The following pictures are of the hood rat shit we accomplished. Also bear with me as I am still getting used to my camera. I haven’t actually taken pictures with a decent camera since high school. 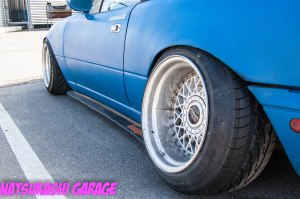 Cody using the cheetah to try and seat the bead on Thaison’s new 175 tires. Looks like Thaison took it to the face though. 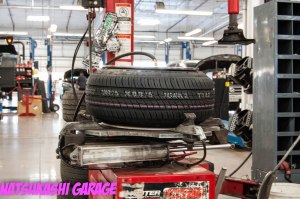 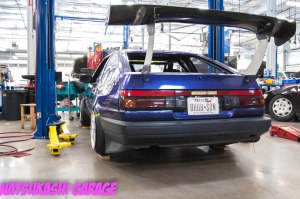 Back on the ground to check the height of the front suspension. 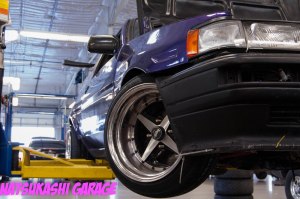 And back in the air to lower the front some more. Which was the point of the smaller tires to begin with.

Cody trying to figure out how he’s gonna get in the car over the roll cage.

Biss throwin it up for the west coast. Cause we all hood. 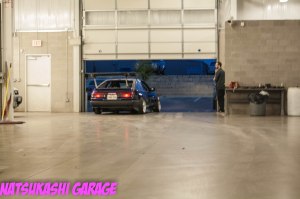