Sorry for the long wait guys and gals, I had a final I was studying for on top of being busy with all of the end of the semester things. So here it is. I want to break this up into at least a two part ordeal since we have TONS of photos. My apologies for things not being edited, but I don’t want to make you all wait anymore. If you use/take any of these photos please tag us, and give us credit! Thanks!! 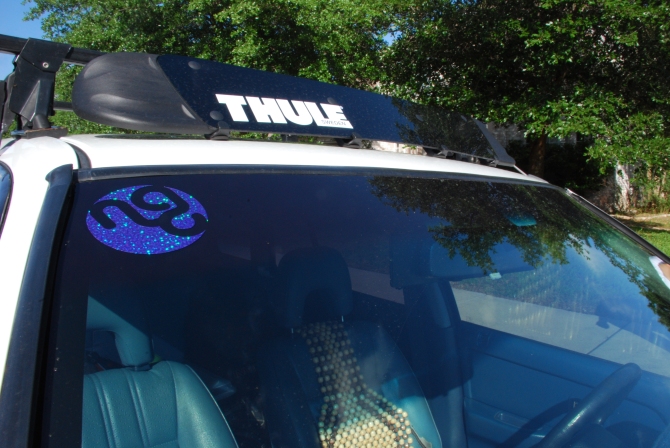 So for the journey we all decided to meet up at my place in Round Rock the Friday before. To my surprise Thaison had gotten in the stickers which we thought weren’t going to make it in time. Since they did we slapped them on before rolling out. This was my favorite picture which just happened to be on Cody’s sweet wagon. Don’t you just love the sparkles?

Thaison as he showed up, as dirty and wide as ever. This car was a killer at CCM, I have proof!

We are always discussing the fact that Alan refuses to wear shoes as he drives.

Our first pit stop: The local Chevron. In Texas we pump 93 octane, thankfully. Alan has a funny story about how high school girls hit on him as we were prepping for the trip. (Ask him about it) 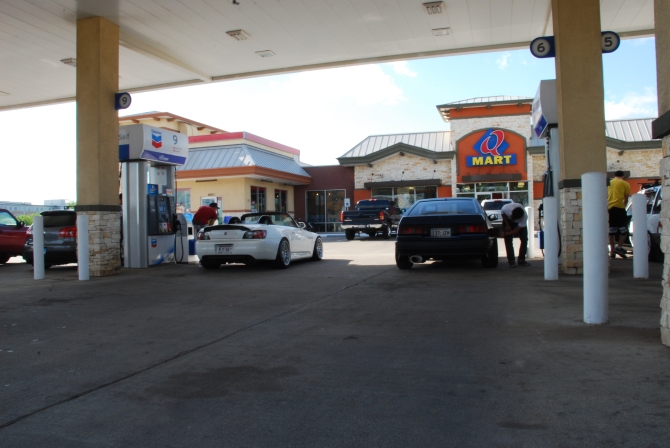 Don’t forget to get gas!

Taped up and ready to roll.

A beautiful day for a road trip :). This also was the same day I picked up these wheels you see here. I sure do love Weds Sport SA-90’s. It really brings out the look I want. In terms of exterior the car is nearly done now!

Taken while driving with my camera through the sun roof.

Ah yes, In n out. Regardless of where it is or how many stores are open, I will forever love In n Out. 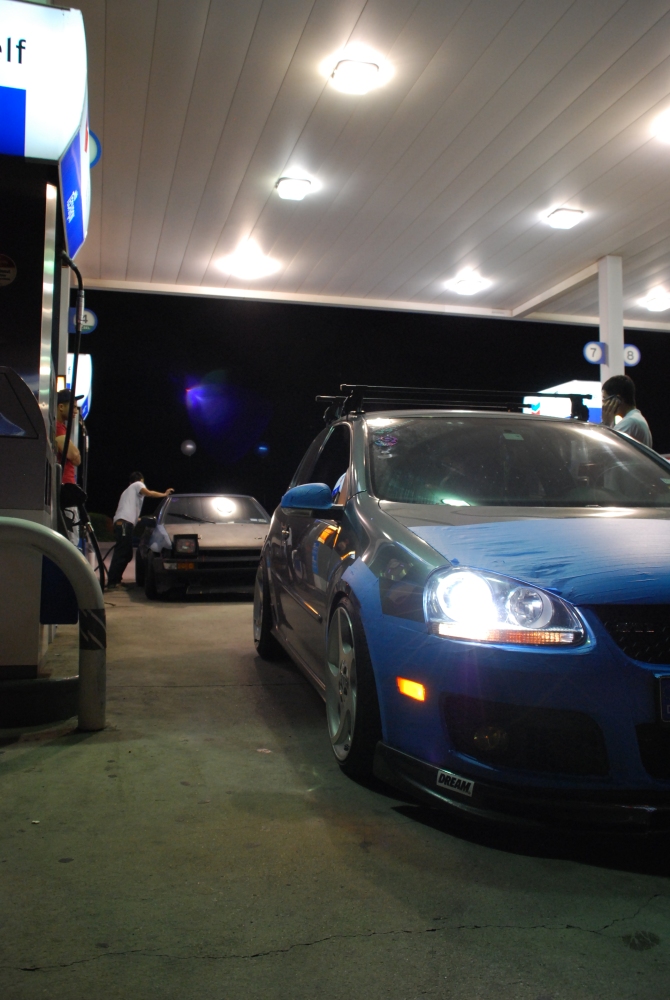 Vinson’s car is always eye catching, even in half smurf mode.

Using lots of gas are we? 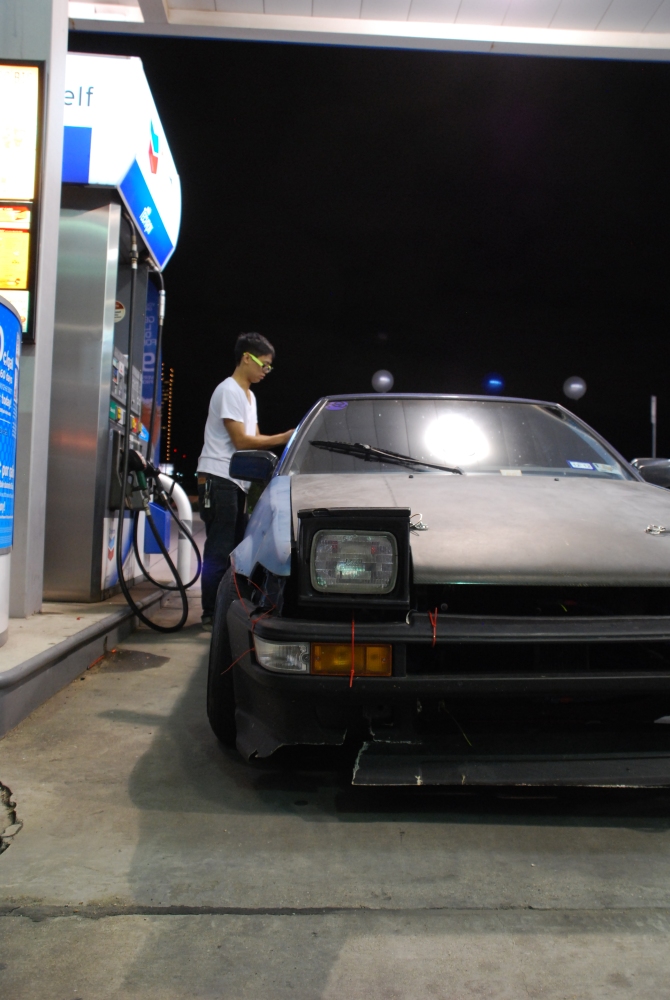 Toe up from the floe up. Built to drive.

And we made it…. around 1:30AM. Instead of going to sleep we decided to hang out since Ryan (one of my best friends) made it out to Oklahoma from Arkansas via leave from the Air Force. Thaison however found more interesting things to do….

With that we finally went to sleep. Some of us woke up early next morning to eat some free continental breakfast. Did I mention that it was free? College kids like us will never turn down free food. The others who slept in suffered for it later when they were starving. After breakfast it was time to clean the whips.

Time to get down to serious business. 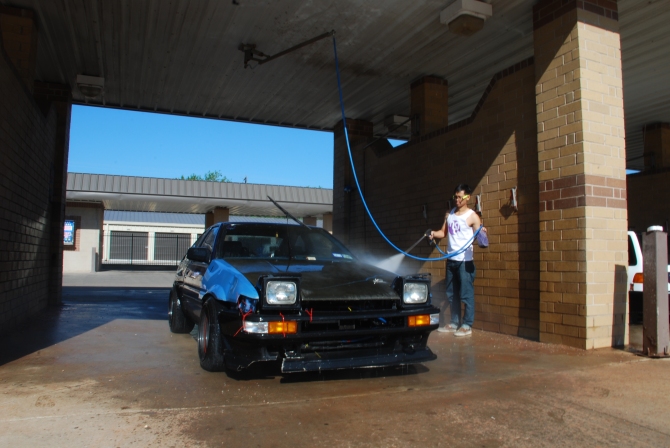 Thaison needed it the most. This marked the first time the car was cleaned in over 6 months. Thug life. 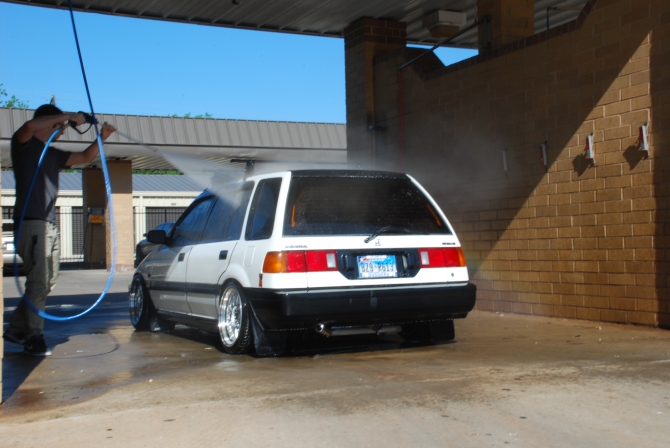 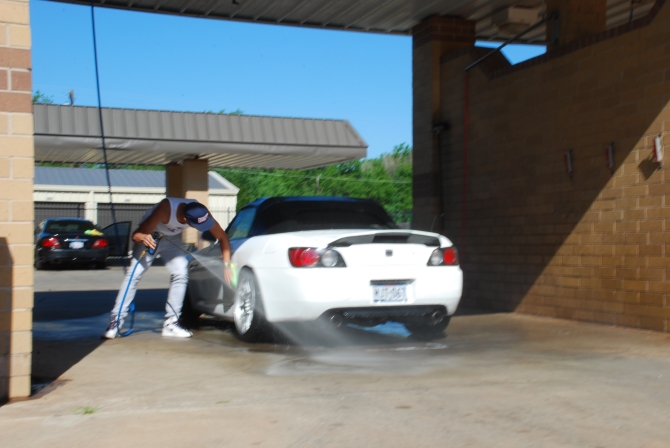 Our dear friend Alan spraying the ground and not his car…. 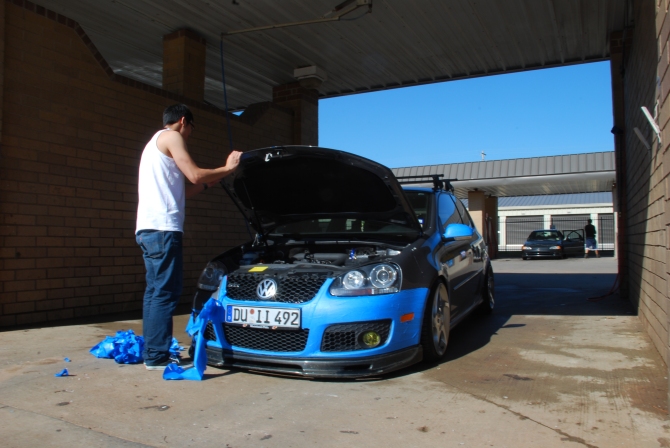 That’s a lot of tape, Vinson. 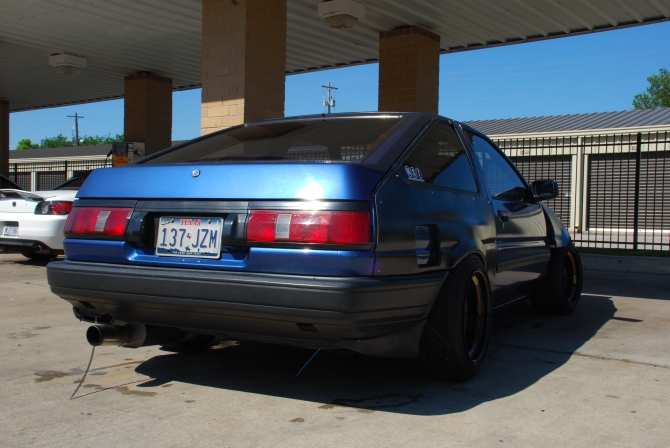 So there is paint under that dirt….. 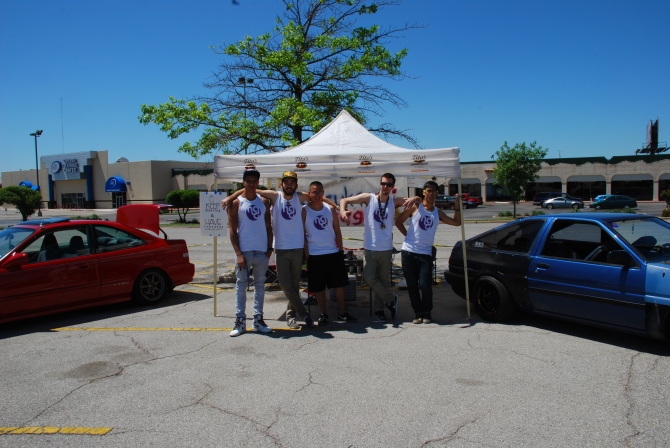 After a little settling in, it was time for the first Natsukashi Garage Family photo. 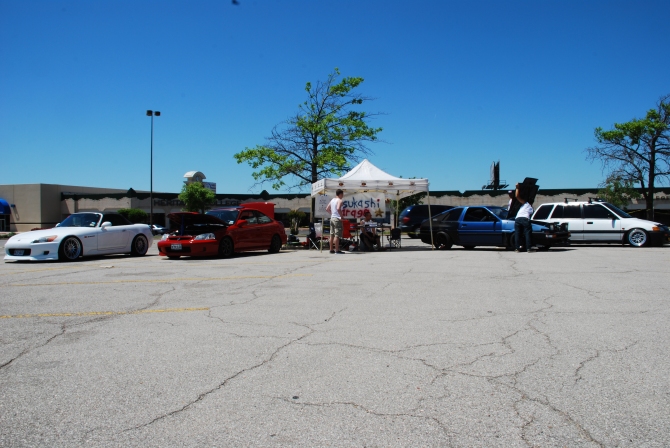 Posted up with our Tito’s Vodka tent that Thaison snagged. Check out or awesome, on the spot made banner. Ingenuity is typical here at Natsukashi Garage 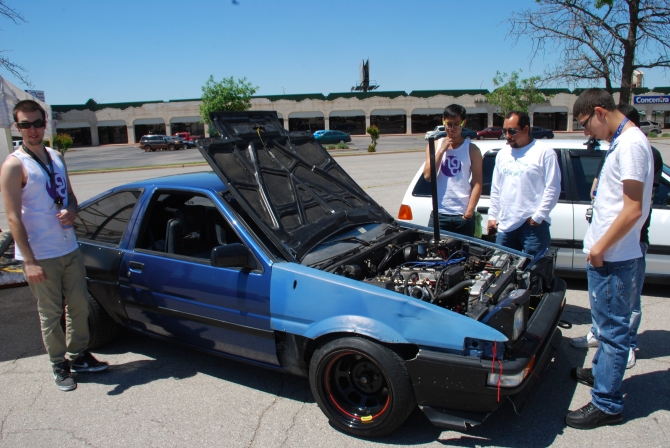 This was a typical scene at the meet, and for good reason. Thaison’s car is still one of the most original builds I have had the honor of being involved with. 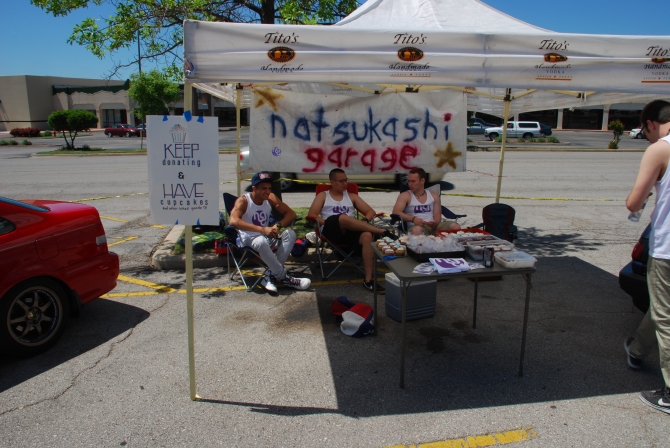 Guilian, my lovely girlfriend, took it upon herself to set up  a bake sale for donations to Peter’s Clinic. Their site can be found here: http://petersclinic.org/ The Natsukashier’s were left selling our stickers and tank tops (which we still have in stock!) 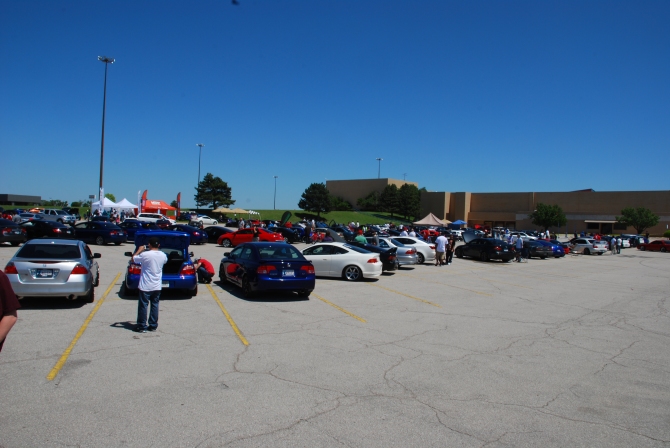 At around 1, the crowds started rolling in. 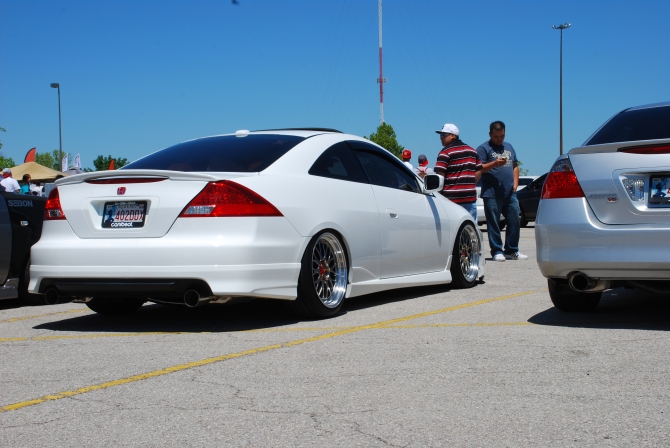 This jaw dropping accord on some step lip BBS LM’s was the first car to really take my breath away there. Everything was executed so cleanly. For once I even like the red H emblem since it matches the red center caps oh so well. 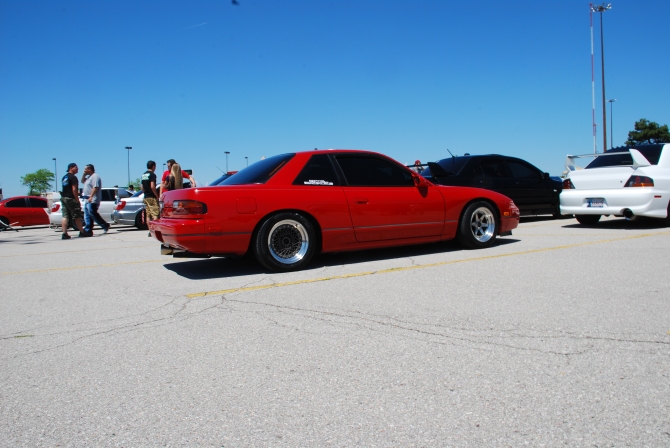 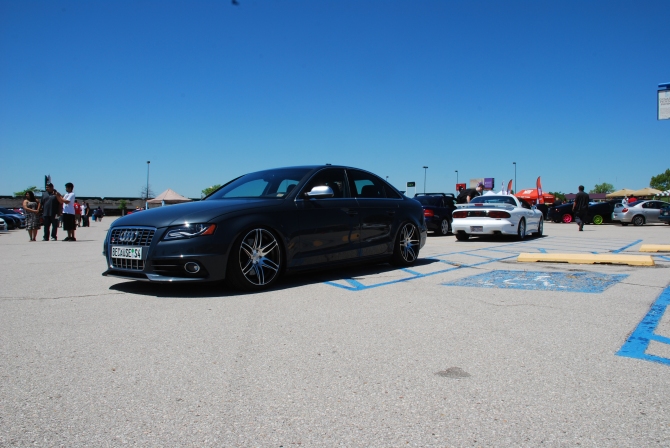 This Audi S4 proved to be very classy. I love a good static drop.

The beautiful back side.

MK IV (or is it MK V) VR6 golf slammed on some Mercedes wheels. I love vanity plates.

The great wall of Subie. I can’t wait to own my very own hawkeye one day.

The fitment scene, though not my forte, is still great in it’s own respect. This 350z is a perfect example of doing it right. I also get super excited when I see burnt tip exhausts. Big ups. 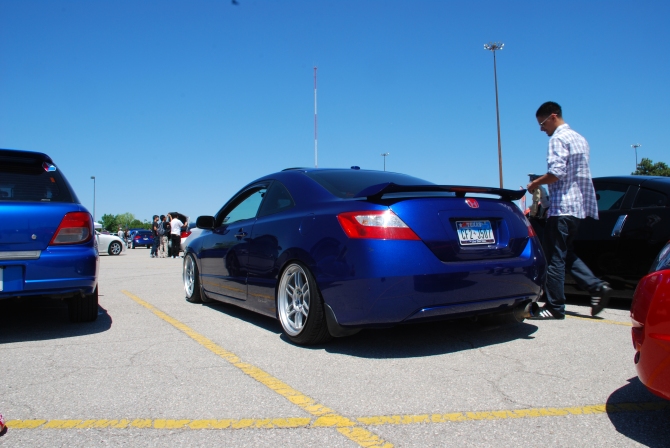 I do love RPF1’s, especially on 8th gen civics.

More of the crew they rolled in with the first accord I posted.

A front shot of the accord. I wish I had gotten the car as a whole but you get the idea. 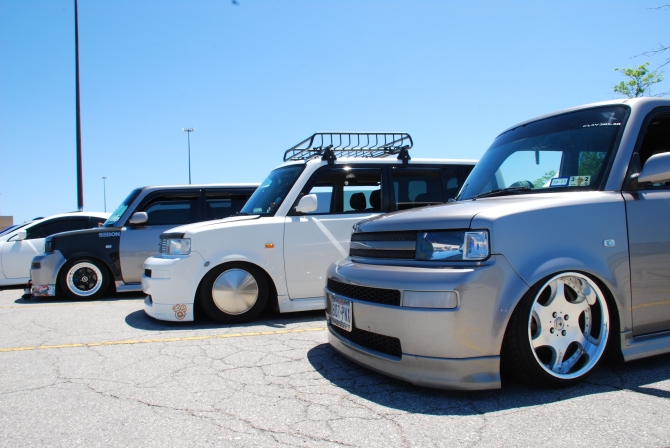 Whether it’s static or air, we are all friends here. I love me some BB’s

I love this car and all it’s lowness. I just hope one day the ” I ❤ Haters” thing will die off so clean cars can go back to being clean.

Seeing Miata’s always makes me miss mine. The owner of this particular one, and his girlfriend, stopped by our booth and had a chat with us about Miatas and cars in general. I really wish I had gotten to put some wide wheels on mine before I sold it. 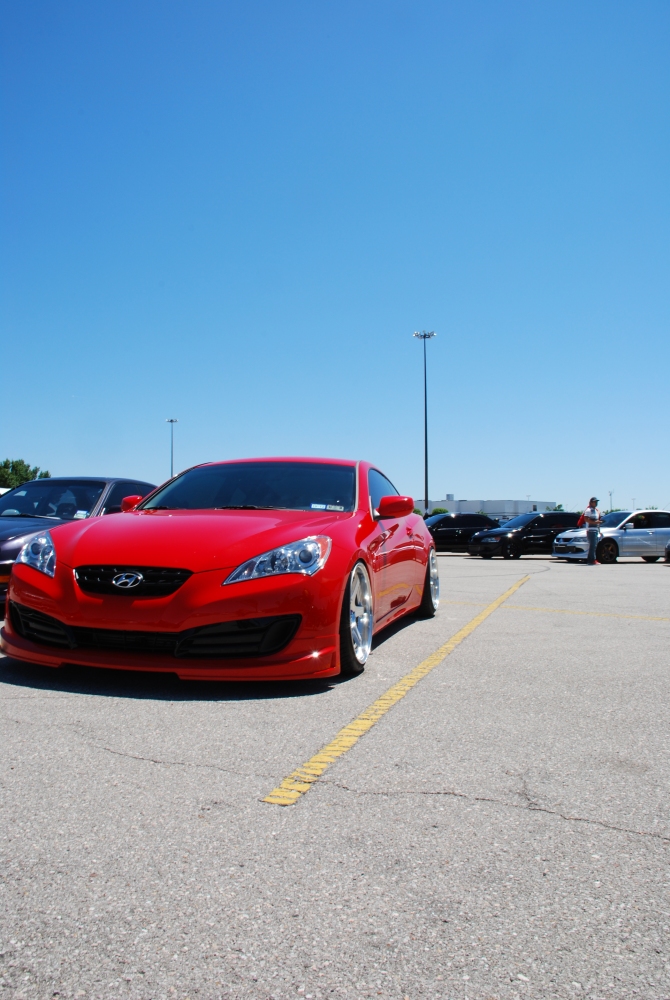 Pictures don’t give this Genesis justice, because when it’s rolling by you break your neck to keep looking at how low it is. I don’t know how this guy moves. 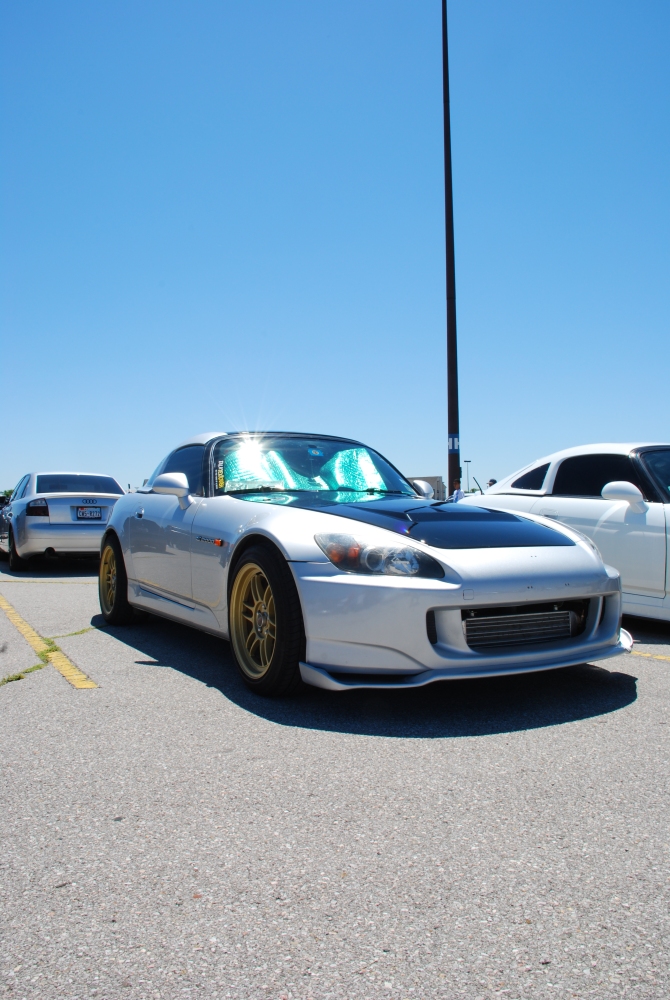 Ahh track spec s2000’s. This car is almost exactly how I would build mine if I had one. Boost, grippy tires, RPF1’s and a hard top. Mint 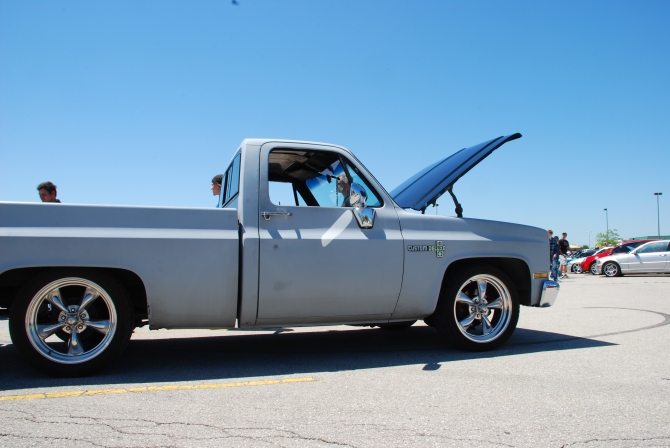 Trucks are sweet too. Mustang rims on a Chevy(?). Down right American. 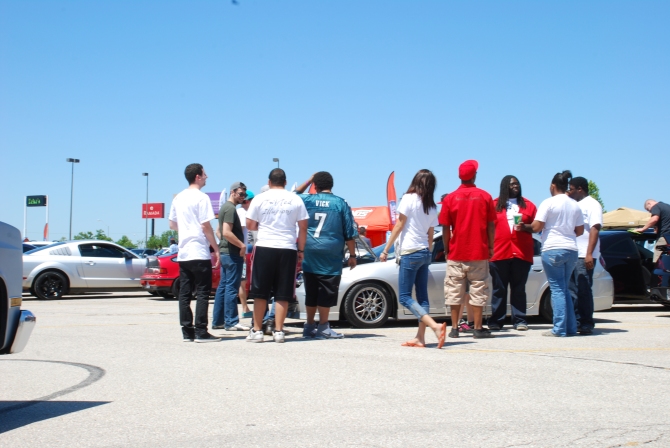 Lots of fuss around this skittle. These things can really haul serious a$$ and as I recall, this one had some work done to it. I apologize for not getting a bay shot!

This leaves us at a good place to stop. There are tons, and I mean tons more photos to go so don’t feel bad if I didn’t get yours up, it may come in the next post! If it doesn’t go up after that message us and I may have a shot of it!
Stay tuned for part 2 very soon!
Good night Natsukashiers,