For the most part of the build I have been using name brand or OEM parts. But I had some few items I figured I could save money on. Unfortunately some of those eBay items are fail. 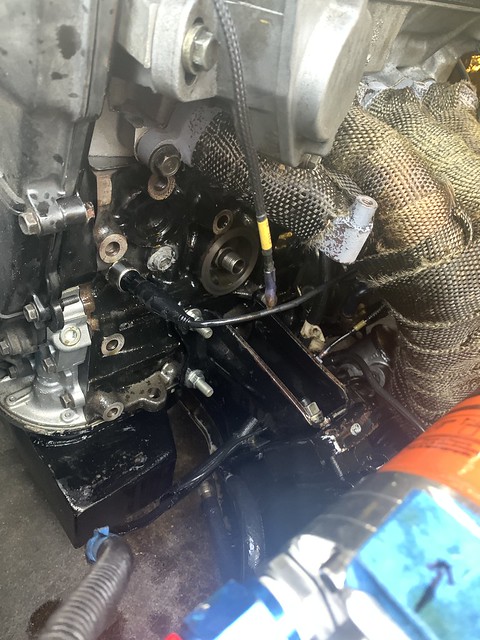 I bought this eBay universal oil cooler kit, and for the first 3 weeks it was good. Till the sandwich plate decided to pop off and spay oil all over the header. Which cause a massive smoke and my oil pressure warning light to go off. Lucky I set my low warning to go off at 15 psi and immediately turned off the car. 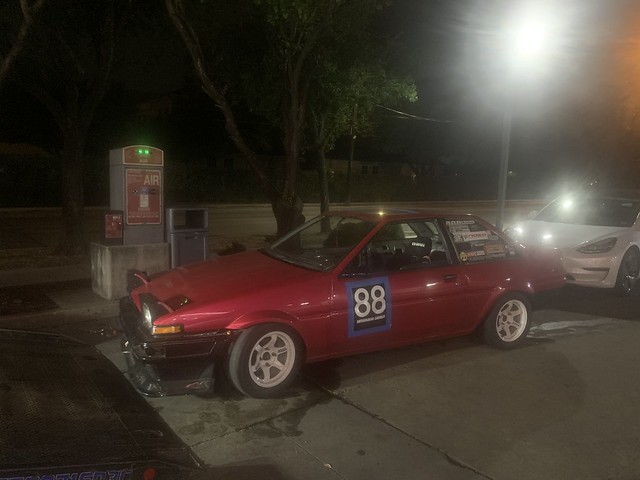 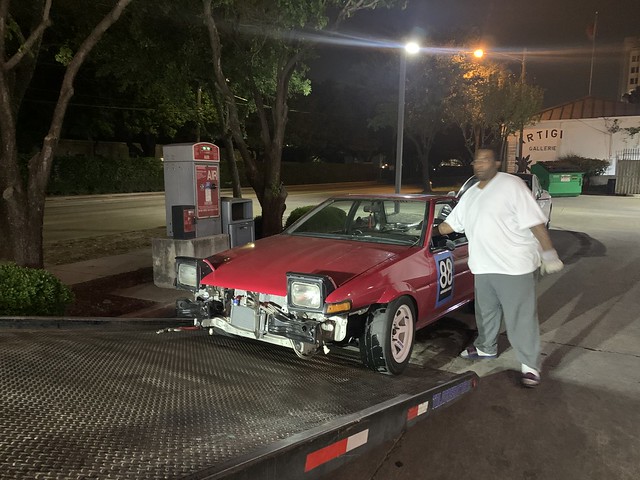 While I was waiting to the tow truck, I ordered the MRP sandwich plate. Its a lot more expensive then eBay, but MRP is proven brand and they also build race 4age motors. I had have to wait for shipping since they are located in New Zealand. In the mean time I put new oil filter to the engine block. This bypassed the oil cooler, so I can still drive the car if I needed to.

The next day, I had the car on because I was buying off the oil. But then it caught on fire!!!!! Bad move on my part for trying to burn off the oil. Thankfully I had fire extinguisher in the car, and put out the flame quickly. I had an “oh shit moment”. No serious damage. Some paint came off, and part of my gold tape got burnt. If I didn’t have that extinguisher, this would have been a total loss. After that mishap, I removed the header and the oil burnt wrap. I cleaned the engine bay from the exhigurisher residue. I found some spare exhaust wrap and was just enough to re wrap the exhaust. Sooo no oil reside issue anymore. 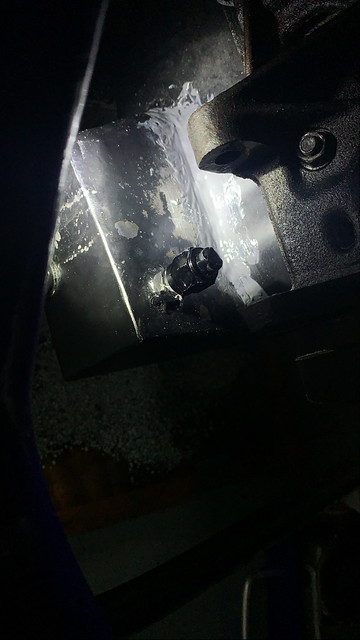 But their was another issue. The eBay baffle pan. I had a another leak on the oil pan weld. I tried to JB weld it ,but unfortunately it didn’t work and kept leaking oil. Soo I ended up ordering a baffle pan from MRP. Its a legit baffle oil pan, with a built in windage tray and trap doors to avoid oil surges common at the track. Hopefully it arrive before they open the track again. 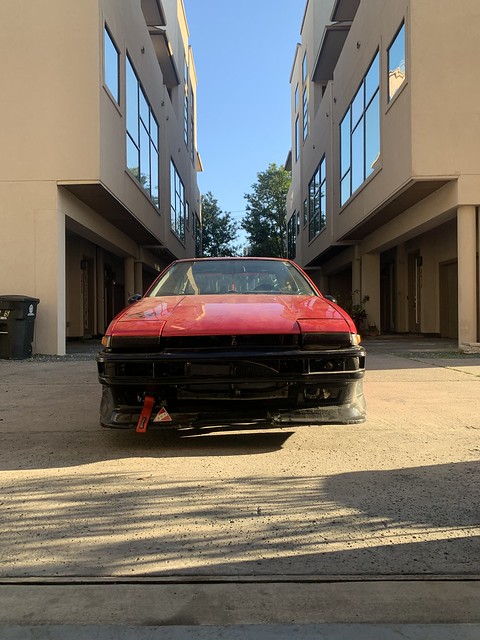 Lesson learned. You can’t cheap out on products, and get what you pay for. If you pay for the knock offs hoping to save some money, in the long run, you’ll run into issues. Then end up paying more to fix or replace the items.