Another fun day at the track. This was my first time racing at this track and was pretty far drive from Houston (4hrs). I racked up about 800 miles part of which was because I stayed overnight in Austin. Even though I track once a month I joined the novice class becuase it is my first time here. I was thinking the track would be pretty empty since its was 102 degrees outside. Surprisingly I counted 11 cars in the novice class, and was actually less drivers in the intermediate and expert class. 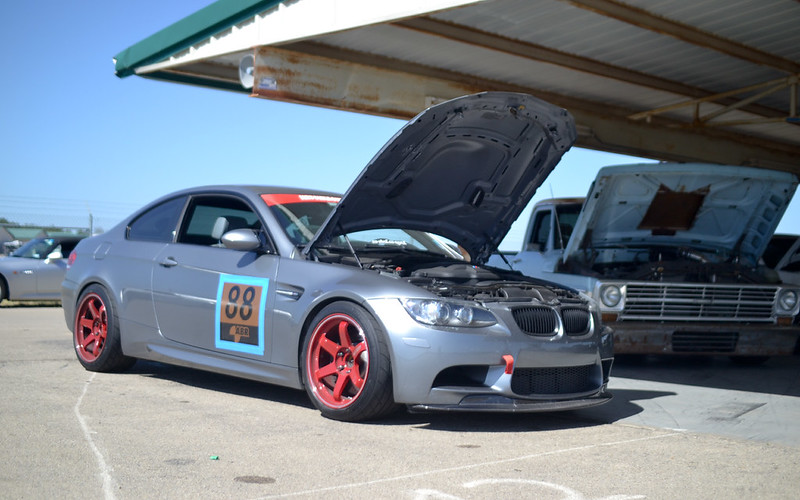 When I got there, the covered garage was filled! Grudgingly I unloaded all my tools and tires in the Texas sun. I did leave my tires and tools in the shade, at least there was room for that. 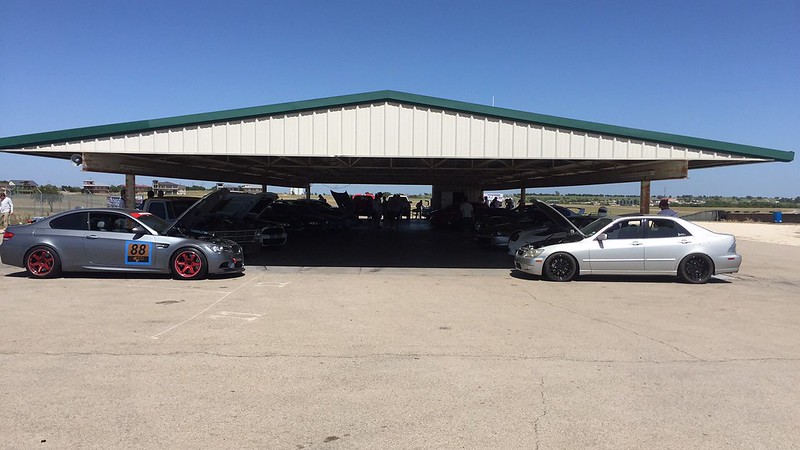 The silver Lexus IS300 is actually pretty fast in the straights, I later found out it was LS swapped! The track day included 3 sessions, each being around 20 mins. On the first session, I was behind the IS300 when it started smoking bad with the smell of burning metal. Soon afterwards it smoked very badly and pulled over to the side of the track. Then session was black flagged and required everyone enter the pits. We waited roughly 10 mins for the track workers to clean up the spill and I found out the IS300 blew a power steering hose. Thankfully we were able to get back on the track to complete our first session. 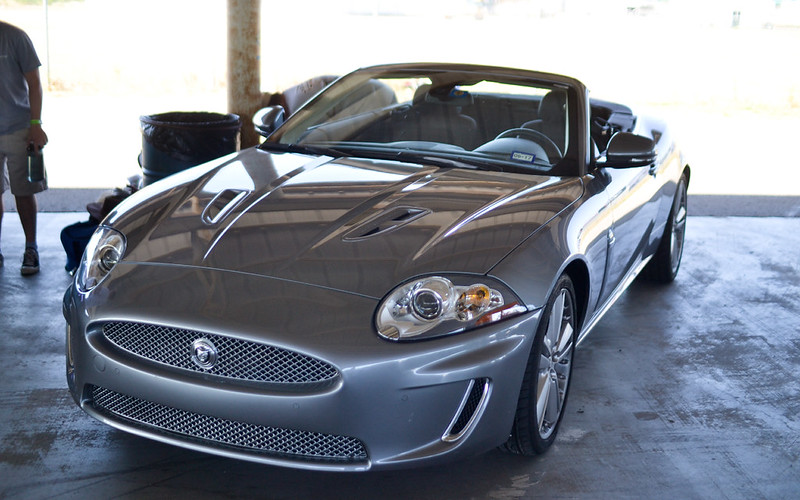 This Jaguar was just cruising on the track top down. Not that Im saying its slow at all but you could tell the guy was just out there to have a good time. Its about the experience. 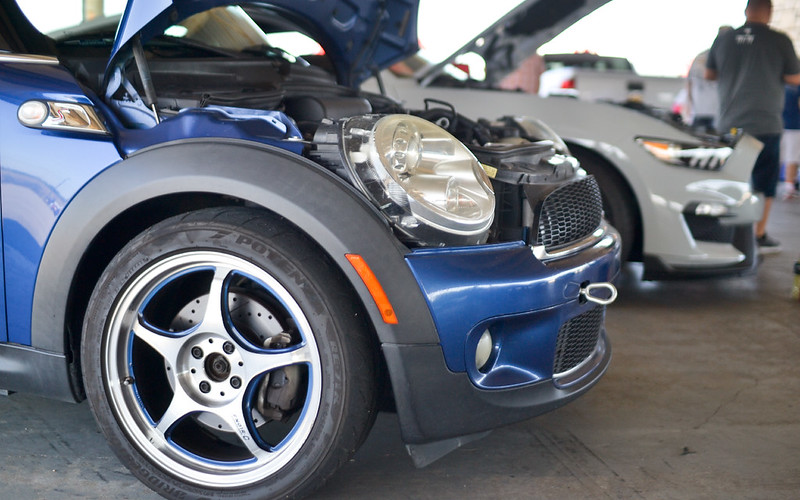 Mini Cooper on Bridgestone RE-71R. I’ve seen a lot of people run RE71Rs on the track and autocross. They say its better then the RS3. I need to try those out. 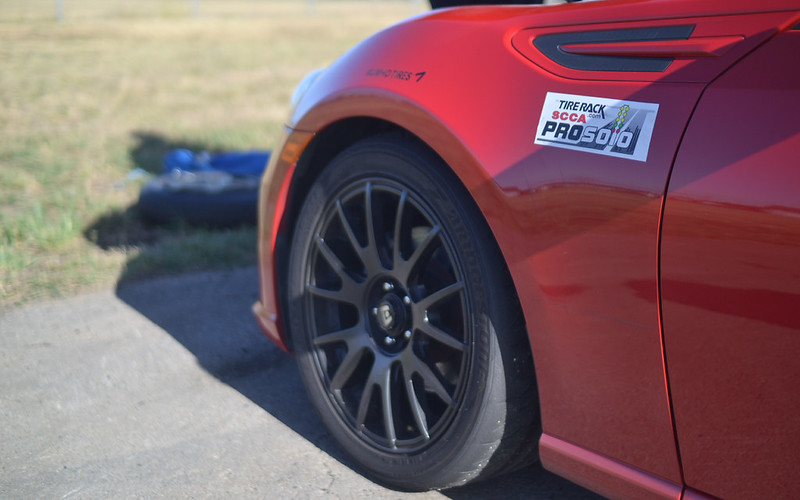 The 2nd session went through without problems and I got in a friendly competition with the Mustang Shelby GT350R. These days you always see jokes and memes how bad mustangs handle. Even on YouTube, just a simple search and you can find videos of drift and burnout fails of mustangs. I got to hand it to Ford making a track oriented car. The GT350R could never pull away from me but I couldn’t pass it either. We were evenly matched and pushing each other to the limit. This was the hardest I pushed myself and the M3. The last couple laps my tires got too hot and grip fell off. I had to back off and let my tires cool but thankfully the checkered flag was waving. After the session we shook hands on a great race. Unfortunately, which seems to happen often, my memory card was full by my 2nd session and the epic battle wasn’t recorded. 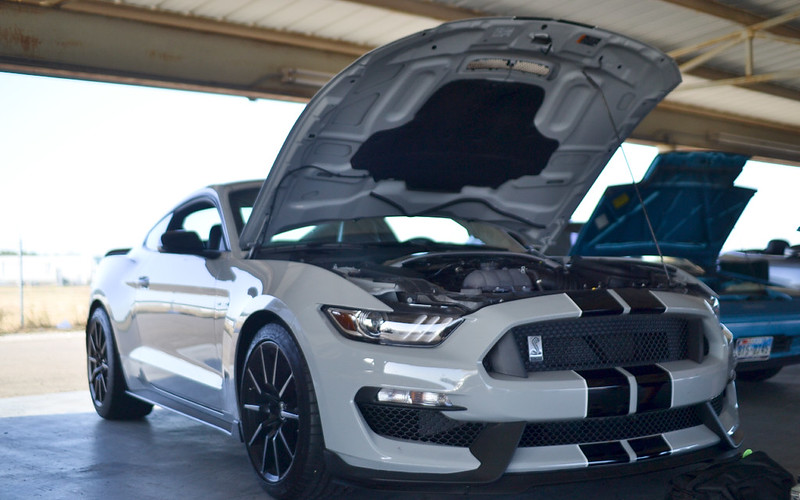 This was the GT350R I had a friendly battle with. Definitely sounds like a roaring V8, and the owner recently bought it! Still has the paper plates! For those of you that don’t know the Mustang 350R here is a little info:

After such an adrenaline filled session, on my last and 3rd session I just played it chill and didn’t go to hard on the M3. I was shifting early and using 3rd gear on 2nd gear corners. That session went on without incident and was great. The 350R did catch up to me but I let him pass, I know he probably wanted another duel but sometimes if you go over the limit that when bad things happen. After the 3rd session, the sun was setting and was just that perfect lighting to take a picture. 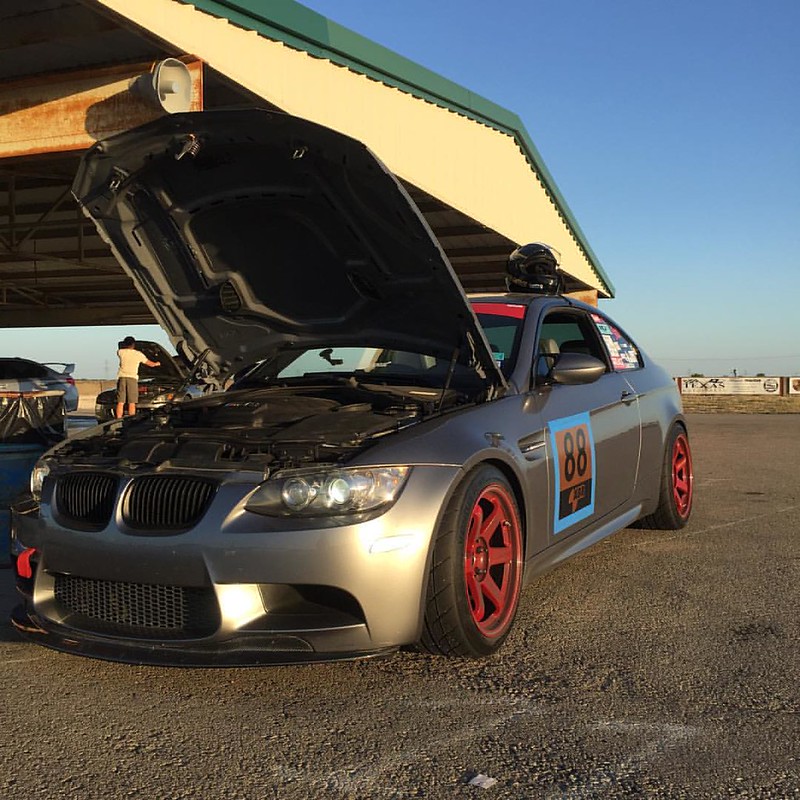 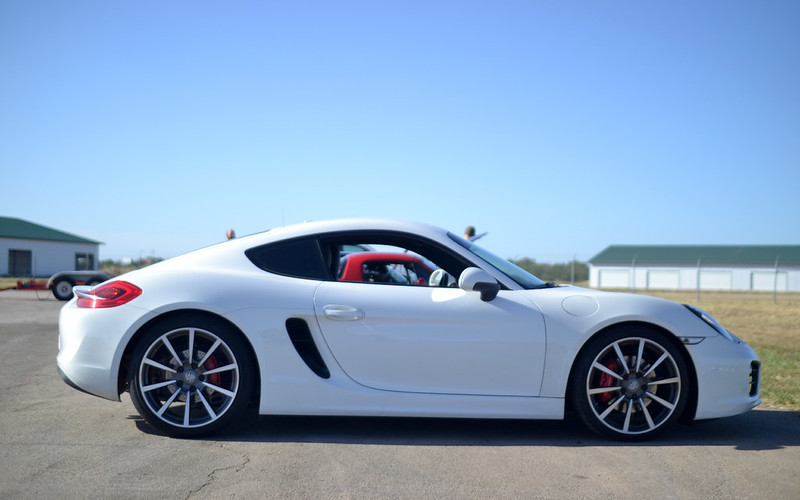 Lady driven Porsche boxer was in our run group. 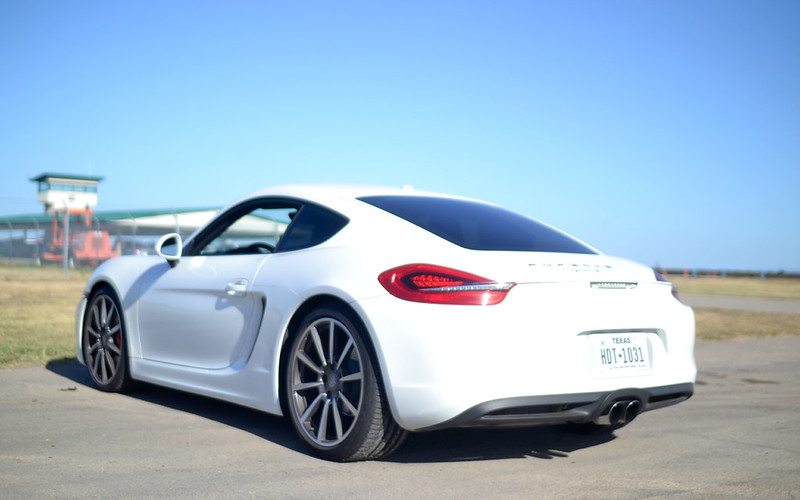 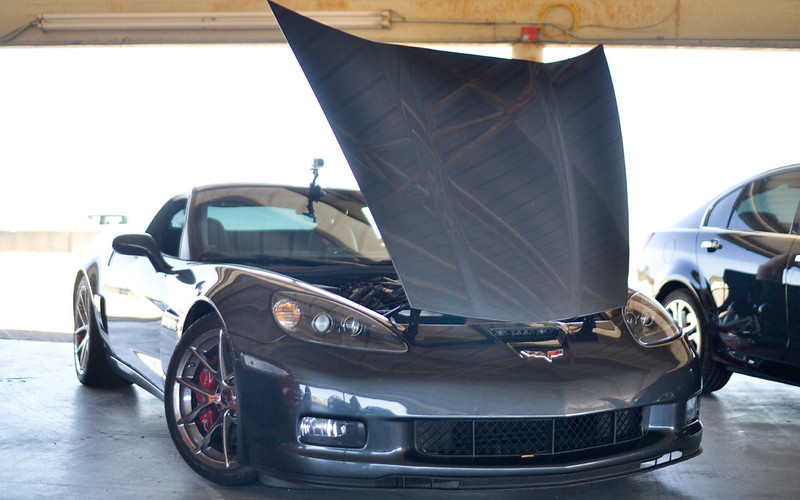 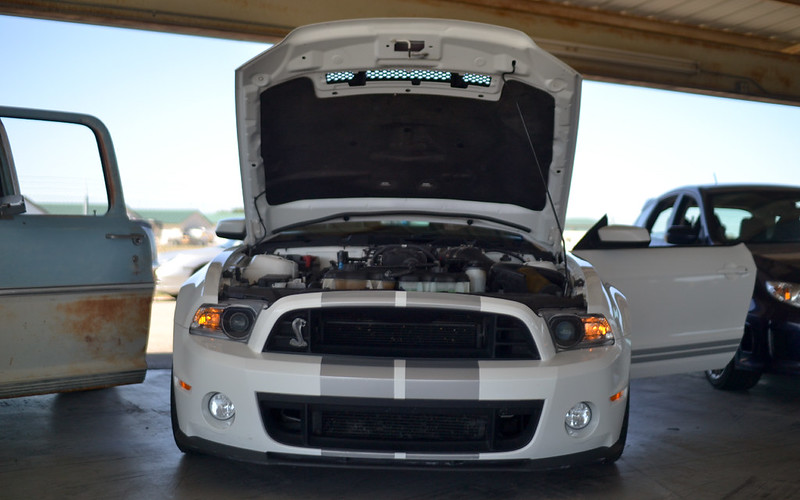 Mustang Cobra is supercharged with pullies and tune. The car is mainly used for drag racing but the owner still had a good time at the track. 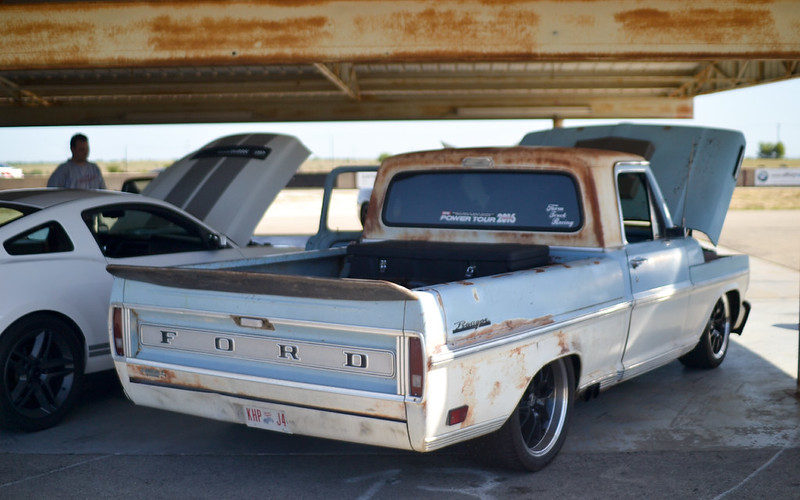 This truck was a complete custom build, tube chassis, modified frame and with a supercharged V8. Unfortunately it only did one session becuase trucks are not allowed on the circuit. Look good though, like the rat rod look. 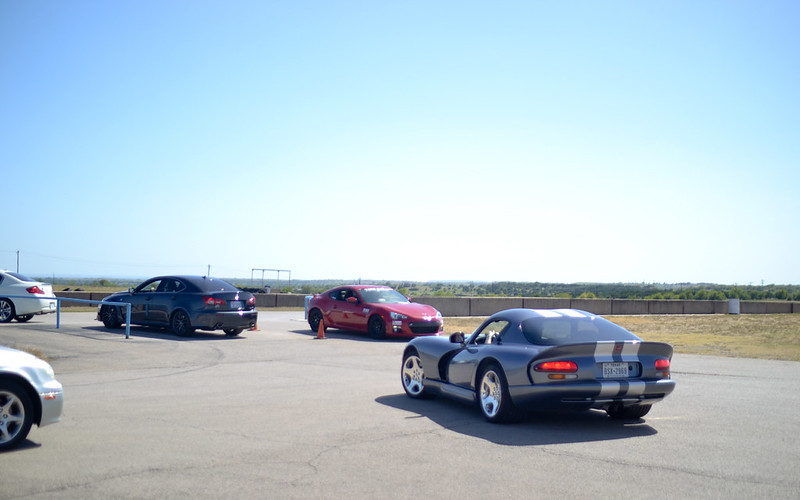 You get a good mix of cars in the run groups which makes things more interesting. 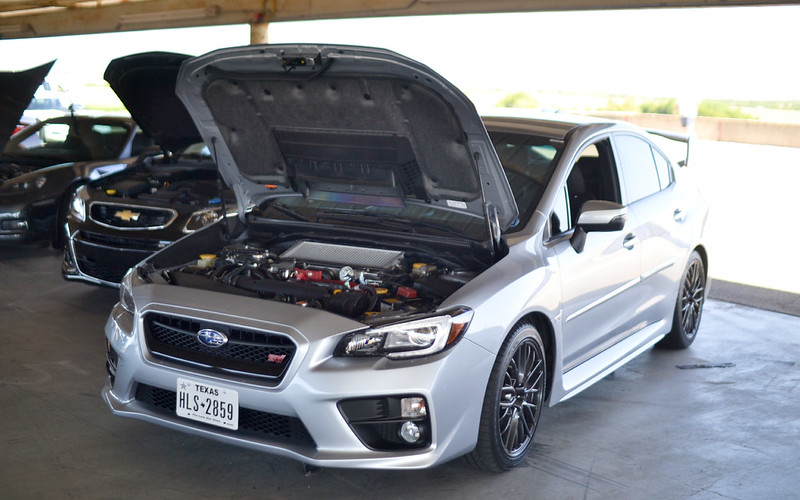 Four bangers were also out too. 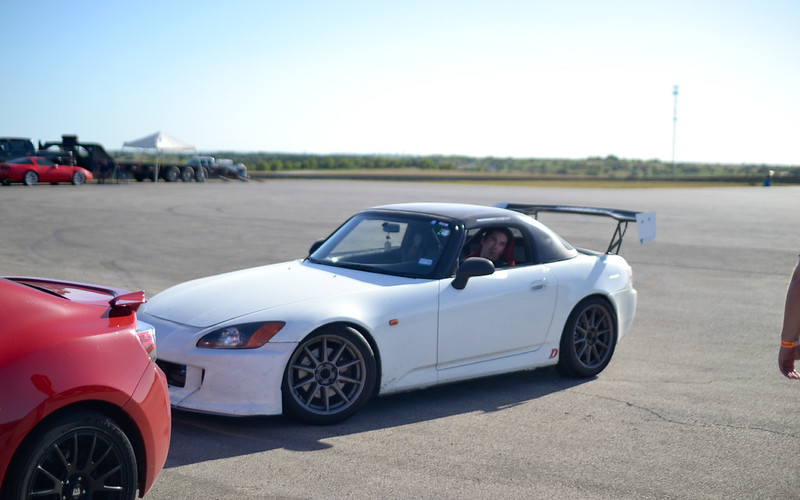 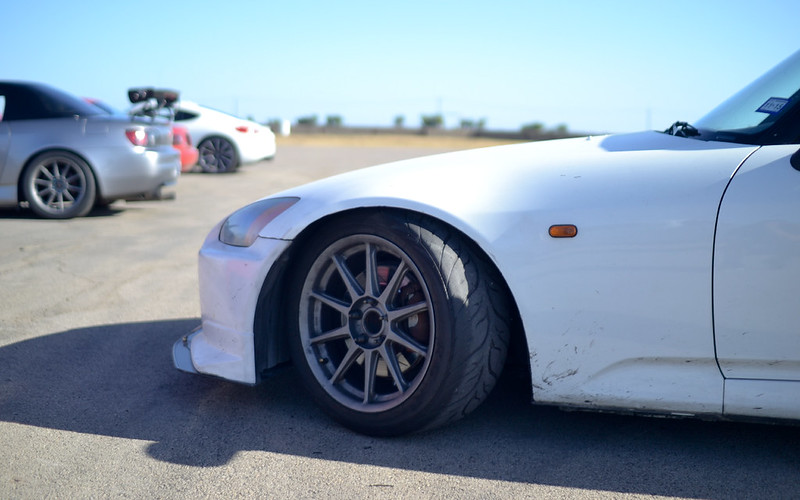 I thought this S2000 was on Hankook TD but its was rolling on Ferderal tires… I wonder how they feel at the track. 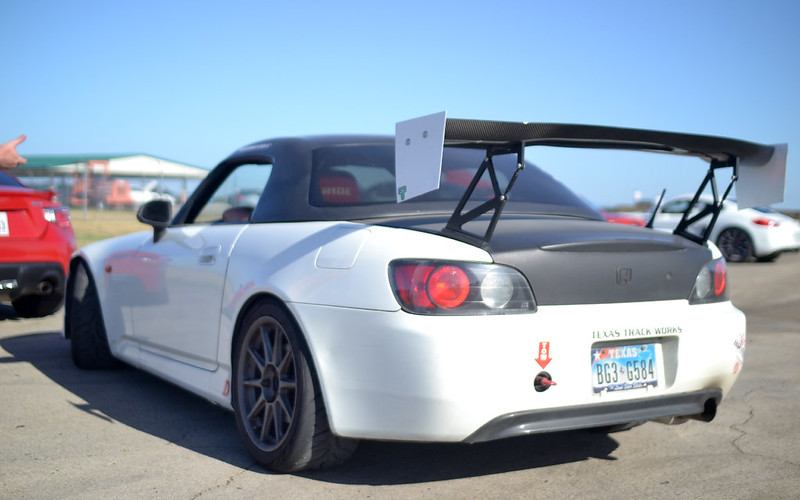 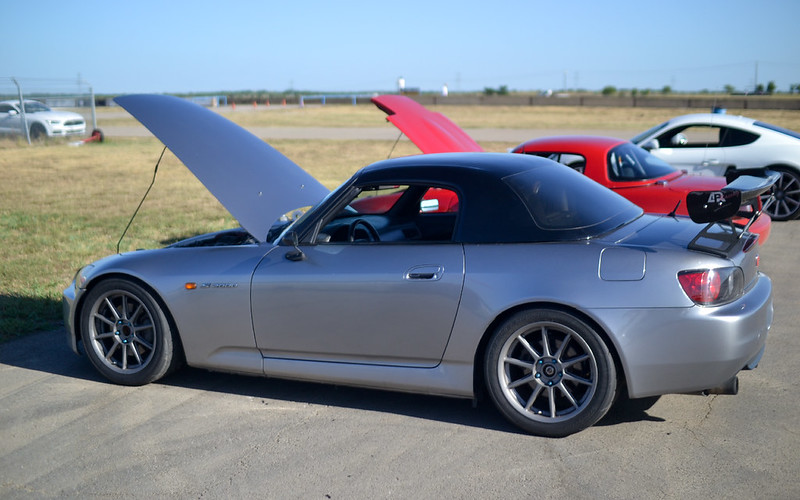 Harrys Lap timer was working seemlessly and I managed to clock 01:31.53 seconds, which I have no idea if thats fast or not. But it felt good just being out there. 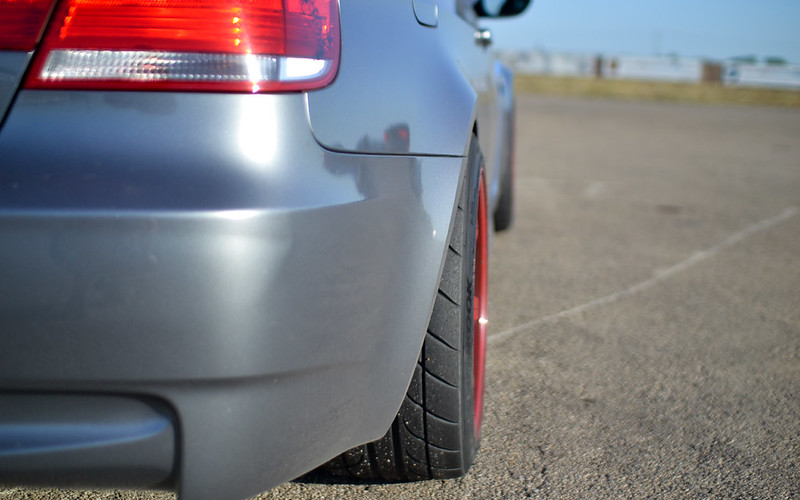 Heat cycled Hankooks did a really great job. They only over heated once because I pushed too hard on my 2nd session and grip fell off. It handled the abuse in the 102 degree heat. 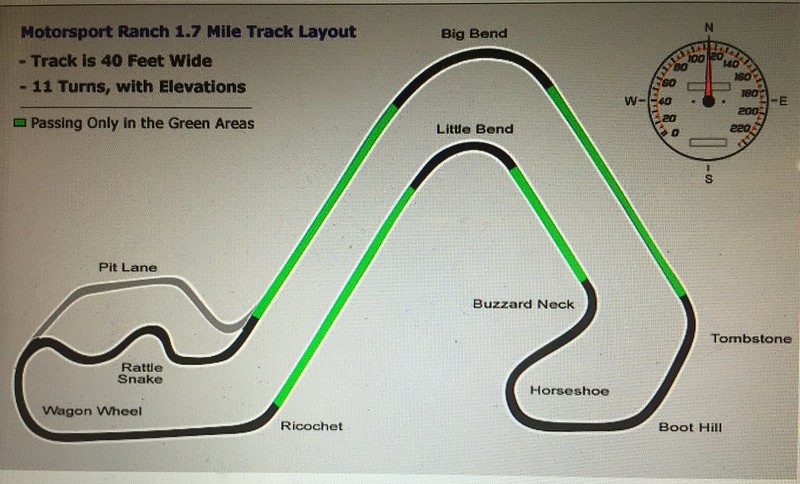 MSR Cresson consists of high speed long sweepers, late apexes with a few tight twisties (aka the rattle snake). The track isn’t terribly fast, but I managed to hit 100mph on the straights. With shorter straights and longer sweepers, the track isn’t harsh on the brakes compared to COTA or Harris Hill. You can with the amount of brake dust after my last sesson. What I really did like was how smooth the track was. The track is well kept and very close to gas stations, some even offering racing fuel. I’ll be back again. 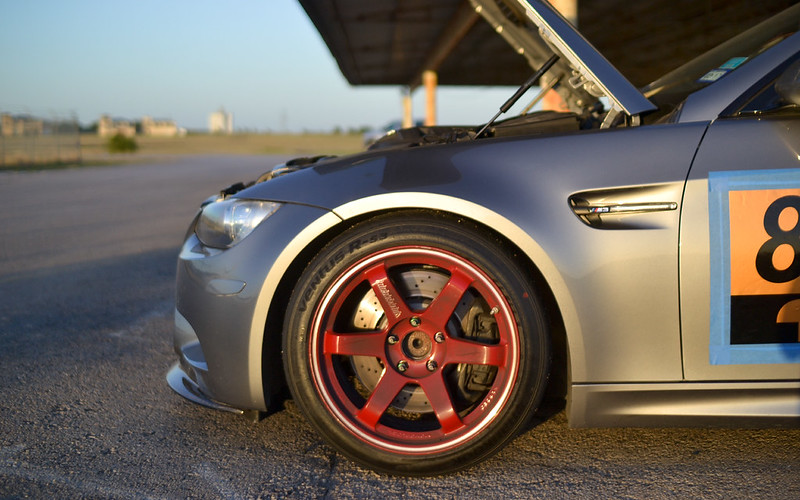 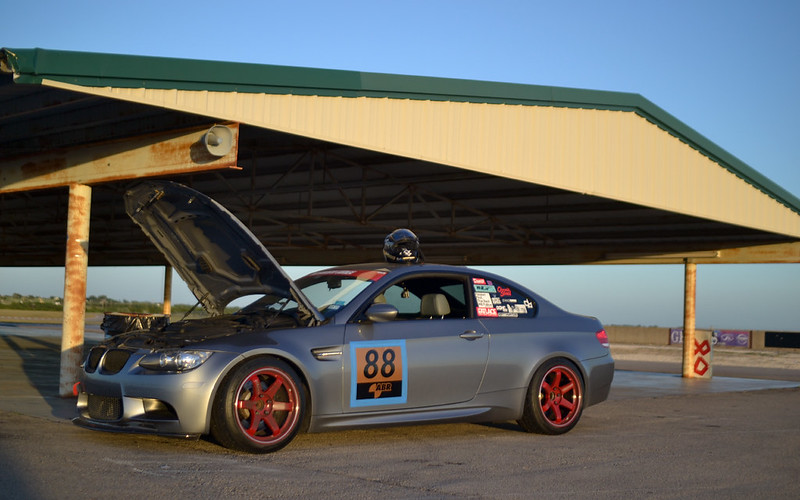