Since I do a track event once a month, and its the middle of  Texas the summer. I knew I would be racing in 100 degree plus heat. I was nervous about about overheating during my next track day at Harris Hill. With my M3 hitting 60k miles, and just a week before track day, I took my car to ABR Houston for a coolant flush. Unfortunately the plastic bleeder screw is fragile and can break easily, which is what happened on my way home after the leaving the shop. My low coolant light came on midway driving home. I immidiately added distilled water from a nearby grocery store and the low coolant light never came back on. But when I got home and opened the hood… 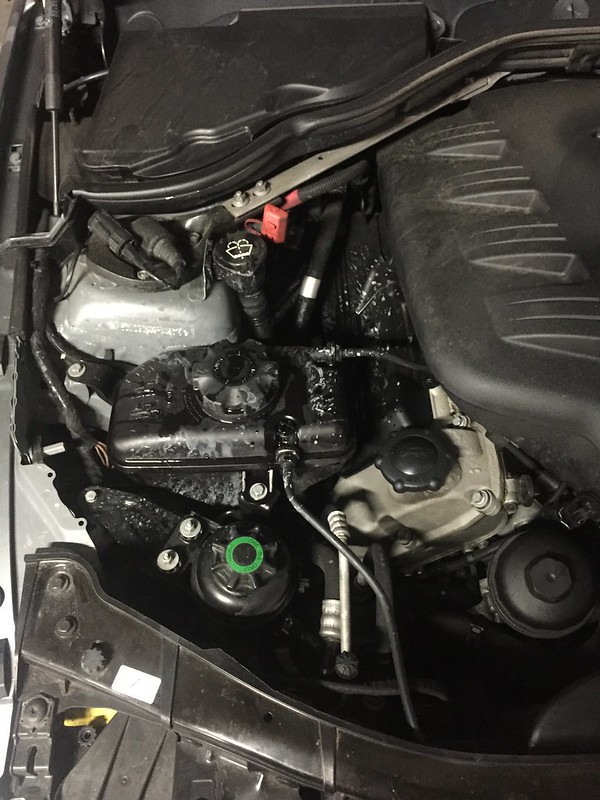 Looks like the expansion tank spilled coolant everywhere! I was totally bummed and worried that I wont be able to make it for my upcoming track day. I let the car cool down and called the guys at ABR Houston. The service advisor informed me that some coolant did spill out during the radiator flush but when I first popped the hood to add distilled water the amount of spilled coolant was minimal. I didn’t really worry but I started thinking…. It only got worse when I arrived home after adding distilled water. I didn’t overfill the expansion tank since there is a bevel that tells the max level. You could still see the fresh coolant around the bleeder screw. 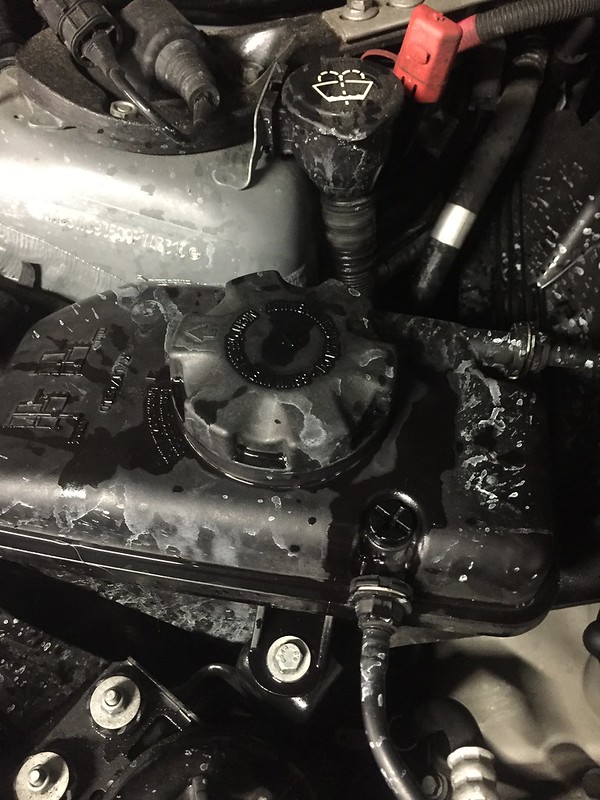 After letting the car cool and being all bummed about what happened I started to wipe the dried coolant from the engine bay. As I was wiping the expansion tank the top of the bleeder screw came off!!! 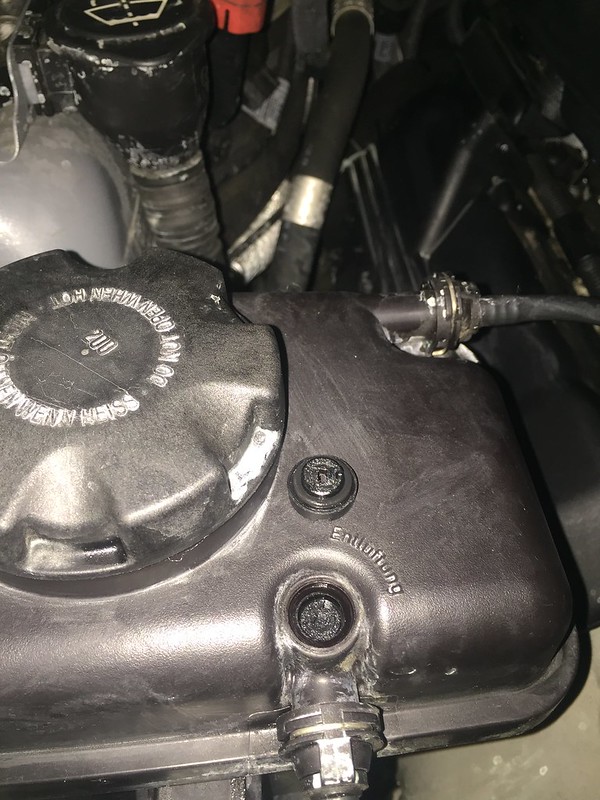 Worse case scenario, I have a partial screw that is stuck in the expansion tank. I did some research and found out that the plastic bleeder screw is known to break easily. I called up ABR Houston and spoke to Alex about the situation. Alex, the shop owner, was nice enough to drive from his shop to my apartment in downtown, and this was during rush hour! Alex was able to remove the broken bleeder screw with a left handed drill bit. The left handed drill bit catches on screw and which enables the screw to turn counter clockwise. The broken bleeder screw was replaced with an aluminum bleeder screw that wont break. So I was able to make it to my track day and race without any issues. The guys at ABR Houston know how to work on BMWs and really take pride their work. ABR Houston also did my engine bearing replacement the beginning of this year. VAC coated bearing with ARP rod bolts and no problems so far.