So recently I was asked to do a photo story on someone interesting that I know for a photography class in school. I enjoyed the project so much that I have decided to give a more in depth presentation to those of you out there that follow us here.

Thaison is one of the co-founders of Natsukashi Garage and also one of the most interesting people I know. By day Thaison works and operates a Pho restaurant rightfully named Pho Thaison by his parents. This once small operation has turned into a restaurant chain of over 6 restaurants here in the local Austin area. (Really if you get a chance stop by the William Cannon restaurant and eat some of his amazing food) At night, however, he focuses all of his energy on building and maintaining any one of the 4 Toyota Corollas that he owns. Now knowing Thaison, his love for Corolla’s is unprecedented and his creativity when building them is top notch. I’ve appreciated his philosophy of always doing what he wants on a build regardless of what anyone else says. That’s a hard trait to come by these days, especially in our scene. Even more so, Thaison is one of the few people who are truly involved in keeping the art form of the Toyota Corolla alive. Being a cult classic favorite the cars are hard to come by, but when he gets one he holds on to it forever.

Like every build Thaison’s cars go through different phases. Everything from slam the crud out of that car to raise it and race it has been done by him. Being privileged with the internet also leaves him to be inspired by peers from across the world.  His cars sometimes go with the trends and at other times go completely against then.  However, unlike most people who would send a car off to a shop to perform the work they have in mind Thaison does everything by himself in a small garage with the most basic of tools. A true artisan of his craft. 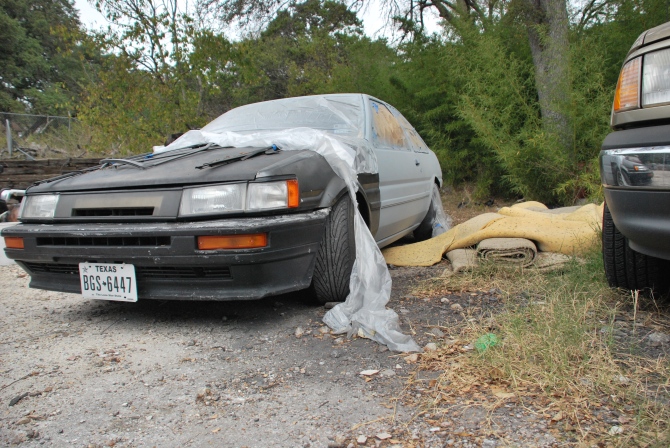 Before the Levin was what it is above, it was this. A primered car that needed some love. Instead of paying Maaco or some other shop to paint it, Thaison took it upon himself to do the dirty work.

This is the Nguyen home. I dubbed it “Vietnam” the first time I ever came over and the name has stuck. Here there is a collection of restaurant and car parts. It’s funny to see a place like this tucked away in the hustle and bustle that is South Austin.

Corolla is the name, building is the game. 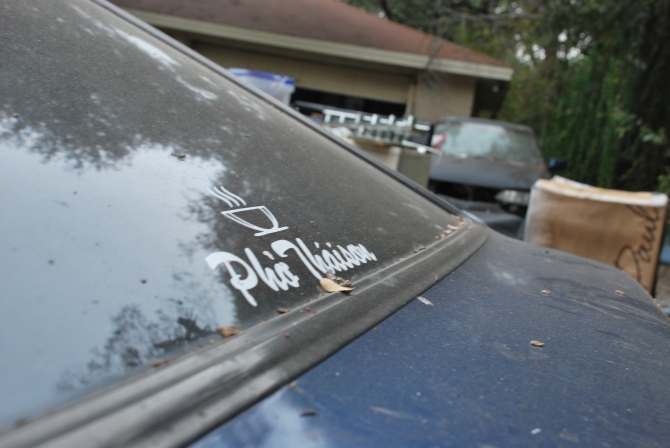 Work is never too far from Thaison. He always represents his shop proudly.

A typical work scene where Thaison is working with his co workers making us delicious goodies to consume. 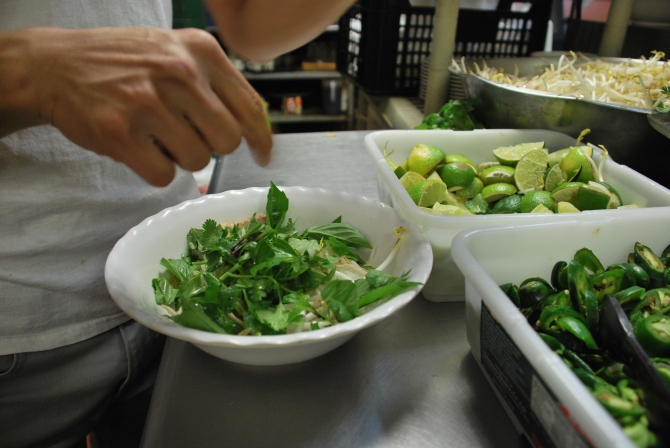 Fresh veggies for the Pho. Everything is so delicious… and believe me I’m picky when it comes to Pho. 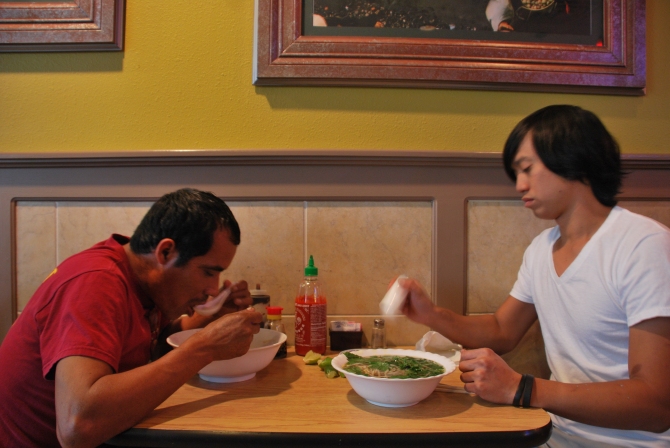 You know when the cook eats his own food it has to be good. 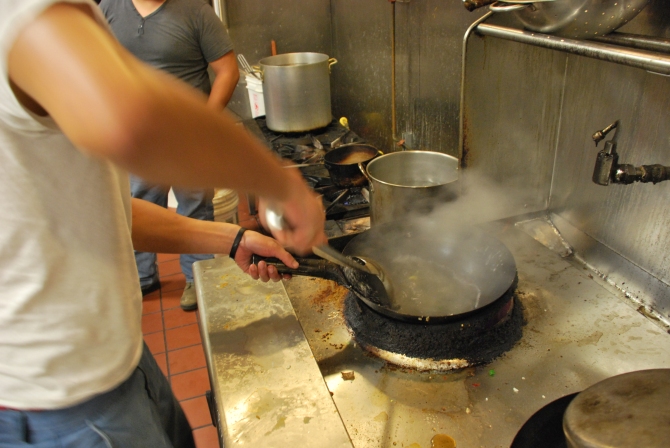 By day these hands cook and clean at the restaurant. 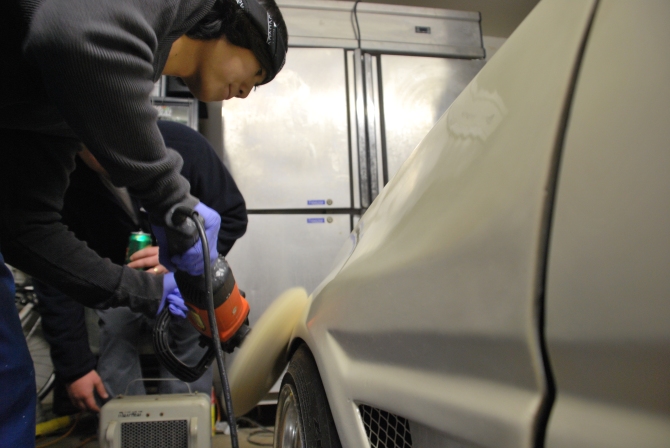 By night the labor of love takes over. I can’t tell you the amount of time that went into this paint job, but it was a lot. Given that it was his first time ever doing pant/body work everyone was very impressed with the final result.

On Saturday nights, us here in Austin have the privilege of the local meet. Here we all get to catch up with friends that we may not have time to see during the week. Everything from life, car builds, and racing is discussed.  Our group in particular does something different after the meet however. Instead of the typical drag racing that occurs these days we choose to attack the mountains. Touge is very much a part of the Natsukashi life, and this particular night was the Levin’s debut.

Cody Louis always admires a good build when he sees one.

Before we run, we must fuel up. Half tank only please! 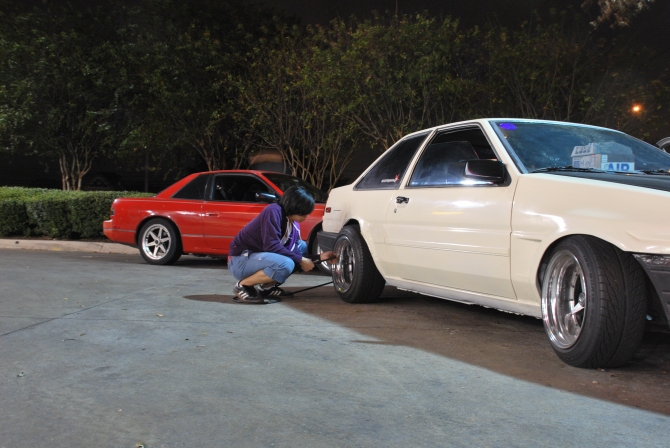 Tire pressure is always checked to ensure maximum grip in our case. For Thaison however, stretched tires make him fill them up a little more then the typical amount.

After a quick run, discussion on technique and how the run went occurs. This night was the first time everyone (minus myself) had been to this road so there was a lot to talk about.  DSD is what we have named this road and it surely is one of the most technical roads in Austin.

On the way back Thaison and crew make a stop at the DSD. Here we park, relax, and enjoy life. 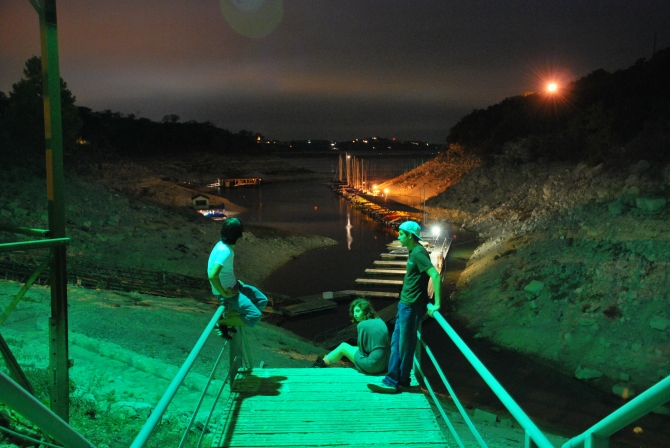 The view here is quite scenic. Back in the TGBC days (An old Touge crew that was assembled by a few old friends) we used to come here a lot after running. The water was also a lot higher back then.

Welcome to boat world. Here the more fortunate store their boats in a giant garage like structure to later be used for fun on the lake. Instead of boats we here have a dream of making it a JDM car garage where we could store our ever growing collection of classic JDM cars. It’s a big dream of ours but it will be achieved one day.

In the old days we would wander the docks and find the boats we “owned.” Most were gone now, but walking a dock at night is none the less a peaceful experience that allows one to clear their head as Thaison demonstrates.

After a run through another one of our favorite roads Thaison takes the time to check over the bay to ensure there are no unwanted leaks or animals…… in his case.

Before the sun rises we all must go home. The drive home is always an enjoyable time where one can reflect on the night and maybe the week before that occurred. For Thaison it’s thoughts of the restaurant, life, and the fact that he built something that can survive the harsh nature of road racing that puts him at peace.